Nintendo has released yet another home console hit on their immortal 3DS with the re-release of Kirby’s Epic Yarn, which was first released 8 years ago on the Nintendo Wii. With a handful of brand-new additions, Nintendo has seen fit to dub this version Kirby’s Extra Epic Yarn – that’s right, it’s not just epic anymore, it’s extra epic.

Kirby’s Extra Epic Yarn takes place in Patch Land, a world that I assume most grandma’s envision heaven looks like. The entire world is stitched together with yarn, fabric and buttons – giving it a completely unique aesthetic and a story that embraces the look. Our hero, Kirby, is transported to this new world when he bites into a mysterious tomato. It’s there where he meets Prince Fluff, who asks Kirby for help to stop Yin-Yarn, the game’s villain, who has stolen Patch Land’s magic yarn, the very yarn that was holding the Patch Land together. Now, Kirby and Prince Fluff must travel throughout Patch Land to stop Yin-Yarn’s forces and restore Patch Land back to its former glory. 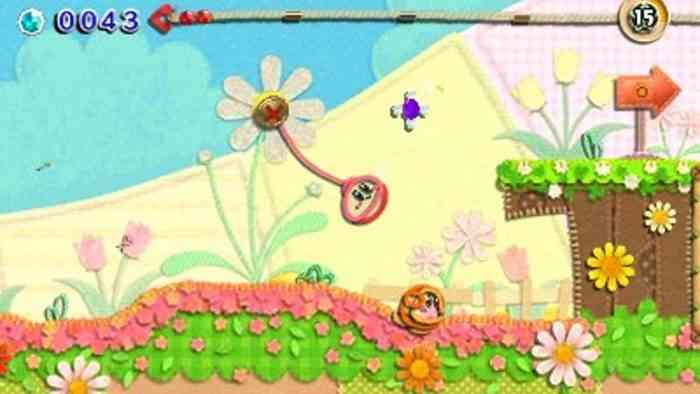 Kirby’s Extra Epic Yarn is a relatively simple 2D platformer – where players will navigate Kirby through level after level. Like most of the characters in the game, Kirby is now comprised solely of yarn. As such, any air he inhales just goes right through him – which means he no longer has the ability to inhale enemies or fly. Instead, he uses his newly-yarned body to navigate the levels in fresh new ways such as using his body as a whip to attack enemies or turning his body into a car to get a boost of speed. New to the 3DS version is the addition of Ravel Abilities, which give Kirby enhanced offensive abilities. Admittedly, these new Ravel Abilities almost make Kirby too powerful. Returning from the original version are the Transformations that turn Kirby into all sorts of fun creations to cause havoc, like the missile-firing tank or the hovering UFO.

As I mentioned earlier, the game features a completely unique aesthetic – well, it did – since then, Nintendo has utilized this style for Yoshi’s Woolly World, but still, the visuals are quite amazing. Characters are comprised of yarn and buttons. Levels are built and layered with different fabrics – it’s like you could rub the screen and feel the different textures. The game’s music features a blend of upbeat tunes, much like you’d expect from a Kirby game. And amazingly, the opening story is fully narrated! Sure, the story is a bit lame, but it’s a rare day when a Nintendo title features actual vocal narration – but it’s perfect for young gamers who are still developing reading skills.

A Patchwork of New Features

Kirby’s Extra Epic Yarn features a decent sized adventure to enjoy – but the fun doesn’t stop there. Just like in the original release, Kirby will be given his own apartment to decorate with objects he finds throughout the game. He’ll also be tasked with helping decorate other apartments to attract new residents. The new residents will offer a variety of mini-game challenges to complete. They’re not really necessary, but you’ll earn beads (the in-game currency) which will allow you to purchase more decoration objects. If you played the Wii version, you’ll be happy to know that the 3DS version has a whole bunch of new decoration objects to unlock. This new version also includes two brand-new mini-games featuring King Dedede and MetaKnight will provide players with short, but fun little time-wasters. However, probably the biggest addition to the game is the new Devilish mode. If you played the original, you might have found the game a little easy, since you can’t die (you just lose beads when you get hurt). But by enabling Devilish mode, you’ll give Kirby a health meter that will force you to restart the level once it’s depleted. Oh, and every now and then a new enemy will spawn and attack you, adding to the difficulty. Delivish mode also includes its own set of unlockables, rewarding players for trying the tougher mode. 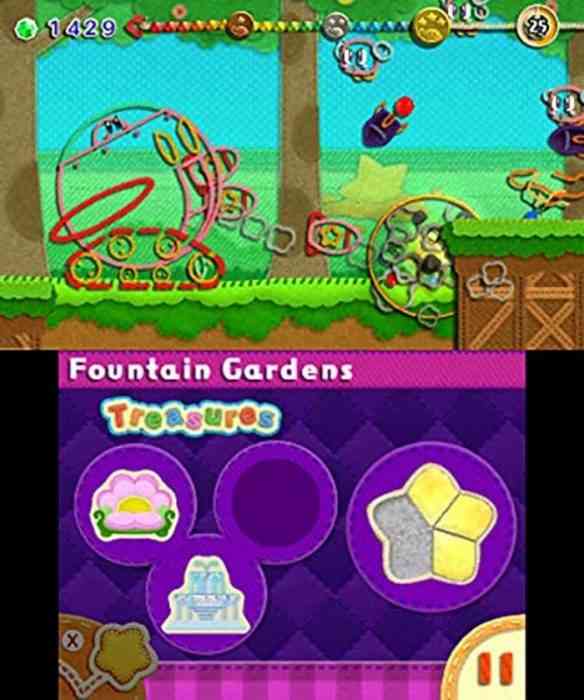 The one cut from the original Wii version is the removal of two-player local co-op. While I imagine they could have incorporated some sort of download play option to add a second player – maybe there were some technical issues that prevented this. There is a Street Pass feature, which allows you to see other players apartment buildings, but I can’t imagine too many people getting excited about that. I’m happy to report the game does feature three game-save spots on the cartridge – I shouldn’t even have to mention this, but some of Nintendo’s recent 3DS titles have lacked that key feature, so it’s worth noting. And one final addition worth noting is the ability to use Kirby amiibo’s such as the King Dedede amiibo to unlock Ravel abilities in-game.

When I first played Kirby’s Epic Yarn on the Nintendo Wii, I wasn’t a huge fan – it was a bit too easy. However, the inclusion of Devilish mode in Kirby’s Extra Epic Yarn is a perfect way to challenge players like me. I appreciated all the other additions as well, such as the new mini-games but I felt the Ravel abilities were a bit overkill. It’s nice to see the Nintendo 3DS still getting some love with a game like this, but I personally would have preferred seeing this game on my Nintendo Switch – with the two-player local co-op still included. Kirby’s Extra Epic Yarn is an easy recommendation for anyone looking for a new adventure on their 3DS as it provides an adequate challenge for all sorts of different gamers. It’s also the better use of yarn than that pair of knitted socks your grandma made you for Christmas when all you really wanted was another 3DS game. 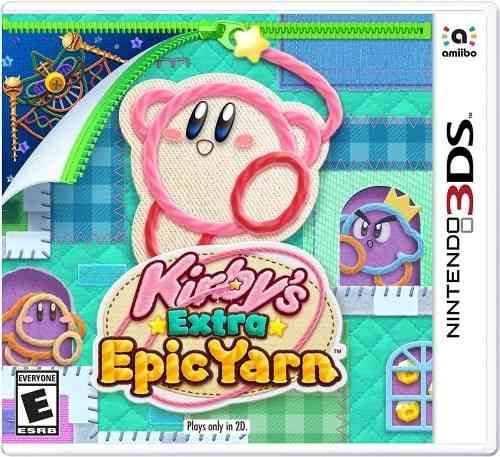 
Kirby and the Forgotten Land Heads to the Switch Next Year