Kirby and The Forgotten Land Review

Kirby games don’t change much from one installment to the next. Instead, players are treated to a constantly evolving core formula, one that never fails to entertain. Kirby and the Forgotten Land continues this tradition, giving players a few new bells and whistles to spice up the usual hits. Conversely, those bells and whistles are bigger and brighter than they’ve been in years. Even with my jaded outlook on Kirby games, I was pleasantly surprised by what Forgotten Land had to offer.

In a cute twist, the story kicks off with Kirby and friends being sucked into a ravenous portal to another world. You know, instead of Kirby doing the devouring. It’s up to Kirby to rescue his Waddle Dee pals, as well as defeat the malevolent evil infecting this realm. As usual, he accomplishes this by inhaling whatever he can get his mouth around. The twist this time is that some objects are… too much? It’s almost preposterous, given what we know of Kirby’s appetites, but still. These Mouthfuls end up being essential to your success.

Become The Stairs You Want To See In The World

You won’t win any key battles by turning into a staircase, but Mouthfuls are still a big part of Forgotten Land. Using these weird transformations gets you through tons of tricky puzzles. Traversing terrain, blowing through barriers, and tackling tough opponents are all possible with this new technique. Sure, stretching Kirby over a rusted hatchback looks unsettling, but then you’re off to the races! Somehow. Does he steer with his tongue? Or is some other internal organ threaded through the wheels? Other less disturbing objects include vending machines, giant rings, safety cones, and the aforementioned stairs. So many possibilities! 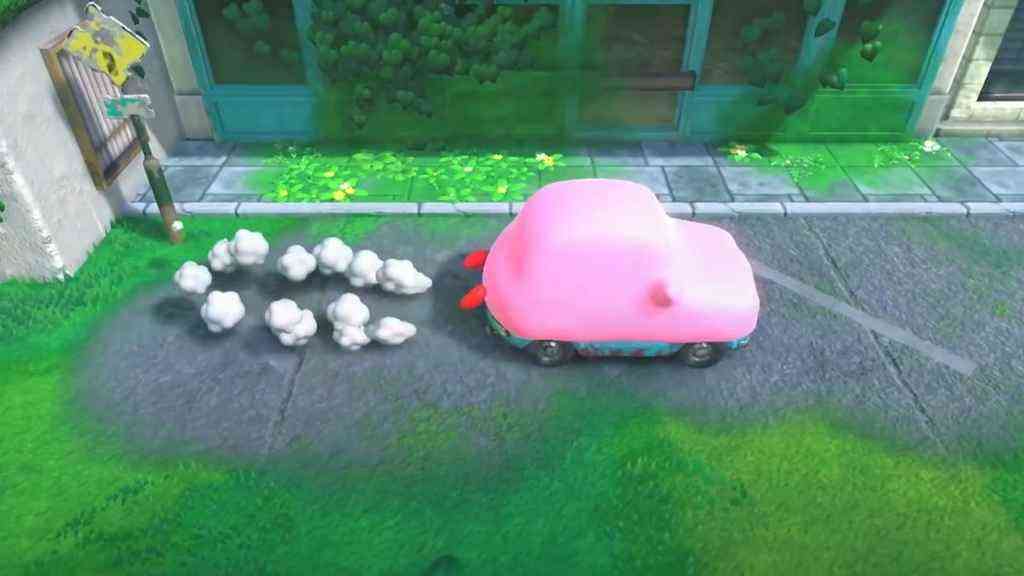 Beyond the Mouthful business, Kirby still has access to a host of copy abilities. For the uninitiated, swallowing certain enemies gives Kirby their powers. Things like bombs, hammers, swords, ice, and flames are all waiting to be scooped up. Better still, you can upgrade these powers back at your base of operations. The powered-up fireball is a particularly nasty beast. And if you’re hesitant to try certain abilities? Every world is jammed with bonus stages that require specific powers. It’s a great way to test drive something like the spikes in a controlled environment.

I Guess All The People Are Dead?

Another new element to Forgotten Land is the setting. Whereas Popstar is a whimsical world made in Kirby’s adorable image, this place is more like Earth. Not only is it full of cars, vending machines, and safety cones, it seems like people used to live here. Abandoned cities, creeping deserts, and massive ruins all paint a grim history for this world. Don’t get me wrong, this game is still extremely Kirby! The music is charming, the enemies are adorable, and the action is approachable. You just get the impression that you and your foes are playing in the bones of a dead civilization, that’s all. 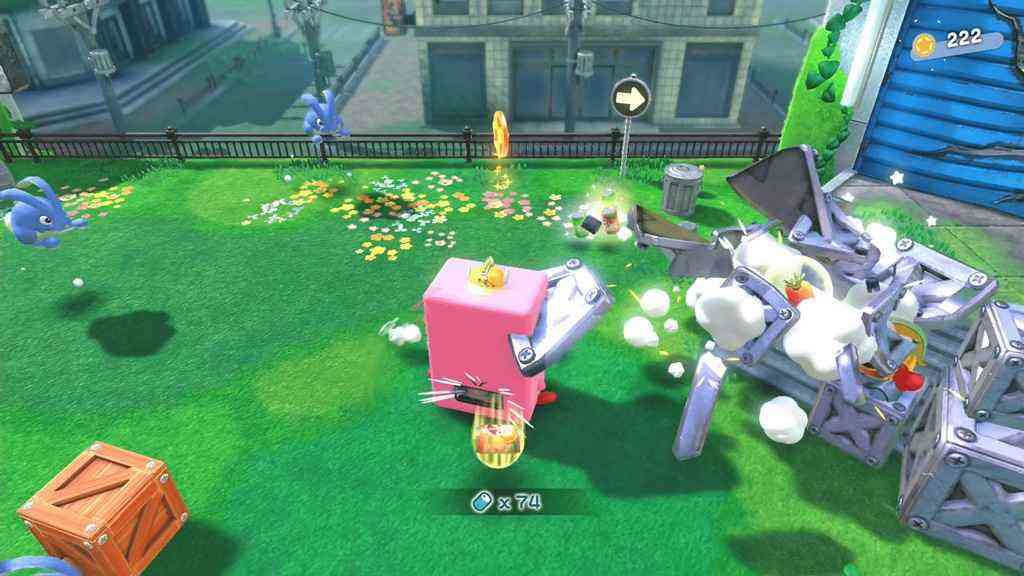 On the action front, Forgotten Land oscillates between easy and hard in fast, fluid motions. You won’t encounter much friction moving through the main story. On the other hand, you’re never short of extra challenges to take on. Those bonus stages I mentioned are a great example. You can finish them easy enough, but there’s also a recommended completion time. On that front, I fall dreadfully short 90% of the time. You’ve also got optional goals to complete in every stage. Some are pretty easy, while others are downright unpleasant. But they’re also fun!

Always Something More To Do

If you’re not in the mood for stage challenges or bonus levels, there are also minigames you can unlock. They’re more of a pleasant diversion than the other challenges, but they’re still fun. You can also indulge your collector’s itch with a straightforward gacha mechanic. It’s simple and silly, but I appreciate the option. Sometimes you just want to waste a few coins, you know? 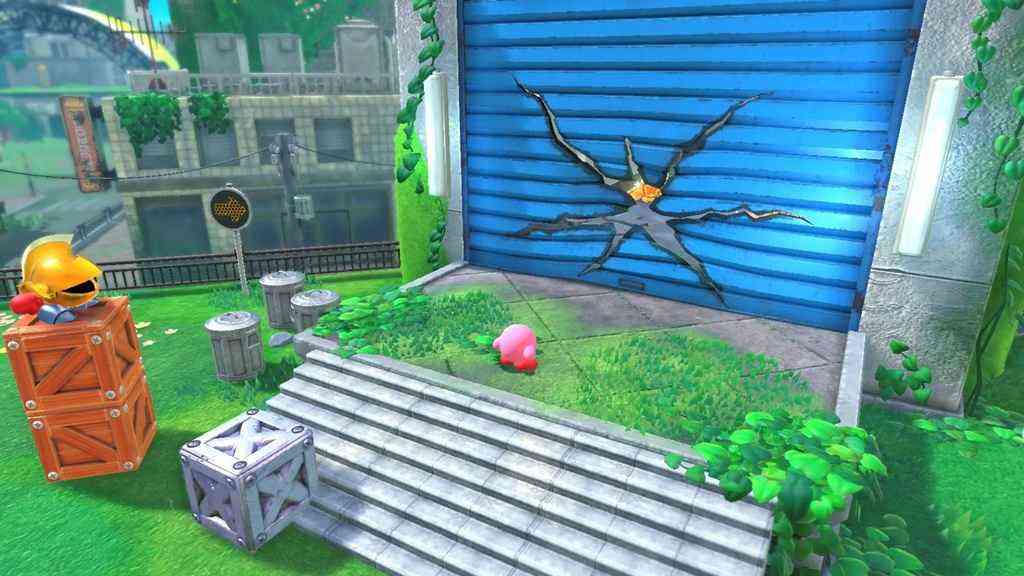 Given the open world craze sweeping the industry, I expected something along those lines with Forgotten Land. Instead, I got a charming new adventure taking measured steps outside the franchise’s usual boundaries. This game proves you don’t have to reinvent the wheel, so long as you’re adding some sweet rims. While the new mechanics are cool, I also appreciate the way old systems have been refreshed. And while the challenge level felt toothless at first, things managed to heat up in the end. In fact, the game is as tough as you need it to be, from start to finish. If you’ve been looking for something fresh from Kirby, you’re in luck. Kirby and the Forgotten Land has some delightful surprises in store.