Twitch Streamer SoaRCarl Has Been Banned for Firing Gun Live

During a recent live stream, popular Twitch streamer SoaRCarl fired a gun and he has been banned from Twitch as a result. During one of his live streams, SoaRCarl (Carl Riemer) tried to use his pistol as part of a joke, but while fidgeting with the firearm, he fired a live round at his desk. Carl tried to unload a bullet from the chamber by racking the slide, but instead he fired a round into his desk which is a violation of Twitch’s rules. Typically, SoaRCarl live streamed Call of Duty which is available on PS4, PC and Xbox One now. 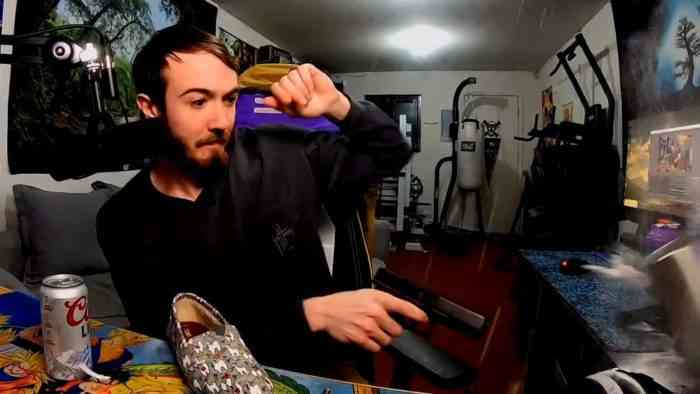 After being banned from Twitter and removed from the SoaR Gaming team, SoaRCarl took to Twitter to make a statement: “Don’t do what I did. Ever. Literally everything was going perfectly in life and one mistake ruined everything I’ve been doing for year. I cannot put into words how sorry I am and how dangerous what I did last night was.” While we’re thankful nobody was hurt from SoaRCarl’s mistake on stream, we discourage anyone from playing with a firearm as part of a joke. In the video from his stream, it’s clear that Carl immediately realized his mistake but in his apology video, he expresses disappointment rather than making excuses.

SoaR Gaming also took to Twitter to separate themselves from Carl after being banned from Twitch for the firearm joke: “We do not condone the actions on livestream by Carl last night. He has been removed from the SoaR Gaming roster effective immediately.” While it’s clear that Carl Riemer regrets what he did, Twitch cannot allow streamers to discharge weapons on stream as it may encourage further stupid behavior.

Are you a SoaRCarl fan who’s bummed he got banned? What’s the stupidest thing you’ve seen live on stream? Let us know in the comments below!