Crossy Road developer Hipster Whale has officially released a follow-up to their quirky indie title which is exclusive to Apple Arcade. The new title is available across macOS, iOS, iPadOS and tvOS devices and gamers will have to climb a spinning obstacle course. The original Crossy Road title was available across all mobile devices but it looks like as of now, Android users won’t have access to the new sequel. Crossy Road Castle is available now on Apple Arcade which costs $4.99 per month and gives mobile gamers a catalog of titles to try at one price. 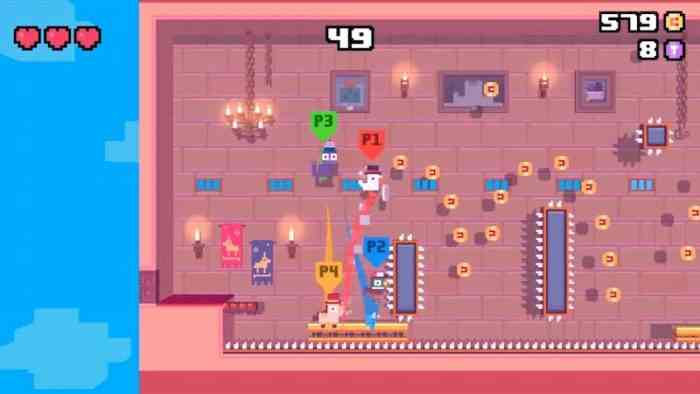 The Crossy Road Castle multiplayer is built for using a single device with connected game pads or multiple devices operating independently. There are several collectibles and the procedurally generated levels promise a different experience every time you play. The original title was a quality arcade experience but with the Apple Arcade exclusivity will prevent many fans of the original from playing the recent follow-up. Apple Arcade has several exclusives, some of which will eventually release on other platforms and the system is new and growing.

Apple Arcade officially released in September of last year and until this Crossy Road title, it’s mostly gone silent. The Artful Escape is one of several titles to make the subscription service more colorful and games like Crossy Road Castle will probably further add to the uniqueness. Although the new title is currently exclusive to iOS devices and hasn’t been confirmed for other platforms, it’s possible that the Hipster Whale developed title will release across mobile platforms eventually. Until then, fans will have to flock to the new Arcade subscription service.

Were you a fan of the original arcade game, Crossy Road? Are you going to try the new title on Apple Arcade? Let us know in the comments below!