Bravely Default 2 was recently showed off during a Nintendo Direct Mini, showcasing gameplay and plot elements. The title will apparently be similar to the original, following a new group of heroes in their adventure to locate the Four Crystals. The original Bravely Default title was an exclusive 3DS title and it provided fans a rich JRPG experience with tons of replayability, which the sequel will likely do as well. The game never received a launch date during the Direct Mini but it’s expected to come out later in 2020 exclusively for the Nintendo Switch. There’s already a demo for Bravely Default 2 on the Nintendo eShop so give it a look if you like RPG’s! 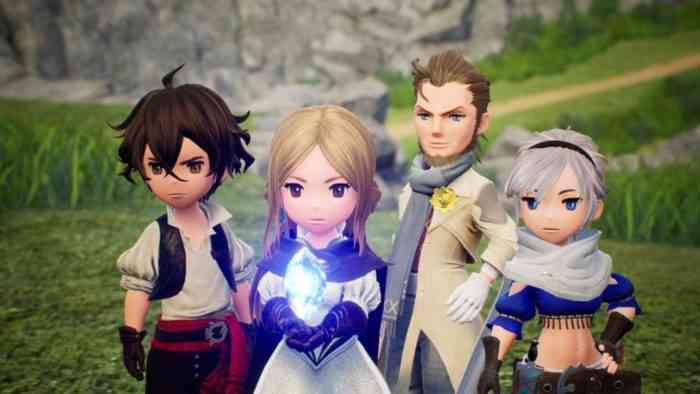 The four heroes being focused on in the Team Asano and Claytechworks Co. developed sequel to Bravely Default are: Adelle who is a mercenary, Seth the Sailor, Gloria who is apparently princess of a “lost kingdom” and Elvis the travelling scholar. This new band of heroes will likely further enrich the already deep story created with the initial Bravely Default title. The brief trailer unveiled aspects of the plot, with the group coming together to collect the Crystals in what seems to be within the first half hour of the game.

The battle system was showed off during the trailer and it allows gamers to either attack enemies or hang back until the perfect moment. This combat is part of what drew in fans of traditional JRPGs who wanted an improved combat system. The sequel is clearly well underway based on the footage showed off during the Nintendo Direct Mini but the lack of a release window is a fair precaution given the current pandemic affecting the world. The Nintendo Direct Mini started with a statement that every release date is subject to change due to the coronavrius, saying “our hearts go out to those impacted by COVID-19 during this challenging time.”

Will you be getting Bravely Default 2? Let us know in the comments below!