The popular city building title known as Cities: Skylines is still getting big content expansions, with Sunset Harbor being the most recent addition to the lineup. The latest expansion brings commercial fishing and new public transport options to the game. Five new maps are being added with the expansion as well, including tropical, temperate and boreal climates. The transportation and maritime focused expansion will set city builders back $14.99 to gain access to the new content. Cities: Skylines – Sunset Harbor is available for Xbox One, PS4 and PC right now. 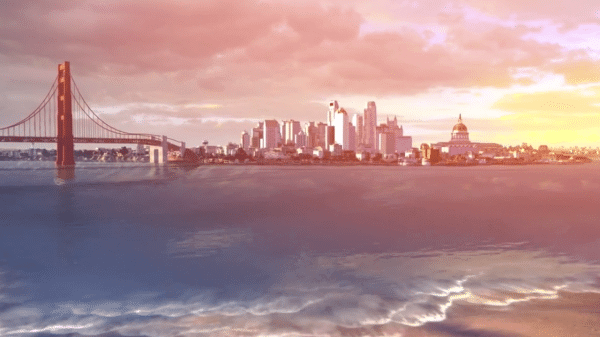 Among the new transportation options that have been added to Cities: Skylines with Sunset Harbor include an eco-friendly Trolleybus Service that utilizes electrical power from power lines to operate, the Passenger Helicopter service will transport citizens even faster and The Aviation Club brings recreational flying that will improve the entertainment and attractiveness of a city. New aboveground metro line options have been added to the game as well, with transport hubs connecting different public transport networks.

Gamers will be able to create fish farms with Cities: Skylines – Sunset Harbor, including fishing boats that transfer the farmed fish to the mainland. The expansion apparently adds four new industrial policies which focus on eco-friendliness. There’s improved waste management with a new Transfer Facilities option and Water Treatment Plants can now process waste water for reuse. It’s good to see Cities: Skylines bringing more eco-friendly options to the renowned city builder. It’ll be interesting to see how many citizens can utilize air travel or eco-friendly trolleybus travel versus the traditional methods released prior to this expansion.

Will you be getting Sunset Harbor for PC or console? Which expansion for the city builder has been your favorite so far? Let us know in the comments below!