Pokemon Home is Run by Professor Oak… Kind of

The Pokemon Company has officially released the mobile app, Pokemon Home, which is run by a Professor Oak lookalike known as Grand Oak. Grand Oak wears some rad looking shades, a smart watch, extremely long hair and an edgy goatee as he explains to Pokemon gamers how to use the mobile service. Trainers can trade Pokemon between their favorite generations to the Pokemon Home app which can hold Pokemon similar to the Box’s at a PC. Pokemon Home is available now on Android and iOS. 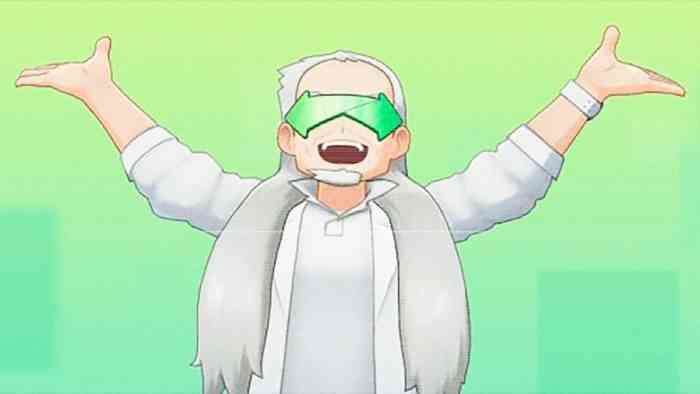 Grand Oak explains that he wants to make a National Pokedex through Pokemon Home and he gives players a Pikachu when they start up their Pokemon Home, similar to Professor Oak giving Ash his very first Pokemon in the long-running anime series. It’s unclear if Grand Oak is simply the evolution of the existing Professor or if he’s a cousin or uncle, similar to the fashionable and tanned Professor Samson Oak from the Alola region. With the introduction of Grand Oak, The Pokemon Company is turning Oak into the next Deadpool.

The futuristic design of Grand Oak reflects the aging of the Pokemon series, which initially kicked off in 1996. The potential of Pokemon Home allows trainers to trade Pokemon through the system who are equally seasoned as a member of your team. Pokemon Home will likely be used for many generations of Pokemon to come and it helps fans of the series move monsters they’re attached to from an older generation to Pokemon Sword and Shield if they’re part of the current Pokedex.

Are you excited for one app that can store all of your Pokemon? Is Grand Oak an evolution of Professor Oak or is he a relative? Let us know in the comments below!