Bandai Namco Entertainment America has recently announced the hire of a new vice president of marketing, Ross Borden. Ross Borden claimed shortly after in a statement that his primary focus will be games as a service, in addition to expanding its digital marketing and communications capabilities and Customer Relationship Management programs. Games as a service is a gaming development model that Bandai Namco hasn’t branched into much lately while the biggest money makers have perfected the concept. Dragon Ball Z: Kakarot is the developers’ most recent hit and it’s available on PS4, Xbox One and PC. 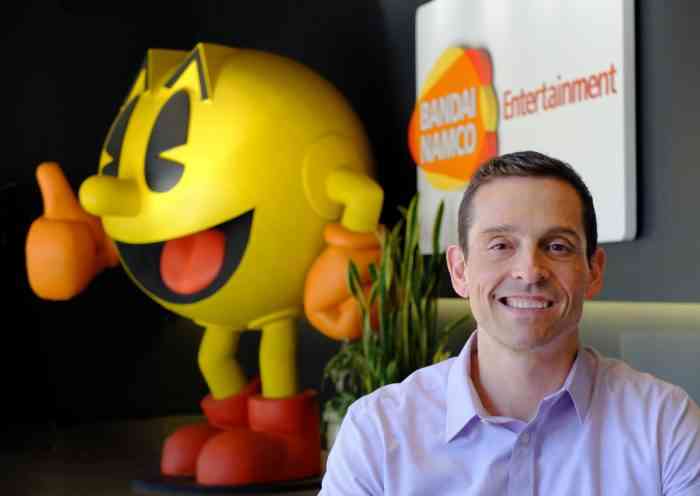 The new vice president of marketing at Bandai Namco Entertainment America recently made a statement since being hired for his role: “today, video games offer more entertainment options, through more platforms, for a wider range of players, than ever before in its history and Bandai Namco Entertainment is poised to offer some of the most unique and compelling content to players around the globe.” It’ll be interesting to see how the new vice president of marketing is able to change up the direction of the company and what effect it will have on the industry.

Ross Borden’s statement continued, “Bandai Namco Entertainment’s exciting product line-up, which encompasses a wide range of popular genres and IPs, offers countless opportunities to delight our customers. I look forward to opening new avenues of growth for Bandai Namco Entertainment’s business in the Americas.” We can’t imagine seeing a Pac-Man game that follows the games as a service development model but Bandai Namco works with a number of anime series’ which could easily transition to this model.

Does it worry you that Bandai Namco is focusing on games as a service? Do you agree with Ross Borden that the company needs to adapt with the changing times? Let us know in the comments below!