EVE Online Player Bids $40,000 on a Ship During Charity Auction

During a recent Crowd Control Productions charity auction, an EVE Online spaceship was purchased for $40,000. Developer CCP ran an auction known as PLEX for Good to raise money and awareness for the Red Cross and Australian brushfires. The ultra-rare ship that was purchased for $40,000 by EVE Online gamer Scott Manley was originally listed for roughly $13,000. The Golden Magnates is a ship that’s only owned by one other EVE Online players and only five have ever existed at one time, with three of them being destroyed. EVE Online is an epic space MMORPG that’s available on the PC and Mac now. 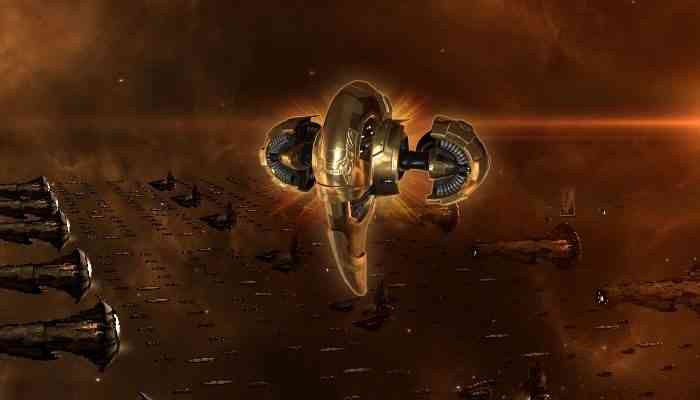 At the conclusion of PLEX for Good, CCP will apparently convert all of the donations into an equivalent value of real-world cash and donate it to the Red Cross and this $40,000 purchase will lead to more funds for charity. The Golden Magnates was originally listed by an EVE Online gamer known as Kelon Darklight and the auction received significant attention because of the rarity of the ship. Scott Manley is a YouTube content creator with over a million subscribers and he was able to secure the auction for the rare EVE Online ship.

“Apparently Kelon Darklighy is selling anincredibly rare internet spaceship in @EveOnline with the proceeds going to charity,” said Scott Manley on a recent Twitter post. “Assuming I can remember my login I think I’m going to make a bid.” Apparently he did remember his login information as Manley was able to secure the Golden Magnates for $40,000. Since winning the auction, Manley created a video on his YouTube channel to celebrate the rare Golden Magnates.

Are you surprised by how much EVE Online players are willing to spend on a rare ship? Is it easier to drop big money during charity events? Let us know in the comments below!