WWE 2K20 released with a plethora of problems and 2K is aiming to fix them over time with patches, starting with the recently released update 1.02. 2K games was quick to make a statement on Twitter shortly after the buggy game’s release as people quickly took to the social media platform to share their simultaneously hilarious and infuriating experiences with the wrestling game. WWE 2K20 is available now on Xbox One, PC and PS4 and it’s more playable after update 1.02. 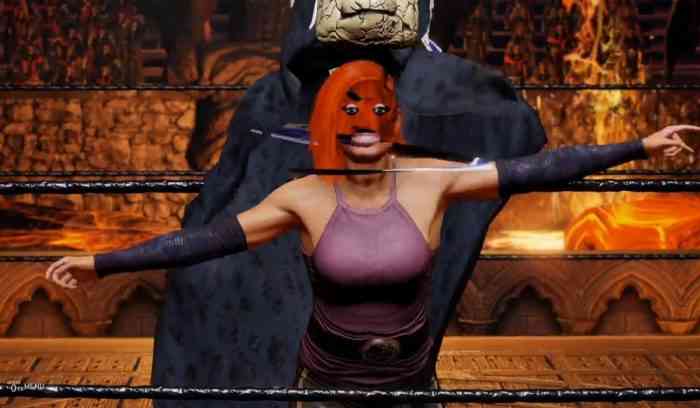 Update 1.02 is officially live on Xbox One, PS4 and PC and it aims to fix the following WWE 2K20 bugs, glitches, errors, etc:

It seems like update 1.02 will fix several issues wrestling fans are encountering, though it’s likely many bugs will remain as 2K has already admitted it will take multiple patch cycles to overcome the buggy mess the game was at launch. Many of the glitches people were encountering made the game unplayable so we’re curious to know how many game-ending glitches are resolved but we doubt the game will look drastically better than previous WWE 2K titles by the release of 2K21. Unfortunately, these fixes mean less hilarious videos of wrestlers in compromised positions will circulate on social media.

Who’s your favorite wrestler and what’s your favorite game mode to play in WWE 2K20? Were you a gamer who put up with the glitches to have some good old arcady wrestling fun or did you hold on to last year’s 2K game? Let us know in the comments below!