The Moment Wrestling Fans Have All Been Waiting For

Today is a big day for wrestling fans everywhere. Crucial information about WWE 2K20 is finally out. No more leaks. No more rumors. Everything is official. A trailer did leak yesterday which revealed much of this info, however, it is always nice to hear what’s happening directly from 2K. 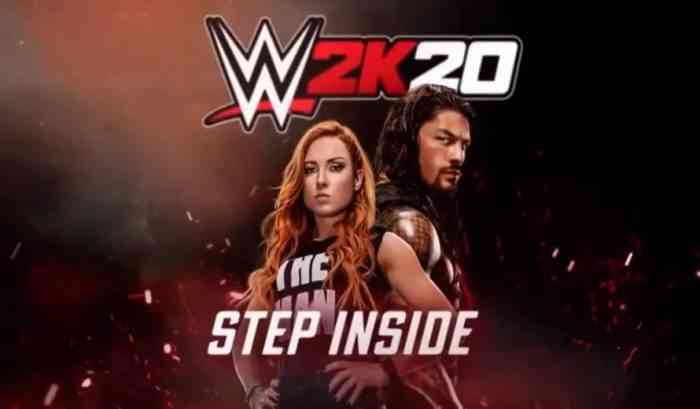 This year will not feature one wrestler on the cover, but two instead. Roman Reigns and “The Man” Becky Lynch will be the ones to grace the cover of this year’s annual release.  Both wrestlers are massive superstars within the WWE world so it is no surprise that 2K has chosen them as their cover athletes. Adding two cover athletes is quite the shakeup. For the past eight WWE games, there has only been one wrestler on the cover.

2K has confirmed that you will be able to play as both male and female wrestlers in the MyCareer mode. You will also be able to have tag team matches that include both genders. This is something that 2K has been promising to fans more some time. So it only right that they give the fans what they want.

Fans will not have to wait much longer for the game either. WWE 2K20 is scheduled to drop on October 22nd for the PC, PlayStation 4, and the Xbox One. The Switch will not be getting the game. WWE 2K18 crashed and burned on the Nintendo Switch and it appears that 2K does not want to try again any time soon. Wrestling has a passionate and loyal fanbase that will happily buy their games. There is really no need to take any risks at this point.

Stay tuned for any more information that might come out prior to WWE 2K20’s release in October.