Sony Interactive Entertainment recently patented a PlayStation cartridge design in Brazil with the Instituto Nacional da Propriedade Industrial. Senior Art Director at the Corporate Design Center of Sony Interactive Entertainment, Yujin Morisawa, created the design for this cartridge who also worked on the PS5 devkit design. Just like the devkit design, the cartridge design was leaked by Dutch website LetsGoDigital who spotted the application almost immediately . Currently the only Sony gaming console to utilize cartridge technology is the PS Vita so this design could be for a successor to the handheld. 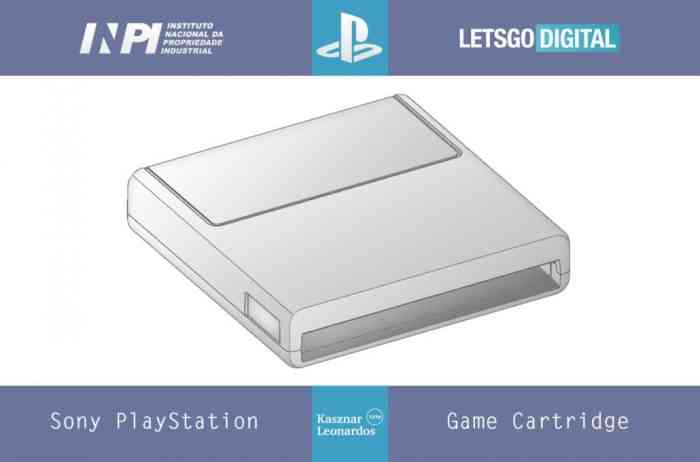 Sony went through local IP agents  Kasznar Leonardos to submit the patent application in Brazil. Though the purpose of this PlayStation cartridge remains unclear at this point, we can rule out the PS5 using cartridges. The PS5 has already been confirmed to feature a Blu-ray drive that can read triple-layered discs so this cartridge design almost certainly serves another purpose. Though Sony has made clear that they’re not working on a new handheld console, mostly due to the PS Vita’s failure, it’s clear the cartridges won’t be for their next-gen console.

Because Sony recently fined a Russian business for Death Stranding leaks, we’re curious to see if LetsGoDigital ever faces repercussion for their PlayStation patent leaks. Though the PS5 might not utilize cartridge technology, it is possible one of the next five PlayStation consoles they’ve patented will. While the PS5 is apparently the easiest Sony gaming console to code for so far, the PS4 became the second best selling console of all time, right behind the PS2. 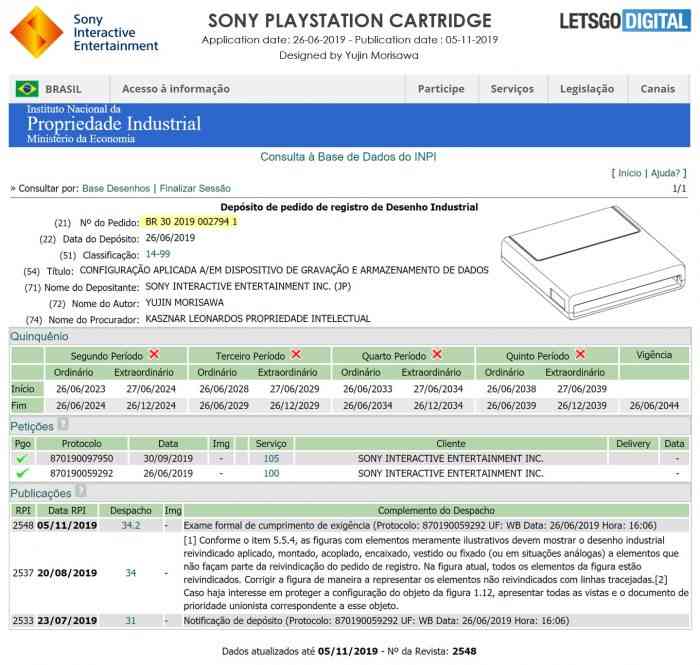 What do you think the PlayStation cartridge is going to be used for? Do you think it’s designed for a portable console, one of the upcoming PlayStation consoles or maybe the next PSVR? Let us know in the comments below!