During a September update, BioWare General Manager Casey Hudson shared various projects the internal teams are working on. Anthem’s Cataclysm update is one step towards reaching the full potential of the game and BioWare continues to listen to community feedback while making fundamental changes to the game. Star Wars: The Old Republic Onslaught releases on October 22nd, breathing more life into the eight-year-old MMORPG. As Casey Hudson cheekily teased the progress of Dragon Age 4’s development, he revealed the company has several unannounced “big projects” in the works. 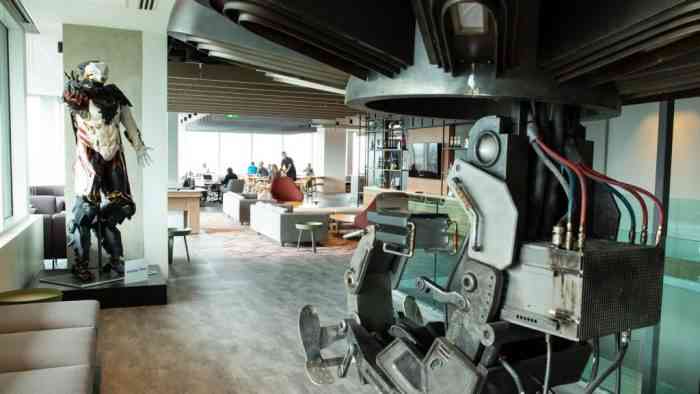 “We have several other big projects in the works. I wish I could tell you more about them, but they’re mostly super-secret right now,” said Casey Hudson during the September update. “I can confirm that indeed the Dread Wolf rises.” According to the update, BioWare expects to put a lot more work into Anthem, seeing Cataclysm as a positive fundamental change to the game after community feedback. The Anthem team will produce constant updates to the game, adding content and more features to show gamers their long-term vision of Anthem.

Apparently while the BioWare team in Edmonton started pre-production on the new Dragon Age game, the large and growing team had to relocate studios to the ICE District in downtown Edmonton. We hope that the new studio helps BioWare produce the best Dragon Age game to date as their team continues to expand. The Austin studio is working on the Onslaught update for Star Wars: The Old Republic which will add two new planets and a revamped itemization system in a return to Corellia. The teams long-term commitment to The Old Republic is sure to inspire some lapsed fans to return with the Onslaught update.

Considering no matter what we search about BioWare on Google, one of the top results is “is EA going to shut down BioWare?” this update fills us with confidence that the studio still has lots of games left in them. Were you worried the studio was in trouble after Anthem or did you have faith that EA would keep them around? Are you looking forward to the new Dragon Age or do you want to know what these unannounced projects are? Let us know in the comments below!