This New Hitman 2 Target Won’t Be Around For Long

The second Hitman 2 Elusive Target, nicknamed “The Revolutionary”, became active this past Friday and he’ll be strutting about in the game’s Colombia level until December 30th.

The target’s real name is Vicente Murillo and he’s a Cold War-era rebel who’s returned to South America with plans to “create a new world order”. Murillo is paranoid and apparently likes drinking so players should probably bring some type of digestible poison with them on this mission.

If Murillo is successfully killed then players will be rewarded with Agent 47’s Casual Tourist outfit with gloves. The rewards list for Elusive Targets can be viewed here. These rewards appear to be mostly just unlockable suits. 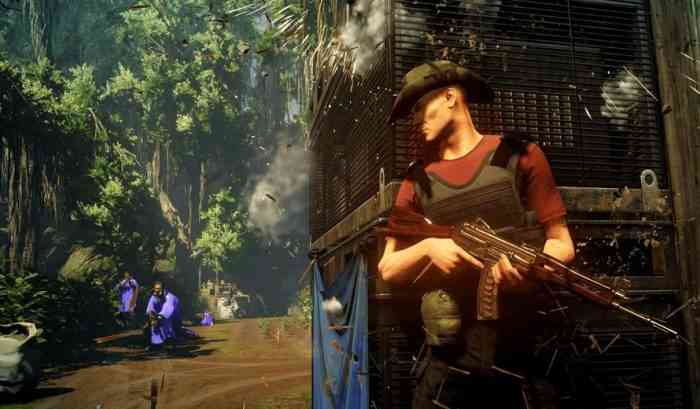 Thinking of buying Hitman 2? Well, our review of the game is a pretty thorough, detailed assessment of 47’s latest mission so why not go ahead and give that a read before buying it?

“From rigging a chandelier to fall, poisoning a drink, or straight up shooting the target, players hold the lives of their targets in their hands,” the reviewer wrote. “While going in guns blazing can be successful, there is nothing more satisfying in Hitman 2 than successfully killing a target with either nobody knowing or under the guise of an accident.”

Santa Goes on a Killing Spree in Hitman 2 This Month

This New Hitman 2 Contract Will Get You Into the Halloween Spirit
Next
Death Stranding Reportedly An Amazing Online Game
Previous
Gris Is Already ‘Profitable’, Says Its Developer