Hitman 2 Is Getting a New Elusive Target on December 21st 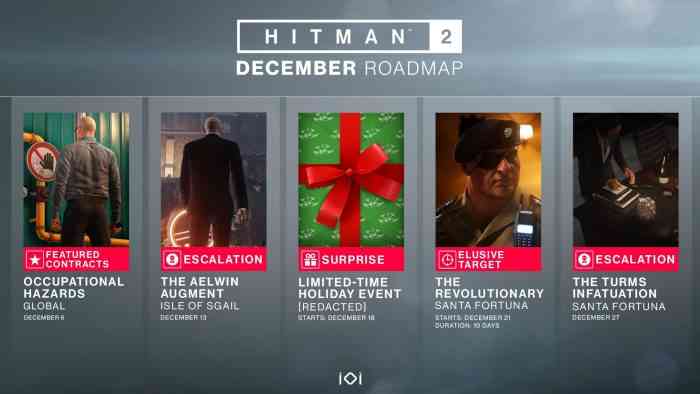 As you can see in the image posted above, “The Revolutionary” Elusive Target will become available on the 21st and will hang out in the game’s Colombia map for 10 days. Successfully killing this target will net you a version of the default outfit for the Colombia level but with gloves. Hitman 2 developer IO Interactive has a handy chart that shows the types of rewards players receive upon completing these missions.

Also, on Thursday, a set of featured contracts (which are player-made contracts picked by IO) will become active. This set has a theme revolving around accidents, according to the developer.

“For Hitman 2, we will pick our Featured Contracts based on themes – and the first is ‘Occupational Hazards’, as all contracts are focused on jobs, occupations and professions,” IO explained. “Later this month, we’ll share information on the theme for January and how you can submit your contracts to be included.”

If you’re interested in picking up Hitman 2 then you should read our review.