Ever since the Monster Hunter movie was announced, fans have tried to piece together what a live-action take would look like. That or they’ve thrown their thoughts into a bottomless pit of oblivion. Well, today we received our first official image from the set. 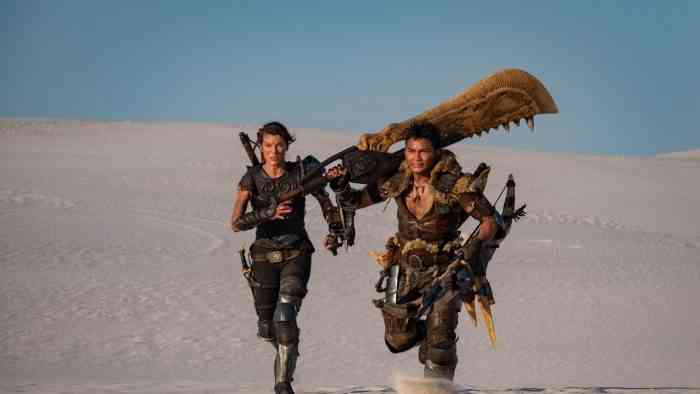 Above, we see actress Mila Jovovich as the film’s heroine, Natalie Artemis. Besides her, we see Tony Jaa as the hunter whose character has been relegated to the cryptic look on his face. As you may or may not be able to tell, the film has opted for a modern take on the ancient video game franchise. You can read about it in the official synopsis released alongside the image:

“Behind our world, there is another: a world of dangerous and powerful monsters that rule their domain with deadly ferocity. When Lt. Artemis (Milla Jovovich) and her loyal soldiers are transported from our world to the new world, the unflappable lieutenant receives the shock of her life. In her desperate battle for survival against enormous enemies with incredible powers and unstoppable, revolting attacks, Artemis will team up with a mysterious man who has found a way to fight back.”

It is clear to see the aesthetic goal of the film, now that we see Jovovich and Jaa in-character. At the same time, it’s hard to deny that Jovovich could just as easily pass for Alice, her character from the Resident Evil film franchise. The notable difference, however, lies in the slinger she wears on her left arm. You can also miss the dual blades on her back if you’re not paying attention. Sure, the modern military take represents a departure from the colonial backdrop of the video game series, but what may make or break this movie is the monsters themselves. The prop team did a great job with the Jaw Blade, which is our most positive sign thus far. Now, we just have to see how it looks when smashed against a monster’s face. 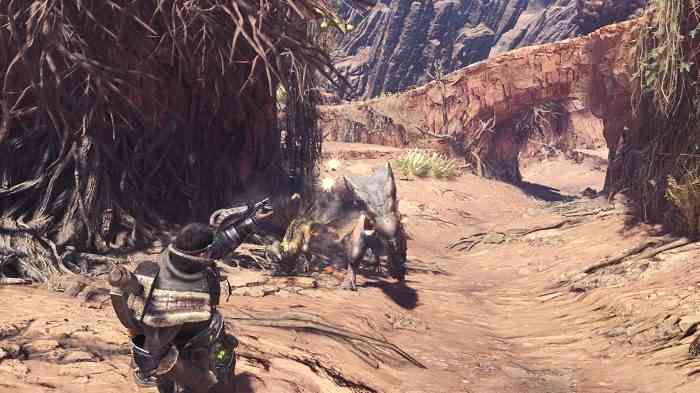 When referring to Jovovich in an interview with IGN, director Paul W.S. Anderson likened her to the player character in every game. “She is the game player, in a way, she is the audience’s avatar, their way into the world.”

Anderson then talked about the locations we can expect to see over the course of the film: “The idea that there was this Ancient Civilization that existed in the deep parts, and which, when you’re playing the games, you sometimes kind of stumble upon the ruins of this civilization, an advanced civilization that brought about its own destruction. And one of those sets of ruins provides a big backdrop for the final act of the film. So it’s a pretty varied landscape. I mean, you’re not gonna get as many landscapes as you would if you spent fifty hours playing Monster Hunter World, but I think for a two-hour movie, you’re going to really go on an amazing journey with amazing visuals.”

The location in the photo above, taken in South Africa’s Atlantis Dunes, was inspired by the Spiral Wastes. Expect more news on the Monster Hunter live-action film as time goes on, such as a release window.