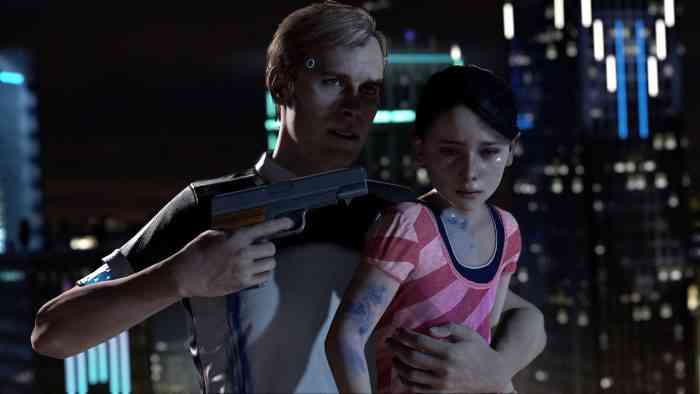 “Come on, everyone! It was just a little fun!”, or that’s what the team behind Detroit: Become Human hoped you’d think. Reaction to a tweet from the brand spanking new Detroit: Become Human official Twitter account yesterday caused them to rethink their strategy and delete what many thought to be a childish attack. Perhaps looking to go the route of Wendy’s ‘smart aleck’ Twitter attitude, the Quantic Dream developed Detroit account tweeted this; 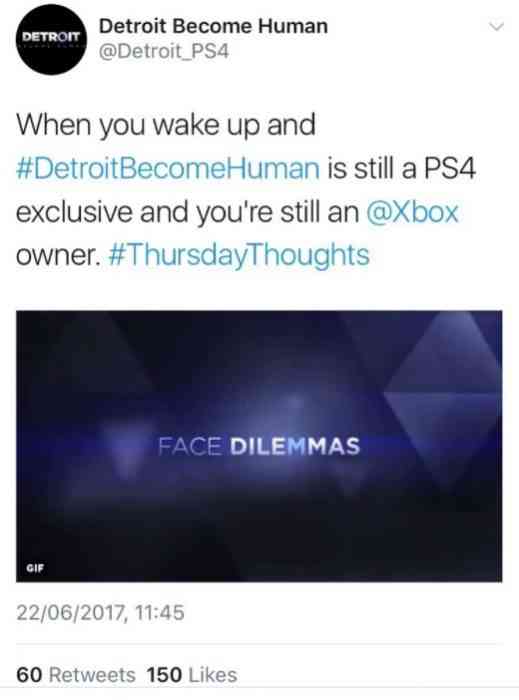 Something tells us that they didn’t expect the reaction to be so negative, even boldly @-naming the official Xbox account. Perhaps a friendly ‘competition is good for us’ back and forth was expected? Either way, after only three short hours the offending tweet was swiftly removed from existence but as we all know the internet never forgets. There were some amusing responses to this bold poke in the eye from the Twitter community at large.

The overall reaction to the tweet was negative in nature with a bunch of the social media back and forth turning into fanboys yelling names at each other. While the result isn’t what they’d hoped for, we’re fairly sure they never intended for the PR stunt to turn out quite like that. Regardless of the ‘negative’ attention (I mean we’re talking about it, aren’t we?), we’re still incredibly excited for David Cage and Quantic Dream’s next offering. After playing the demo at E3 we were left wanting much, much more. You can read our hands-on preview to get an idea of just how good the game is shaping up to be.

What’re your thoughts, readers? Friendly jab gone awry? We’d love to hear your thoughts below in the comments section or over on Twitter!