If You Wanted to Play Titanfall 2 in Dynamic 4K, This Is Good News

Keeping it real with their dedication to fans, Respawn Entertainment went ahead and updated their website with an important post. In it, they mentioned new DLC and highlighted their plan to enhance Titanfall 2 for the Xbox One X. 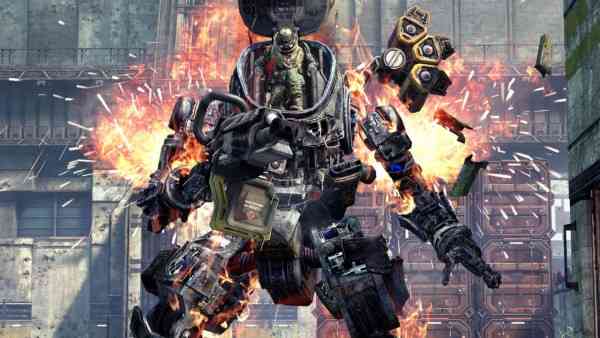 With a million active players on a monthly basis, Respawn is committed to keeping the game fresh. Titanfall 2 on the Xbox One X will reach the 4K mark. And adhering to Microsoft’s promise, it will offer the most graphic fidelity of any console.

“Titanfall 2 will support Xbox One X. This means 4K resolution for increased fidelity as well as support for dynamic super scaling.”

Furthermore, Respawn has new content in the works. A new DLC pack will be arriving on August 27th, and it will include 2 new maps – War Games and Traffic. Furthermore, there will be a new execution, a new weapon, and a brand new mode.

“Map: War Games – Pilots on the Frontier frequently use simulator pods to train, using life-like recreations of historical battles as combat scenarios. War Games highlights the civilian shops, tall buildings for window-to-window fighting, and city streets for Titan combat from the Battle of Angel City, and the large, open tank garage facilities for hand-to-hand Pilot combat from the Battle of Airbase Sierra. The outskirts of the map feature a clean, VR style perfect for Titan duels, while Pilots are often found running along the bright, interconnected wallrunning routes.

Live Fire Map: Traffic –A weathered test site where pilot positioning is pitted against mobility across two busy thoroughfares. Dense cover makes every corner a threat, with room for snipers to hide in the back fields.

3rd Weapon Slot for Pilots – You will now be able to equip a primary, secondary, and anti-titan weapon.
Titan Brawl will be added to the permanent list of game modes. Titan damage will be displayed instead of assists.

Additional details for balance changes, features, and updates will be provided in the patch notes closer to launch.”

Anyone can purchase Titanfall 2 for PC, PS4, and Xbox One and download content at no additional cost. If everything Microsoft said about their new console is true, then Xbox One players will be able to use their current copy of Titanfall 2 to play on the Xbox One X. Side note: the game is incredibly cheap.

Will you play Titanfall 2 on the Xbox One X? Drop a comment below.