As mentioned in the preview article, adapting a 850 page novel into an eight hour mini-series creates a tricky balancing act for the creative team. They must walk that tightrope of compressing events of the book without losing the tone and spirit of the source material. From the opening scene of the first episode we see the story compression and by the end of the episode we can happily report that the spirit of the story has been retained.

The first five minutes establish two things: that Jake is a likable guy and Hulu is not holding back any punches. Right from the start we get glimpses of a horrific 1960 Halloween night when an estranged husband brutally attacks and kills his entire family with a sledgehammer, save for Harry Dunning – now an old man left mentally challenged due to the head injuries he received. This opening sequence works well on so many levels. In an excellent case of show versus tell, the show has great character actor, Leon Rippy – most recently seen in another, albeit far less successful, Stephen King adaptation by CBS for Under The Dome – playing Dunning. The drawback is the compression issue which leaves Harry Dunning a less well realized character than described in the book.

The whole episode has a Back To The Future vibe as we see modern day events that later lead off to payoffs back in the 1960s. A fellow teacher at Jake’s school is disillusioned and cynical, bitter about going to high school and then ending up spending the rest of her life as a teacher at that very same school. When Jake bumps into her in 1960 she is as a teenager working as a waitress in her parent’s diner; bubbly, effervescent, and filled with big dreams of moving and working in New York City.

The next section of the episode sets up Jake as isolated as his ex-wife comes to Al’s Diner where Jake is eating a suspiciously under-priced burger. We find out in short order his father has recently passed and that she is there for Jake to sign off and finalize their divorce. During their short conversation, the diner’s owner, Al Templeton – a clean looking elderly gent with slicked down hair steps into the back room. Right after Jake’s wife has left, Al comes stumbling back out into the diner disheveled, looking terribly sick and coughing up blood.

Begging his friend’s indulgence, Al asks Jake to step into the back storage closet which will go a long way to explaining what has happened to him. Jake reluctantly complies and goes from the dark of the closet into the light of a sunny day back in 1960. The rules of the rabbit hole are quickly illustrated by Jake carving JFK’s initials into a young tree to find those very initials still present on a sixty years later mature tree.

Even though we were shown that Al had only stepped away for a couple of minutes in our time, his return and the obvious physical degeneration he has undergone in what he tells Jake has been over two years, help us wrap our heads around the time travel aspects. Al then lays his goal at Jake’s feet; finish what he can no longer do because of his cancer. Go back and prevent Oswald from killing John Kennedy. Jake is naturally overwhelmed and reluctant to do so telling Al he needs time to process this all. Al then forces Jake’s hand by overdosing on pain medication.

This section of the episode is done wonderfully and the show perceptively cast Chris Cooper in the pivotal role of Al Templeton. The best adaptations of fantastical material know to cast experienced actors in mentor roles as they are able to ground the story for the audience in the ways that younger actors cannot. Think back to Alec Guinness in Star Wars and more recently Ian MacKellan in the Lord of the Ring movies. Chris Cooper fulfills the same function here and based on what we saw in this episode he is well utilized as he also perform double duty in flash back sequences and voice overs. Not only will he provide the audience with needed exposition but more importantly he will be the mirror to Jake’s inner thoughts. This is something that books excel at and screen adaptations struggle with.  Rarely does voice over narration work well – with the exception of the Shawshank Redemption – so getting Chris Cooper to fulfill that function is brilliant. 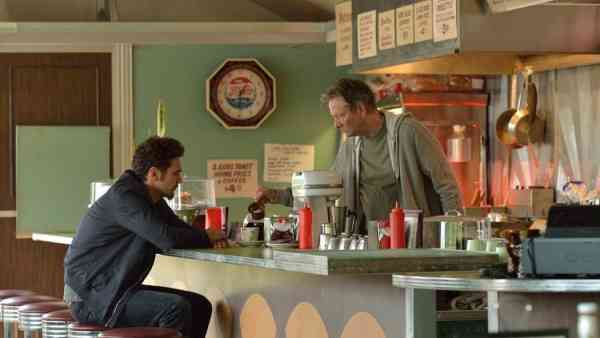 The next section of the episode deals with Jake adapting to life back in the 1960s and takes us to the ultimate scene of the crime – the Dallas Dealey Plaza and the Book Repository building from where Oswald ended Kennedy’s life. A stage setting moment that sets up expectations for when the story returns to the climax. Jake learns several things during his initial foray in determining whether or not Oswald acted on his own or with help/coercion from other parties such as the CIA. First off, the enormity of what he is undertaking is truly bigger than what he imagined. He also learns that Time does not like to be changed and will do its best to snap back into its original shape. To the point of actively intervening. In a Final Destination style sequence where Death actively hunts down anyone who has cheated it, Time demolishes a phone booth that Jake was using to try and call his father.

It cannot be overstated what an awesome concept this is. Not only must Jake navigate the customs of a bygone era that keep him an outsider but he must also battle an unseen foe, personalized to a degree by the Yellow Card Man – a beggarly bum looking fellow. This device lays down a patina of tension over everything that Jake does.

At the end of the episode, Jake flees Dallas and heads to Harry Dunning’s childhood home to prove to himself that if he can avert the upcoming Halloween tragedy then maybe, just maybe, he CAN do the same for Kennedy. 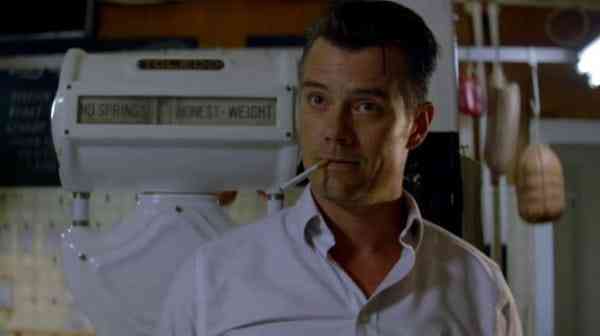 The expectations of the previews have been met. The series looks fantastic and the cast is uniformly excellent. This is a top notch production and Hulu must be happy with the product and hopefully they will get the results they are looking for.

For book fans, there have been surprising changes but so far they are good ones which is great. There is nothing more boring than a word for word translation. Episode two – The Kill Floor – will be released on Feb 22nd.  Look for my review the following day.

So far, I am one very happy Constant Reader.

HBO’s The Last Of Us VS The Walking Dead’s Final Series
Next
Choose Your Path In Fire Emblem Fates For 3DS
Previous
H1Z1 Officially Splits Into Two Games, With Two New Trailers