11/22/63 Preview – Hulu Joins Hands with the Master of Fear Himself, Stephen King

One of the more exciting things that has happened in the TV landscape in recent years is the proliferation of streaming services. It has become impossible to keep up with all the content available nowadays. But it also means shows that would have never seen the light of day on the traditional big three broadcast networks or even the cable channels can find a home on services like Netflix or Hulu. This is especially true for short run series or the lost form of TV presentation; the mini-series.

Mini-series are usually adaptations of books that have made a high profile splash because of either the material being covered and/or the creator of the work. In the case of 11/22/63 both exist. The assassination of John F. Kennedy in the Dallas Dealey Plaza on November 22, 1963 was the 911 event of that generation. The shot heard around the world has become a historical focal point many point to as the moment of loss of innocence for the modern world. If the most powerful man in the world could be felled by a single, deranged person, how safe were any of us? In the wake of the JFK assassination, conspiracy theorists have fueled an ongoing cottage industry determined to prove that Oswald was in cahoots with either the CIA, the Russians, or the mob. Or combinations of all three because the alternative of a lone man is too scary to accept.

The other high profile attribute to the 11/22/63 is, of course, the author – Stephen King. At the age of 67, King has attained not only popular but finally critical status too. As King puts it, he has outlived his initial critics and the critics of today are the ones who grew up reading his books. It has been a long road for King, who probably was his own worst enemy and hobbled critical acceptance of his books by saying his works were the Big Mac and Fries comfort books for the average Joe reader. As an unabashed King fan, one of his many King-coined – Constant Readers, I firmly believe that King’s legacy will leave him deigned as the Charles Dickens or Mark Twain of his time. 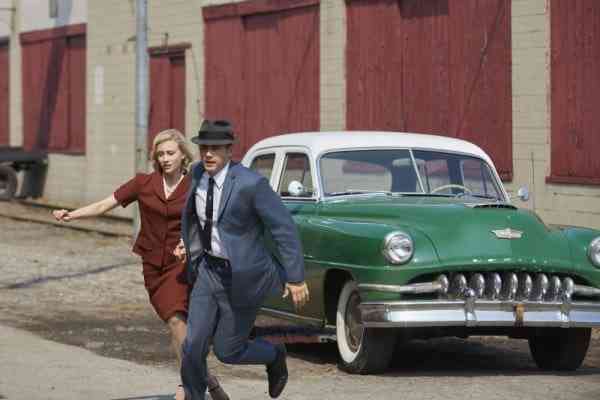 11/22/63 is an idea that Stephen King had percolating in that marvelous story telling mind of his since 1971. It was not until around 2010 that he had found the right elements he needed to tell the story. And 849 pages later, King has crafted a hell of a tell. With tie-ins to one of his best beloved books – “It” – 11/22/63 tells you a seemingly unrelated story that is so engrossing that by the time it turns to the Kennedy/Oswald story you are reluctant to leave the one, protagonist Jake Epping has been involved in.

The length of the majority of King’s books has been a hurdle many adaptations of his works have struggled with. The more successful ones such as The Shawshank Redemption, Misery, Stand By Me, Carrie, The Green Mile, and The Dead Zone are based on either novellas or his shorter books. So it is with some trepidation that I approach the upcoming Hulu mini-series which must compress those 849 pages into 8 hours of episodic content. There is no question that material must be left and in the process of doing so, one can only hope that the team behind this project are able to capture the tone and heart of the book. 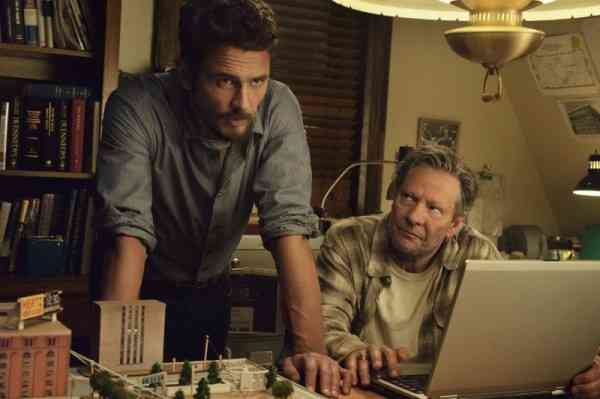 On paper it looks very impressive. James Franco has the lead as Jake Epping, a high school teacher who has the fate of the world thrust into his hands. The awesome Chris Cooper plays Al Templeton the owner of a burger joint where the prices of his food belong to another era and whispers of his burgers being made from dubious sources persist despite how delicious they are. Al is the story catalyst and it is he whom places the burden of preventing the JFK assassination burden on Jake’s shoulders. Early word is that Canadian actor – Sarah Gadon who plays Jake’s love interest in the 1960s – Sadie Dunhill is fantastic and provides the heart of the series. Throw in the productive clout of the JJ Abrams machine and the ingredients for a proper adaptation of the source material are in place. Early previews of the series look fabulous and it looks very cinematic.

Beyond the usual strength of a King story – characters you care about – King deftly avoids the potential pitfalls of time travel stories. There are no grandfather paradoxes to wrestle with here. The source of the rules is unexplained but they are laid out plainly. Every time you go through the portal you always go back in time to the same moment in 1960 and no matter how much time you spend back in the past, when you come back only a couple of minutes have passed in the present. There are two more things. Every time you go back in time, everything you did on your previous to the past are undone. So if you want things to stay the way you left them the previous time, you must redo them over again. 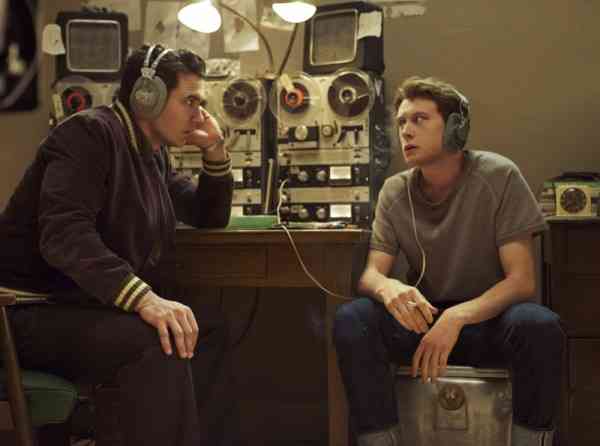 And the final bit of King story telling cleverness. Time is obdurate. It does not like to be changed. In fact, the bigger the change, the more actively Time will try to stop you. So Time becomes an active antagonist in 11/22/63, especially so when it comes to preventing the JFK assassination. This element adds an extra layer of tension to every moment Jake spends in the past.

Hulu will premiere the series in the US appropriately enough on President’s Day this February 15th. It will become available in Canada on February 17th. Hulu is releasing a new episode on a weekly basis thereafter.

We’ll be running episode reviews after each installment and hope that you will share the journey with us via these posts.