The Flash – “The Reverse-Flash Returns” Review

This week on The Flash, we follow up on last episodes stinger as Eobard Thawn makes his return as the Reverse-Flash. With so much already on Barry and the teams plate, how will they handle the return of their greatest foe?

We open with Barry doing the introspective narrating that he always does whenever he gets down in the dumps. He’s trying to stay busy to forget about Patty and that brings him to chasing down an out of control chemical truck. It’s rigged to crash, so some quick thinking is needed but the Flash saves the day. But this was a test set up by the villainous Eobard Thawn to figure out which time period he is in.

The team has some other things on their mind though, as they find the Turtle dead in his cell from an apparent aneurism. We all know that it was Wells that’s responsible and so Jay is immediately suspicious. Speaking of Jay, Caitlin takes it upon herself to find Jay’s counterpart in order to help him with his sickness. Barry and Patty have a terribly awkward interaction and he’s pretty well cut her out of his life already, much to her dismay. Meanwhile, the West family finds out that Francine is on her last days and they need to say their goodbyes.

Cisco is tired of his powers randomly manifesting, so he goes to Wells to help him hone his powers. When they trigger them, he sees the Reverse-Flash and the cat is out of the bag. They use Cisco’s visions to intercept Thawn before he kidnaps the returning Dr. McGee. The Flash and him square off, but Barry’s fury makes him sloppy and RF (I’m just going to refer to him as that) makes off with McGee. A furious Barry meets back with the team and Wells explains the timeline. Honestly, you’ll have to watch it cause, well, it’s a time travel explanation, so it’s confusing.

Thawn wants McGee to build him a tachyon so he can get home and he starts to piece together everything about this time period. Iris says her goodbyes to Francine, but no one has heard from Wally yet. Patty confronts Barry as he talks to Caitlin and he lets slip that he and Joe work with STAR Labs from time to time. Barry continues to be hard as granite in order to keep Patty out of harm’s way. Wells has tinkered with Cisco’s goggles in order to allow him to fully tap into his vibes (*shudder*). He sees Dr. McGee finishing the tachyon thingy for RF and then the villain killing her.

The team is obviously distressed but after they can’t find any trace of the tachyon’s, Wells prods Cisco and they realize that Cisco has seen a future event. How they didn’t realize that in the first place since the future was the first thing he vibed, is best not talked about. Patty takes the information about STAR Labs and looks through Barry’s old case reports. She confronts Joe because Barry has left notes in all the cases involving the Flash that only the hero himself would know. Turns out, for a genius, Barry’s not that bright. Joe does his best to play dumb, but Patty’s to good a detective for that. Iris goes and tries to convince Wally to see his mother before she’s gone so he doesn’t regret it for the rest of his life. 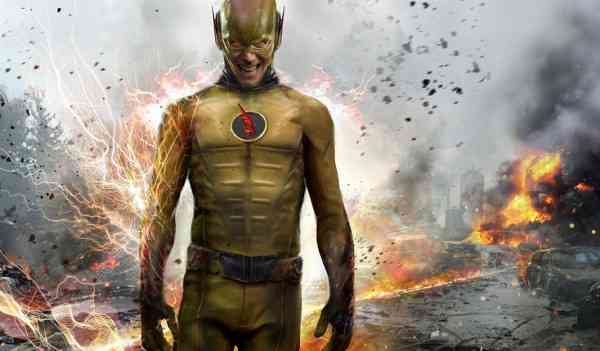 While they try to figure out where Thawn is hiding, Caitlin confides in Barry that she can’t find Jay’s doppelganger and Barry encourages her to talk to Jay. But that’s not all coming Barry’s way as Joe tells him about what just happened with Patty, but before he can even process that, they find RF and Barry takes off to stop him. Flash gets to RF before he can kill McGee and they chase each other around the city before he very effectively puts Thawn down, stopping himself just before he kills him.

Caitlin talks to Jay and he tells her that she needs to meet him the next day. Despite Wells’ continued warning about effecting the timeline, Cisco can’t help himself and gloats to Thawn about his capture. Which is right about the time that his nose starts bleeding. Patty confronts Barry about his identity, going as far as saying that she’ll stay if he tells her he’s the Flash. He denies it and we get to watch as Patty’s heart breaks right in front of our eyes.

So now Barry can’t help himself and he confronts Thawn. He and Thawn talk about their age old battle and how it will continue with Thawn referring to the future and Barry to the past. They’re rudely interrupted by Cisco going into a prolonged seizure in the medical bay and then promptly starting to phase out of existence. The timeline has been tampered with too much and so Thawn must go home and only the combined speed of both Flash and Reverse-Flash can send him there. Wells escorts the villainous speedster to the particle accelerator and Thawn is sure to note the brilliant scientists role. All is now in place for Thawn to travel back and start everything all over again and there’s nothing that can change that. The two speedsters combine their speed and Barry throws Thawn back into the future. 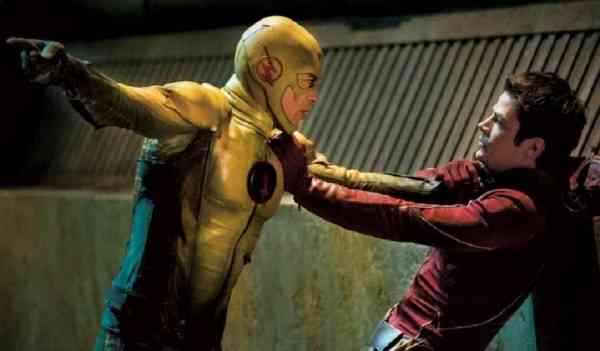 Jay shows Caitlin his doppelganger, but Jay’s DNA had mutated when he became a speedster, making the doppelgangers cells useless and the only way to save him is getting his speed back. Wally shows up and asks Iris if she’ll come with him to see his mother. Finally, Patty calls Barry, saying there’s a gunman on the train. He shows up as the Flash and Patty has tricked him, getting him to reveal his identity to her. They leave each other on that note, saying they’re all good.

The return of Reverse-Flash was a pretty solid episode as everyone had to deal with issues left over from last season. The only ones who didn’t were Iris and Caitlin, who really were the ones directly affected the most, other than Barry. Which seems like an odd choice, considering that their respective storylines were almost completely pointless. Caitlin and Jay didn’t move their storyline forward even one iota while Iris was used to get Wally into the show more. So, maybe the emotional weight of the return of the man who killed their significant others could have been used in the episode.

The other subplots were good, albeit a little confusing. Wells’ motivations still seem a little strange to me as he’s working for Zoom, but directly helping the team. I know his role for Zoom is to help Barry get faster, but helping Cisco hone his powers and making sure Barry doesn’t affect the timeline doesn’t seem to fall in line with that. I suppose this is setting the team up for bigger heartbreak when they find out he’s betrayed them, but I’m starting to get the feeling that he’s not going to and Tom Kavanagh doesn’t have to be constantly betraying his co-stars. 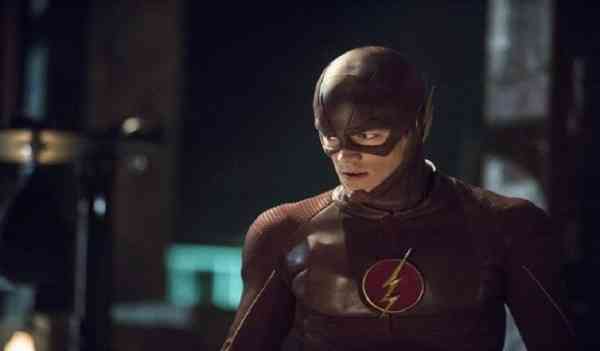 The subplot with Patty remained the strongest as I was personally heartbroken to see her go. There was a lot of great scenes between them for her entire run but both of them shone in the emotionally taught scenes from the past two episodes. Usually Jesse Martin steals the show with a heartbreaking scene, but Shantel VanSanten proved to be the scene stealer throughout her arc and left a big mark on the show. They sort of left it open for her to return, so I know I’ll have my fingers crossed!

The story involving Thawn himself was actually quite strong, even with a few niggling plot holes, some misuse of character time and some ‘sure, whatever’ time travel explanations. The piecing together of how Thawn began this whole cycle was kind of cool to watch, as was seeing how much Barry has grown as a hero both in power and in maturity from the first season. Reverse-Flash also still proved himself to be a good enough villain that we temporarily forgot about Zoom – a feat that isn’t to accomplish when they mention him several times.

A couple of interesting tidbits of info from this week’s episode too! I was unaware that Morena Baccarin voiced Gideon in the shows universe. As a big fan of hers, I was unaware she was pulling a Majel Rodenberry on me! I’m also slightly embarrassed I didn’t realize this until now. Also, Flash won its demographic for the first time in its history, further proving that Flash is still one of the biggest draws of the DC Universe. I wonder how that will translate over to the Justice League films… if they roll out as planned.

Anyway, Barry and the squad are back next week to fight a new meta and, yet again, try to close the breaches. Maybe, just maybe, they can make some headway on that thing they’ve been trying to do since episode 2…

Doug Mercer reviews each week’s episode of The Flash – so stay tuned right here for more. Be sure to also check out his recent reviews of Legends of Tomorrow and Arrow!