After roughly a year of hype and set up via Arrow and The Flash, the CW’s DC Universe got a little bit bigger this week as Legends of Tomorrow kicked off with its explosive pilot. The time travelling show with its mega sized cast is looking to capitalize on the popularity of both of its predecessors and grow from there. Given the apparent size of the budget and the scope of the show, it seems that a lot has been invested in this one. But how did the first half of the pilot turn out?

We open 2166 as Vandal Savage wages his war on the whole world, his final campaign to crush all resistance under foot. As Savage’s forces roll across the battlefield, Savage himself, along with a pair of guards, march through the battle and come upon a mother and son. A guard unceremoniously shoots the mother and when the son won’t bend the knee, Vandal shoots the kid point blank. Such a savage move (I’m sorry. That will be the last one)!

This brings us to the Time Council as Rip Hunter, a Mal Reynolds meets Doctor Who type, implores his fellow not ‘Time Lords’ to allow him to go back in time and stop Savage before the war ever begins. The council seems to be opposed to this view, but Hunter ends up boarding his ship and has Gideon (fans will recognize the future AI system from The Flash) start the mission by returning to the year 2016 to get his team together to stop Savage.

As we all know by now, the team consists of The ATOM, White Canary, Hawkman, Hawkgirl, Firestorm, Heat Wave and Captain Cold. We find each of them in fight somewhere when Hunter shows up each time and hits them with the neuralizer from MIB. He then explains their mission, what’s at stake and that they will need to travel all over time in order to stop Savage. Why they just don’t go back to Ancient Egypt when he was first made immortal and stop him doesn’t seem to have crossed anyone’s mind.

His potential team go away and sort out their own motivations for going. Ray wants the glory, Cold and Heat Wave want loot, the Hawks want to stop Savage and half of Firestorm wants to go for science while the other half wants nothing to do with it. In the end, the whole team decides to join Rip Hunter on his time ship, Waverider… even if Stein has to drug Jax to get him on board the ship. The teams first stop is the 1970’s where they need to hunt down the only known expert on Savage, Dr. Aldus Boardman (who may also recognize from the Arrow/Flash crossover a few weeks ago), before he is killed the next day. The team takes off but hot on their heels is an armour clad bounty hunter, Kronos, who is hunting the Waverider and is shown to be ruthless as he kills the two guys who witnessed his arrival. 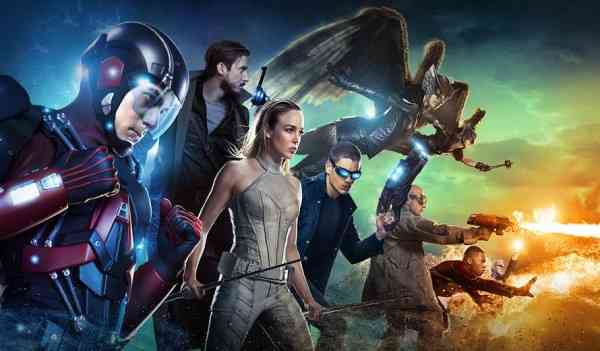 The team splits up as Hunter, Stein, Ray and the Hawks go to meet Boardman while Sarah, Snart and Rory go off to have a drink, leaving Jax, still complaining, alone on the ship. Sarah and the criminals obviously get into trouble that results in bar brawl. The Hawks discover that Boardman is actually their son from a previous life and they force Hunter to take Boardman back to the ship in order to prevent his death. Kronos attacks the ship and the ship takes pretty severe damage while everyone beats a hasty return. In the ensuing firefight with the powerful bounty hunter, Boardman suffers severe injuries and they barely manage to escape.

Hunter drops the ship into limbo (a place I assume they’ll spend quite a bit of time occupying during the show) while he effects repairs. The Hawks talk to Boardman who passes on a message of love before passing himself. The team then confronts Hunter who is clearly keeping something from them. Kronos has been sent by the Time Council because Hunter absconded with the Waverider in order to get the team and carry out the mission that the Council had denied him anyway. As it turns out, the woman and boy from the beginning were Hunter’s wife and child and now he’s willing to do anything to stop Savage and prevent his reign of terror. The teams separates and discusses what they’re going to do and they all have their own reasons, just like before, but they agree that they’re going to help take down Savage, together! 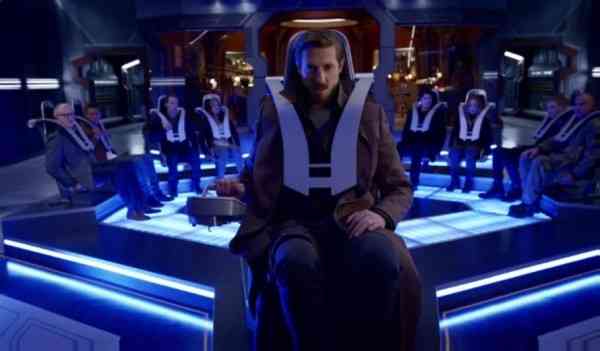 As far as pilots go, Legends of Tomorrow did okay, but it wasn’t your typical pilot. Having done so much in the Arrow and Flash episodes, we had a pretty good idea of everything that was going to take place. We had also met everyone except for Rip, so the extremely rushed opening recruitment sequence can kind of be forgiven. Considering how complex the plot of this show is, there wasn’t a lot of time afforded to the set up of the show. They jumped headlong into the time travel stuff very quickly and let that be the crux of the episode, which is fine, but I can’t help but feel they misused their time for a two-part pilot.

As far as future set up for the Legends of Tomorrow series, I think it did fairly well. We’ve got the Time Council hunting our heroes, we’ve got our heroes fighting Savage and time itself seems to be an enemy as the heroes, in particular the Hawks, found out that messing with the timeline can actually be worse than letting history play itself out. All of this adds up to lots of conflict, lots of story options and lots of dilemmas for our characters in the future. Also, it’s great to have Caity Lotz back in a regularly occurring role as she has been sorely missed since Katie Cassidy took over the Black Canary mantle over on Arrow.

Part Two of the pilot is up next week, so we’ll see how the conclusion to our heroes first foray into time travel turns out and how the rest of the show will match up to its counterparts.

Doug Mercer will recap each week’s episode of Legends of Tomorrow – so stay tuned right here for more. Be sure to also check out his recent recaps of Arrow and The Flash!