I’ve spent the last month and a half annihilating alien hordes, garnering gear, reaping loads of clan rewards, and scavenging the cosmic plains in the PS4 version of Destiny 2. And though I’ve grown weary and rather disinterested in the structure of the endgame content, I wasn’t at all reluctant to pay a visit to Bungie last week in order to get my hands on the PC version of the game. Having spent roughly six hours experiencing the campaign, world activities, and PvP, I’m confident in stating that I find Destiny 2 on PC to be the definitive version of the shared world shooter.

If you had a chance to indulge in the PC beta, I trust you’re well aware of just how splendid the game feels when using a keyboard and mouse. You may have questioned the supposed lack of weapon recoil upon laying waste to your enemies as I did. I conducted an experiment of my own by firing various weapons down the sights and from the hip at a wall. Despite how it may feel, weapon recoil does exist. This begs to question how natural recoil control on keyboard and mouse will effect mods that assist with recoil. Thankfully, that was one of the first questions addressed during the roundtable discussion that fellow media personnel and I shared with a few of the game’s developers. According to David Shaw, the PC project lead at Bungie, the team at Vicarious Visions initially ported the exact structure of the game’s console controls to keyboard and mouse. To no surprise, it just didn’t feel right. He and the team promised that the existing recoil mods will function the same on PC as they do on console. Additionally, players can alter their crosshair positioning. By default, the crosshair resides in the direct center of the screen. If desired, players can switch the crosshair positioning to the console version. Following months of tweaking and refinement, Vicarious Visions have managed to develop a distinguished feel for the PC that stands entirely on its own in comparison to the console version.

I initially adhered to the default controls but swiftly realized I’d rather take matters into my own hands. Mapping keys to your liking is quick and simple. Call me crazy, but I moved my melee ability from the C key to the click of the mouse wheel. Naturally, I spent the first several minutes unintentionally swapping weapons during melee attempts but eventually managed to get used to my questionable decision. I also moved my grenade from the Q key to one of the thumb buttons on the mouse. You may find my keyboard alterations to be ludicrous, but that’s the beauty of any game on keyboard and mouse. You can manipulate the hell out of the controls in order to satisfy your play style. I also briefly got my hands on a PS4 controller with the intention to compare and contrast. The higher frame rate obviously provides a silkier feel, but to my own astonishment, using a controller on PC feels nearly identical to playing on console. While chatting with the devs I was informed that they intentionally made an effort to mirror the feel of the controller on consoles. They’re aware that some players may prefer to kick back and relax with a controller and decided that it’s important to maintain a consistent feel across all platforms. Subtle aim assist does exist while using a controller, but it doesn’t feel quite at sticky as it does on console. If you need a break from the keyboard and mouse you can instantly pick up a controller and keep playing, or vice versa.

“Vicarious Visions have managed to develop a distinguished feel for the PC that stands entirely on its own in comparison to the console version.”

Match the controls with either VSync or an uncapped frame rate, and you’re in for one buttery smooth experience. Though I believe the game feels immaculate while locked at 60fps, I did dabble with an uncapped frame rate for an extended period of time. During my playtime, I reached between 150-180 frames on menu and map screens and ranged between 60-95 frames during hectic combat scenarios. Remarkably, I never once dipped below 60 frames with the uncapped option enabled. Players also have the option to lock their frame rate at whichever number they desire. If a precise 86 frames float your boat, you’re able to lock it down. Players seeking to lock the game at a max of 200fps or beyond will obviously need an incredibly powerful rig and/or have to compensate by lowering the visuals in order to maintain a consistent performance. In terms of PvP, variable frame rates came into question. The developers claim that variable frame rates will not affect competitive encounters. Personally, I believe if someone’s confined to playing the game at 30fps on a potato versus an individual rolling at 120fps on a mega-rig, there’s bound to be some sort of an effect. Only time will tell. Visually, I struggle to notice a major difference between 60-200+ frames. However, I can certainly feel the difference. Whether I’m popping Cabal heads, tossing grenades, or making swift 180 degree turns, the game feels outstanding to play.

I’ve spent well over a hundred hours in Destiny 2 on a PS4 Pro. It’s certainly a pretty game on a console, but it pales when juxtaposed with the breathtaking 4K visuals on PC; especially with HDR enabled. From the heavily saturated colors of the starlit skies to the light reflecting off of your weapons, the graphics are simply stunning. As expected, everything from FOV, draw distance, to texture quality can be altered within the settings. I briefly cranked all of the settings to ultra at an uncapped frame rate and managed to complete a public event while encountering minimal hiccups. If you’re in possession of a supercomputer, you’ll more than likely be able to continually run the game at its utmost potential. The only similarity between console and PC are the in-game cutscenes and animated cutscenes. The in-game scenes are still presented at 30fps, and the animated scenes run at what I assume to be 23.976fps. It’s a bit jarring to jump from 120 frames to 30 in an instant, and though it tends to break immersion, it didn’t ultimately hinder my experience. Aside from using a mic, there are three forms of text communication at player’s disposals. Fireteam chat can be enabled by pressing Enter on the keyboard, while team chat can be enabled by pressing /T. Additionally, in classic Blizzard fashion, whispers can be used to chat with friends across other games and in Destiny 2’s public spaces. The public spaces whisper function is disabled by default but can be enabled within the settings. The text functionalities are great, but the game is currently lacking two important options; one being more crucial than the other. In its current state, Destiny 2 is lacking the options of general chat and clan chat. Seeing as clans are such an integral component of the game’s design, it seems as though the ability to chat with your online clan mates in-game would be a no-brainer. You can still chat with clan members via the Destiny 2 app, but that’s exactly what was wrong with the first game. Players shouldn’t need to seek outside sources in order to simply communicate.  The same applies to general chat. Sure, if I’m flying solo on Nessus and find myself in need of an extra hand, I can send a whisper to any of the players within my vicinity to call for help. However, there’s no promise that every player will have their whisper option enabled. Therefore, connecting with new players will be drastically hindered by the lack of general chat. In a game pitched as a ‘shared world shooter’, players are surprisingly limited with text to chat options. The developers have stated that they’ll be actively listening to community feedback as the game progresses. I imagine that the lack of clan chat, specifically, will be one of the first major issues addressed.

My thoughts on Destiny 2’s story remain the same, but my impressions of the endgame content have altered after having spent over a hundred hours grinding away on PS4. I find the token system to be rather discouraging in comparison to Destiny 1’s reputation system. I’d much rather grind for specific pieces of gear that I’m assured of receiving versus receiving random items from legendary engrams. The journey from a power level of 265 to 305 is grueling, and players who are looking to reach max level as soon as possible are limited to weekly milestones and public events. Milestones are spectacular, but I’d love to see them expanded. The addition of more challenges and rewards added to standard strikes and adventures could be a good starting point. At the moment, I have no motivation to complete anything outside of public events, the weekly Nightfall strike, Trials, and the raid. Lost Sectors were a blast to initially discover and explore, but now I have no interest in revisiting them. All of the resources are at Bungie’s disposal, and they have the ability to build upon the great features that already exist within the game. As far as the content schedule is concerned, the launch of Destiny 2 on PC will mirror the first two weeks of the console version. The Leviathan Raid will debut a week after release, and Trials of the Nine will begin the following weekend. Once the first two weeks conclude, the PC version will remain in sync with the content schedule and patches of the console versions. That leaves one final question in the balance: Will we ever be able to make a one time transfer of our console characters to PC? The developers stated, “It’s something we’d love to do, there’s nothing to announce at this time, but it’s certainly something we think about.” I’m keeping my fingers crossed for that one. Though I’ve already experienced everything the game currently has to offer on console, Destiny 2 on PC truly feels like a brand new experience. Player choice is at its core and I took full advantage of every option at my disposal. I’ve always been a console guy at heart, but I have every intention of transitioning to Destiny 2 on PC when it launches on October 24th. For more on Destiny 2, you can check out our full review of the console version here. For the sake of reference, the specs of the rig I experienced the PC version on are listed below. 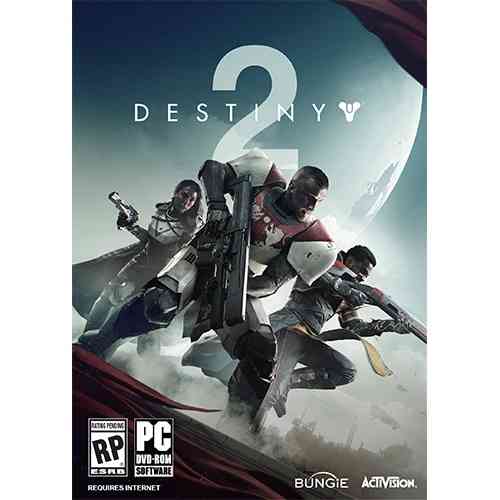