Nights of Azure 2: Bride of the New Moon Review

Nights of Azure made its debut last year that had us noting its lack of customization and variability, but praising its concise, straightforward, and accessible structure that doesn’t make you feel as if you owe it 100+ hours. You can check out the full review for it here. A year later, we are greeted by Nights of Azure 2 maintaining many elements seen from the original, all while introducing a brand new cast of characters and updated features.

This time around, the game focuses on a handful heroines each playing a critical role in the story and progression of the game. However, our main protagonist, Aluche, an Agent of the Curia is tasked with protecting her childhood friend-turned priestess, Liliana. With a little hiccup within a battle, Liliana goes missing and Aluche actually gets killed but is reborn as a half-demon inheriting all the powerful perks and blood-sucking desires needed to survive. As Aluche searches for Liliana, she partners with other maidens known as Lilies that aid her in battle within their dark-filled world overrun by demons. Questions of who to trust, how to save the world, and rationale behind certain events are inevitably circled throughout their adventure.

The story is largely identical to its predecessor but features a much more unique and rather interesting continuation. The addition to the new cast of characters makes it feel lively and easily adjustable to whoever you want the game to focus on the most. This is due to each Lily having specific quests to strengthen Aluche’s bond with that progressively reward you with additional cutscenes, interactions, and bonuses. Of course, the game isn’t without fanservice, and even more so in this sequel as the cast isn’t just visually busty, their interactions quite literally scream it too. Nonetheless, a simple and straightforward story with a colorful cast of characters is simply what Nights of Azure pioneers with, like nearly every Gust game.

Gameplay wise, Nights of Azure 2 maintains its utilization of a hub-like hotel and time-constrained explorable map. Players are free to perform upgrades, purchase items, and interact with characters to their hearts desire until they are ready to leave Hotel Erena. However, once you decide to leave the hotel you are given a limited Hunt Time where you are forced to return once it hits zero then sleep until the next day, and ultimately cause the Moon Phase to progress. If the moon turns completely black after a set amount of excursions outside the hotel, it’s game over. This time constraint forces you to manage your time in terms of what quests to complete and how much grinding you’re able to do playing into the difficulty of the game. Aside from what’s familiar, Nights of Azure 2 has been given an extremely noteworthy improvement in its combat.

Battles are significantly more enticing with consistent combat animations and indicators, a wider range of moves, as well as the integration of a Lily Partner. Players are able to choose which Lily they want to accompany them on excursions in addition to two fiend servans (as opposed to four in the original). With battles sill occurring as real-time battles, hacking and slashing is the meat of combat, but having new flashy animations and assistance makes it all the more fun. Depending on which Lily you decide to bring with you, you’ll have unique Lily Bursts and Double Chases that serve as an ultimate attack and dodge attack respectively. Meanwhile, the two fiends each have special abilities that you can trigger at your will as long as they have the necessary MP available. This can be anything from temporarily having a new weapon equipped on Aluche or projectiles being spewed from the servans themselves. In addition, enemy demons and fiends come in a variety of sizes each with their own attacks, strengths, and weaknesses also adding to the fun of battles. Regardless, combat is still simplistic and does get repetitive, but with more variability and customization options it feels like less of a drag and more so connected to the overall story. 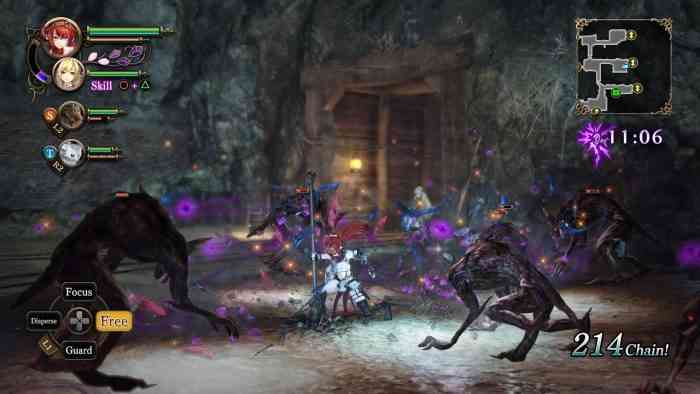 After your excursions outside of Hotel Erena, you’ll have collected some Blue Blood dropped by demons and fiends to level Aluche up, as well as fiend points to level up your friendly servans. You have a handful of choices on which abilities to unlock in a skill tree and which stat you want to increase for each servan. Each servan can even “prestige” if they reach a certain level. It’s a nice way to have control over your party to adjust it to your play style.

Visually, Gust has always been unique in consistently presenting a beautiful artistic style throughout their games, and while Nights of Azure 2 still doesn’t falter in this area, it continues to present it behind a more darker and eerie exterior. However, it’s sad to say that Nights of Azure 2 suffers from more graphical implications than that of its predecessor. While cutscenes and key animations are beautifully executed, it’s the free-roaming animations and visuals within Hotel Erena and excursions beyond it that suffer from lack of attention and detail. Characters occasionally look stiff, lifeless, and plain awkward that make certain moments laughable. The game serves two rather extreme ends with certain parts being absolutely astounding, while others being questionable. Nonetheless, knowing that time and money are constrained for these games from Gust, it’s still admirable the quality and improvements made for this sequel apart from certain graphical areas. 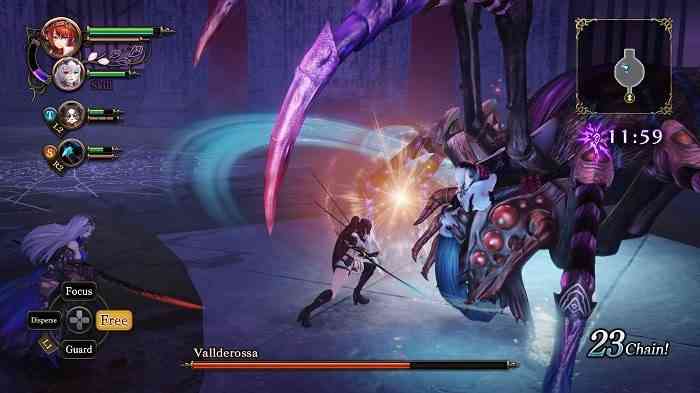 Nights of Azure 2 doesn’t stray too far away from its predecessor but effectively deals with what it originally lacked – namely, making it highly customizable and providing variability. Battles are significantly more enticing and connected to the overarching story. The addition of Lililes that you can bring on excursions and form bonds with are a new pioneering factor of this sequel that is sure to keep you busy and feed into your fan-servicing needs. While graphical hiccups are not absent, the time and money put towards the other notable features of the game make it less of a burden. Overall, Nights of Azure 2 is a solid sequel to Nights of Azure that any returning fan is sure to enjoy. 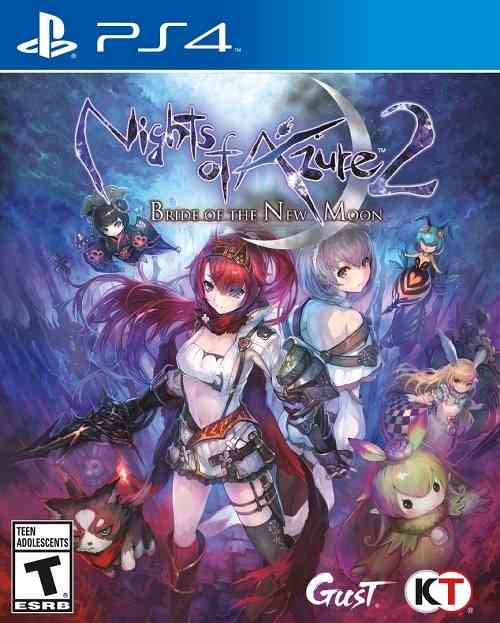