Nights of Azure Review – A Unique JRPG That Thrives On Simplicity

Gust, the brains behind the Atelier series, returns with Nights of Azure representing a new, darker direction for Gust. While the Atelier series mostly embodies a very light-hearted, happy-go-lucky, and innocent ambience, for Gust to present a game that boasts to be darker and grittier is quite intriguing to say the least. It also helps that the game was under the direction of Keisuke Kikuchi who’s worked on the Fatal Frame and Deception series. Nonetheless, as I’ve had my fair share of Gust’s works through their Atelier series, I was sure that Nights of Azure wasn’t going to be nearly as dark or gritty as the likes of Fatal Frame, but would at least sheer off a bit of the light-heartedness packed within the Atelier series.

The game focuses on the relationship between the two main protagonists – Arnice and Lilysse – within a demon influenced and fiend-filled land. As fiends rue the night, humans have lost their night and, ultimately, sleep. Thus, it’s up to Arnice, the trusted fiend slaying knight, to abolish the fiends and collect their unique “Blue Blood” to take the night back. However, things aren’t that simple as Lilysse, a priestess and eventual love interest for Arnice, is requested to be the next sacrifice to maintain the seal locking away the Nightlord. It’s a pretty big deal as it was this Nightlord’s Blue Blood and goal to take over the night that turned past humans into fiends.

Throughout the game we see Arnice and Lilysse’s relationship run deeper and blossom to create a genuinely heart-warming love story between two women. Although the story itself is straightforward and relatively simple, it continues to mirror past Gust games with its focus on the intricate development and interactions among the cast of characters.

“Although the story itself is straightforward and relatively simple, it continues to mirror past Gust games with its focus on the intricate development and interactions among the cast of characters.”

Gameplay consists of real-time battles within areas on the Town Map and free-roaming within the hub-like area of a hotel. When in the hotel, you have access to things like conversational events, shops, skill enhancements as well as the Town Map and available quests. Although parts of the Town Map are inaccessible initially, you’ll be able to access them as soon as you reach certain points in the game or complete certain quests. While there are side tasks you can complete for rewards back at the hotel, the real battles reside beyond it through the main quests or “scenarios” within each chapter of the game.

Going out into battles are considered “slaying attempts” that are limited to 15 minutes to get to your goal or else you’ll be sent back to the hotel. Since each area varies in size and amount of fiends scurrying around, there are gates that act as checkpoints so that you can freely re-access the area from that particular spot. Not to worry though, once you reach a boss the 15 minutes originally imposed on you disappears allowing you to take your sweet time. 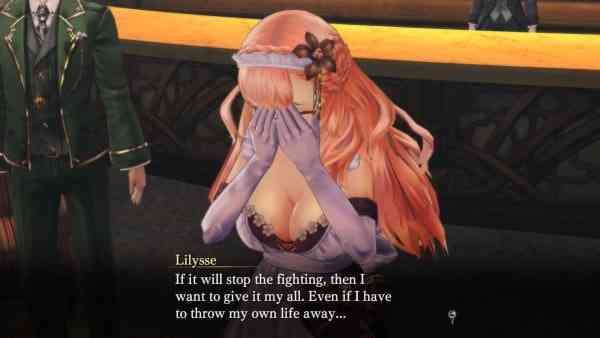 The actual mechanics within battles is a juggle between fighting as Arnice and commanding her “Servans”. Battles are far from complex as it’s simply a combination between guards, dodges, weak, strong, and special attacks as well as occasional transformations for Arnice while casting Servans and their moves to your liking. Due to its simplicity, battles are really just you hacking and slashing and don’t truly provide much of a challenge. Nonetheless, Servans each have their own abilities, strengths, and weaknesses and feeds in to customization. Arnice can take up to four different Servans with her, which allows you to create a party that fits your play style. Servans also level up and gradually obtain bonuses the more they are used. While you initially only get a handful of Servans, you’ll be able to unlock more by using certain “fetishes” (not the type I know you’re thinking of) and performing actualization rituals.

As you fight fiends you’ll obtain items and money to purchase things, complete quests, and use/equip on Arnice and her Servans. However, you’ll also obtain Blue Blood that’s essential in the game to level Arnice up. Unlike her Servans that level up based on how often they’re used, Arnice levels up by exchanging a certain amount of Blue Blood per level. In addition, Blue Blood can be used for other important things like purchasing special items as well as enhancing other aspects related to Arnice. Of course, any confusion or questions that you have can be cleared up through the tutorial and glossary available on the menu of the game. 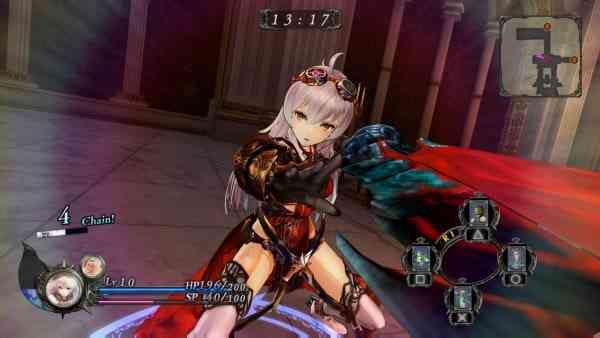 Visually, Gust has always been unique in this department by consistently presenting innocence and warm fuzzy feelings throughout their games, and while Nights of Azure doesn’t falter in this area, it tries to present it behind a more darker and eerie exterior. While the game isn’t frightening by any means, the game does go for darker, cooler colors instead of brighter and warmer pastel colors. It’s a nice and welcomed change in pace and shows a different side of Gust’s narrative and style. Whether it’s from the artistic anime stills or 3D graphics, it’s the designs of Gust but with a new light (or in this case, darkness). The game only has Japanese audio with English subtitles so reading is a must if you want to get anywhere with the game.

Nights of Azure is a new direction for Gust that shows its worth through its character interactions and development like the Atelier series, but behind a darker, cooler exterior. While Nights of Azure doesn’t provide an extensive amount of customization or variability, the game works within a concise, straightforward, and accessible structure making it a JRPG that doesn’t make you feel as if you owe it 100+ hours. While possibly underwhelming to experienced JRPG fans, Nights of Azure still provides enjoyable battles with specific mechanics to play around with. In the end, Gust’s newest attempt in gameplay and even love story that forms and develops between two women is what makes Nights of Azure a unique experience and JRPG. 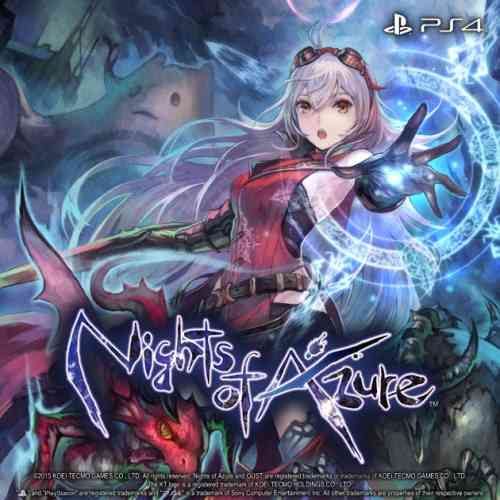 Chrono Cross: The Radical Dreamers Edition Review – Weird Worlds
Next Forced Showdown Review – The Best Intergalactic Game Show There Is
Previous The Descendant Episode One Review – A Descent Into Disappointment