Okay, stop me if you’ve heard this one. You’re a battery-powered assassin equipped with a laser, setting out to take down a gang of miscreants whose unifying feature seems to be that they all wear devil ski masks and are led by Satan. Satan himself is the head of some corporation that apparently deals in ritual animal sacrifice, mind control, and hot dog manufacturing. With this in mind, your goal is to sabotage their bases of operations, all while rescuing monkeys and virgin goats, collecting dolls, and sprinting around like it’s a game of Unreal Tournament.

Still with me? Welcome to High Hell.

At its core, High Hell feels like a first-person version of Hotline Miami, if Hotline Miami didn’t want you to take it semi-seriously. Running and gunning is your primary form of interacting with the world, with most enemies dying from a single blast of your laser. Unlike Hotline Miami, though, you can take a few hits before dying; a welcome mercy, considering the first-person perspective naturally increases the likelihood of attacks coming from out of your line of sight. However, you’re not a bullet sponge by any means, and survival relies heavily on your ability to heal from killing enemies, as well as the scant few health pickups that are scattered throughout the levels.

What little story is present is mostly inferred through the “mission briefings” at the start of each level and by exploring the environments themselves. There are also nonsensical little vignettes between levels that transform the game into something of a Satanic fever dream. Expect to be skewering hot dogs, doing yoga poses, and so much more.

“If you decide to pull the trigger on it, I can guarantee that you’ll have an absolute blast.”

Fast-paced thrills and challenging gunplay are all well and good, but what kept me invested in High Hell was its sense of personality. Even though your character’s actions are extremely limited, what is there works extremely well. Walking near a stack of money causes your left arm to shoot out, lighter in hand, wiggling expectantly at the cash like an excited puppy. As for the kick, while its primary use is to kick down (well, more “kick to pieces”) doors, it’s also great for goofing off. While the game sometimes seems a bit undecided on how its physics should respond to your kicks, there’s nothing like breaking up a demon barbeque with a volley of laser fire, only to run over to their table and give their freshly-cooked hot dogs a swift kick into oblivion.

Oh yeah, the demons have barbeques. While your character is great and all, the devil gang members are the real stars of the show. Every time you kick down a door, it’s like a roll of the dice what you’ll see on the other side. One time, I leapt through a roof, guns blazing, only to discover that all the thugs I killed had been having a birthday party. Again, I don’t want to spoil some of the wacky surprises that are in here, but let’s just say that there may be a couple of times where you’re thankful that the art style isn’t more detailed, especially when it comes to human (devil?) anatomy. 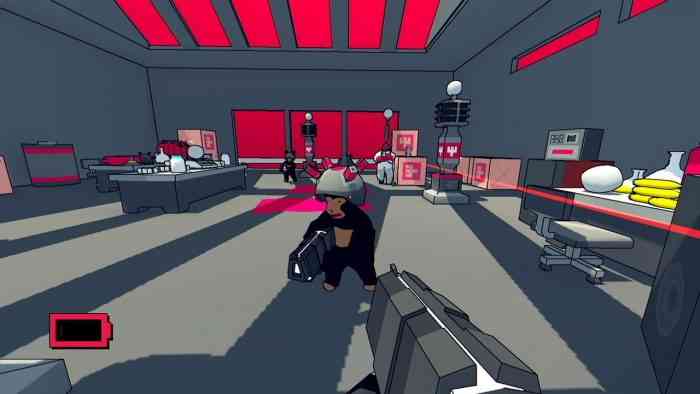 I feel like I could go on about how great High Hell is ad nauseam (seriously, the soundtrack is legit), but I should mention my two biggest qualms. First off, a couple bosses are extremely frustrating. They usually kill you in a couple of hits, and even when I figured out their weaknesses, my victory felt like it was 50 percent luck.

The other issue is less of a problem on my end, but could be a real deal breaker for some: High Hell is ten dollars, and I beat it in about two hours. There are collectible dolls that you can go back and hunt for, and there’s always the option to seek out high scores by improving your times and accuracy. However, this obviously isn’t going to be enough for some people, and I can’t say that I blame them.

That’s what will really seal the fate of High Hell: cost. If you decide to pull the trigger on it, I can guarantee that you’ll have an absolute blast. It’s 2016’s DOOM on acid. However, if you’re not into high score chasing or collectible hunting, you may want to postpone this trip to hell. 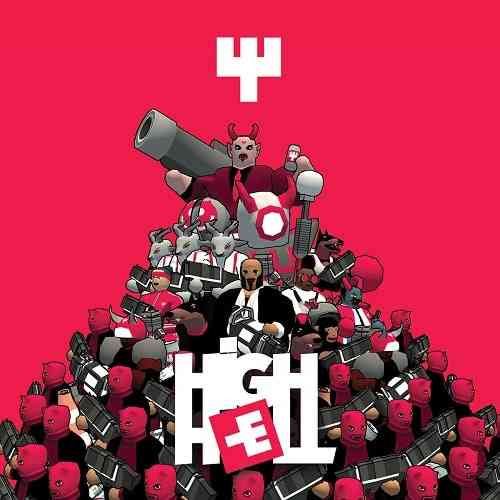