If you’ve daydreamed about having the powers of a superhero while also being shouldered with the terrible burden those same powers bring, then Megaton Rainfall may be perfect for you. This PSVR/PS4 title from Pentadimensional Games gives you godlike abilities that can very easily kill hundreds or thousands of innocent humans. Or fight off a fleet of invading alien warships! Heck, why not both?

Megaton puts you in the shoes of the chosen offspring of this universe’s caretaker. As the child of a cosmic superbeing, you have the ability to fly at supersonic speeds, fire off enormous energy blasts, stop time and mess with gravity. While all of this should immediately sound totally amazing, really pause and reflect on the implications behind that first power. Flight in virtual reality is an exhilarating experience, one that can take the floor right out from underneath you. It can also make you quite nauseous, but this is normal for any VR game. Caution is advised when gallivanting around the world so fast you get whiplash.

“As the child of a cosmic superbeing, you have the ability to fly at supersonic speeds, fire off enormous energy blasts, stop time and mess with gravity.”

The first time I tried Megaton in VR, the flight mechanics actually triggered my fear of heights. This was exacerbated by the fact that I was standing up, leaving little in the way of security for my panicking brain to latch on to. Although movement can be one of the biggest roadblocks for any VR game, the controls for this title allow a wide range of movement without much in the way of trouble. This is partly due to the inherent freedom of flight-based travel. Simulating a walk cycle is much more complex. Once I got the hang of careening across the globe as fast as Superman, I was introduced to the combat system. Piece by piece, you are gifted with more and more powers. Each of these new abilities comes with a combat mission which tests out your mastery of said power. On that note, those missions that are preceded by the acquisition of more than one ability? Heinous experiments in motion sickness. Actually, let’s set a moment aside for the merits of playing this game in virtual reality. 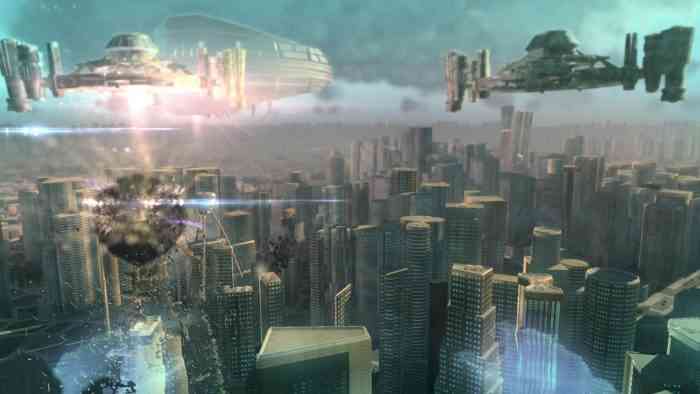 With that headset on, you’re pitched atop a cosmic throne, plunging through the atmosphere faster than light and sound. You reach out your hands and level a starship with graceful ease. You’re absorbed by the rhythms of the universe, ready to change the fate of all life on Earth. You’re going to get sick. At least I did. While I’ve messed about with virtual reality games before, something about Megaton Rainfall pushed my sense of violent physical discord to new levels. This is, in all fairness, a testament to the excellent work done by the developers. There’s no cockpit between you and the obvious paradox your mind is attempting to resolve. You’ve rarely got any solid ground with which you can orient yourself. There’s just your ghostly limbs and a rapidly-changing environment tethered to a camera that doesn’t sit still for more than a second and a half. In short, no one would blame you if you made the switch to non-VR after the first 45 minutes. I have a hard time labeling this as a negative aspect of the game. In truth, it’s a beautifully-crafted roller-coaster with no size limit and no relief from the action. It’s just hard to play for long periods of time in VR mode, is all.

“While I’ve messed about with virtual reality games before, something about Megaton Rainfall pushed my sense of violent physical discord to new levels.”

Once you take the headset off, you’re still left with a fairly fast-paced flight combat game on a grand scale. The environments are easier to navigate, the controls still function as intended and the battles are still intense. The regular game experience isn’t boring by any means, it’s just that the virtual reality version of the game is so elevated by comparison. Of course, there are a few things that slow this roller-coaster down. A little less than halfway through the game, you’re given the power to grab and throw things with telekinesis. Your mastery of this power is tested against a fleet of invulnerable ships whose hulls can only be cracked by chucking bombs at them. Simple enough, right? Then they start dropping nukes. They look almost identical to the regular bombs, only bigger. What happens when you use one of these nukes to take out an invading ship? Why it annihilates the entire city! Sometimes, for extra fun, these ships will disappear into a forest of skyscrapers. You chase them fruitlessly, watching for the glow of a rogue explosive. Will it glitch out of existence? Or will you see the bomb’s pale shadow long enough for it to engulf a city’s worth of humans in radioactive hellfire? There’s almost no way to know the outcome! Also one of your weapons is stronger than four of those bombs going off at once, and the only difference between destroying a ship and a city is a slight adjustment in your aim.

Even with these issues at hand, Megaton’s sixteen missions are still mostly a good time to play through. If you’re one of those hardy types who doesn’t get sick from having the headset on for a while, you can probably get the entire game finished in a sitting. I’ve no such constitution, sadly. In spite of my frail little body giving out from time to time, that first moment in the stratosphere is something you have to experience to really understand. Without the PSVR to augment the experience, I can still recommend checking out Megaton Rainfall. However, to truly get that cosmic Superman feeling, this is one game you want to play in virtual reality. 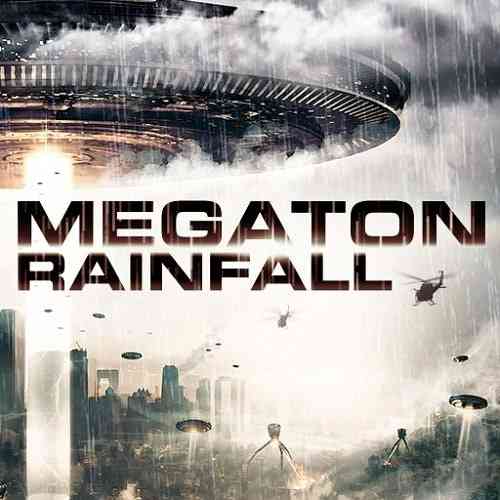