Aven Colony Review – In Space, Nobody Can Hear You Starve

City building games are like a drug to me. I dedicate hours of my day making sure that my little citizens have everything they need to live an enjoyable and fulfilling life, whilst I stay up till three in the morning playing video games and wallowing in so much self-loathing. Aven Colony leaves a good first impression by showing some unique and interesting ideas, but where will it fit alongside the other giants such as Cities: Skylines and SimCity?

These types of games aren’t usually known for their stories, leaving all of that up to your own imagination, but Aven Colony has a list of campaign missions to start you off with. The story itself is split up throughout the missions, where you undertake the role of governor and must build up colonies across the many different biomes of a new planet. You are tasked with building each colony from the ground up, whilst also completing missions set by your advisors.

As you progress through the campaign, these advisors will be gradually introduced to you and will continually be chirping in your ear as you progress, setting you more objectives to meet and alerting you to any approaching disasters. Surprisingly, these characters are fleshed out with their own individual personality, and the bits of banter they share between each other makes listening to their exposition for the story that much more enjoyable.

“You must quickly learn to tailor your city around each terrain, as a frozen tundra isn’t exactly an ideal place to grow your colony’s food.”

The other game mode available to you from the start is the sandbox mode, which allows you to play back the missions you’ve already completed, but this time you can choose to disable the mission’s objectives. This is where I spent the bulk of my time as it’s the sandbox style of gameplay that draws me into these games. Not to say that the campaign wasn’t fun, but as it went on it felt more like a giant tutorial leading up to the sandbox.

As a city builder goes, it’s very standard in terms of mechanics and controls. Sure, you have some space-themed stats to watch over like your colony’s air quality, but everything else is what you’d expect; food and water to maintain, happiness to monitor, as well as a whole load of other statistics which you can keep track of through an overlay, à la Cities: Skylines (sadly AvenColony doesn’t implement a, uh, human waste overlay as well). Alongside that, there’s a seasonal mechanic where winter arrives and disrupts your electricity and food production, an expedition mode where you send off teams of explorers to survey the land for resources, and a recurring referendum that could bring your game to an early grave if you don’t keep your citizens happy.  What really separates Aven Colony from the crowd, however, is the implementation of different biomes.

You must quickly learn to tailor your city around each terrain, as a frozen tundra isn’t exactly an ideal place to grow your colony’s food. This causes you to think outside of the box; should you up resources and trade them for food, or look far and wide for those few tiles of fertile land? On the other hand, some lands have little to no resources, but plenty of areas to grow food for trading. Of course, if you decide that you don’t like this, you can easily alter the resources and whatnot with the sandbox mode.

“It’s as absorbing as it is relaxing, and it does a good job at bringing its own to the table whilst still retaining what makes city builders fun and challenging.”

There are a few quality of life features I’d like to see added to Aven Colony, and one of which is some form of transportation for my little citizens to move about the place. If the way to work is too far for them to walk they develop a debuff that affects their work efficiency. You can obviously fix this by building more housing closer to their jobs, but I’d much prefer to be able to set up a public transport line and sort my city into little districts for housing/retail/etc.

Another tweak I’d like to see is with the disasters. Though the disasters they introduce are awesome, to say the least, ranging from giant, acid spewing worms, to disease-spreading alien life, they don’t really instill any kind of panic. The game will pause itself and alert you to the imminent disaster, but after ten minutes of building I’d already kitted out my city to keep it safe from any potential threats. I’d just begrudgingly acknowledge the ‘disaster’ and get back on with what I was doing. I’d like to see something unstoppable that could really get me worrying, something where all I can do is try to minimize the damage it causes. Though Aven Colony does look very pretty and runs like a dream when maxed out, there doesn’t seem like much is going on in my colonies. I’d take the time to watch over my city and admire my subjects, expecting to see hundreds of them busily darting back-and-forth through the tunnels, but I barely saw any movement at all. I’d love to be able to watch them all relaxing in the parks or chatting in the tunnels, and some building animations would be pretty sweet. Anything just to give some life to the place, really.

Overall, I had an absolute blast playing through Aven. It’s as absorbing as it is relaxing, and it does a good job at bringing its own to the table whilst still retaining what makes city builders fun and challenging. The challenges it brings are unique and fun, and though there might be a few changes I’d personally like to see added, not having them doesn’t deduct much at all from the gameplay. 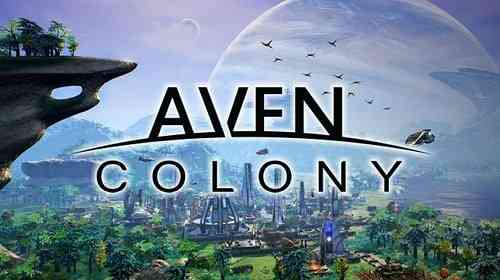 
Wildermyth is a Character Driven RPG Full of Possibility