I love space exploration games, but many developers fail to give a consistent experience. Typically, one of the many systems implemented will feel poor, like combat, ferrying cargo, or mining space debris. 3030 Deathwar Redux delivers not only rock-solid mechanics with an engaging open world but a decent story as well.

You play as John Falcon, a space salvager who has just had his ship impounded. You are given some cash and a cheap space taxi, then told to get lost. From here, you can simply blast off and roam the galaxy, or try to make sense of a few mysterious deaths linked only to a group known as the Taoists. The only certainty is that John needs to make some cash, pronto.

With your space taxi, you can start out earning credits by ferrying passengers, packages, and cargo to and from other stations in your current solar system. As the cash rolls in, you can purchase upgrades, weapons, and eventually new ships. Upgrades and weapons are purchased for good, so they’ll transfer whenever you go to trade in your ship for a new ride. Pretty soon you’ll be hunting down pirates for bounties, clearing space debris, and towing cargo all over the galaxy. It’s relaxing, satisfying, and you never have to touch the story again if you don’t want to.

“Regardless of which style of gameplay you prefer, the more money you earn, the more upgrades will be unlocked and the stronger you become.”

For those interested in unraveling the plot, don’t worry. 3030 Deathwar Redux offers quick scenes that layout nefarious plans and dismal prophecies as you make progress. Reaching milestones or completing tasks not found at the job console will continue to push things along, at any point you can simply stop and explore the universe. The story itself isn’t impressive, but it’s good and creates a great foundation for the world in which you’ll be exploring. Compared to other exploration games where no story is present, I found myself feeling much more compelled to get better ships and explore all of the unknown systems.

There’s a lot to do in 3030, and not much of it felt bad. Each mission is reasonable, with the higher-paying jobs typically giving you a time limit to complete objectives in. They tend to feel the same but different, and you can easily tailor your ship to what you want to do. Like running cargo? Pick up a big freighter that has little cabin space and not much in terms of weapon racks. Want to go bounty hunting? Grab a fighter craft with missile racks and room for a turret. Regardless of which style of gameplay you prefer, the more money you earn, the more upgrades will be unlocked and the stronger you become. It’s a nice feedback loop that succeeded marvelously in putting me in the “one more turn” mindset. 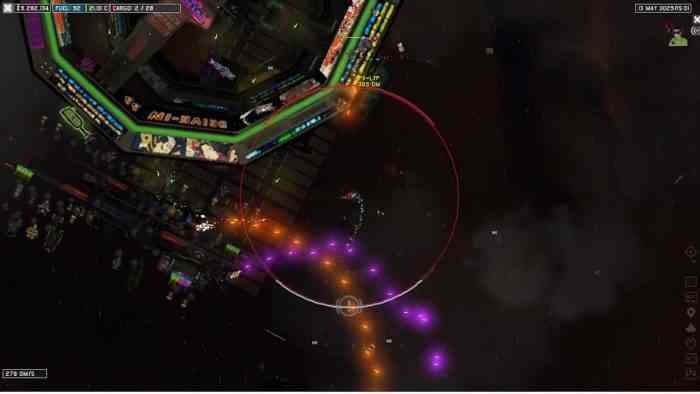 Visually and auditorily, prepare to feel like you’re in Bladerunner mixed with the Fifth Element. There’s a huge 80s vibe with the soundtrack, and the colorful pixel art portrays grim cyberpunk almost perfectly. The way stars streak as you hit the split drive and travel faster than light is minimal but effective. Space stations have a ton of variety, with some being hulking ships with neon advertisement ships flying around the perimeter, and others being derelict hunks of metal that barely exist on the surface of a large asteroid. The interiors also have differences, though they’re much more minor.

My only complaints center around a couple of crashes I encountered, the inability to save during jobs, and the UI. The crashes weren’t a huge deal, only happening three times over more than ten hours, but I did lose progress. If you have a mission in your mission log, you can’t save your game. It’s not the end of the world but it’s kind of annoying, especially when you get caught up in making credits the fastest way possible and forget you’ve got to stop at three different stations before you can save.

“There are also plenty of menus within menus, and even hours later I can barely remember all the hotkeys for each screen.”

The biggest issue is the user interface. Some interactions simply don’t work well, like docking at stations for example. I often found myself having to go to my map to select the station to then ask to dock, instead of being able to just click on the station itself. Whether it’s a bug, user error, or the way it works mechanically, it was annoying. I’d often deselect the target station while flying there so I could look at other spots on my map, only to get stuck outside wondering why I can’t hail them over the comms. There are also plenty of menus within menus, and even hours later I can barely remember all the hotkeys for each screen. It’s not even overly complicated, but for possibly the first time in my life while playing a game with menu hotkeys, I kept getting lost.

The minor issues encountered while playing 3030 Deathwar Redux are just that: minor. If you like space exploration with a decent story, then this is easily the adventure for you. The price tag is low, the systems and mechanics are fun, and you are absolutely sure to get your money’s worth if you can get past the UI and influx of information at the start of the game. 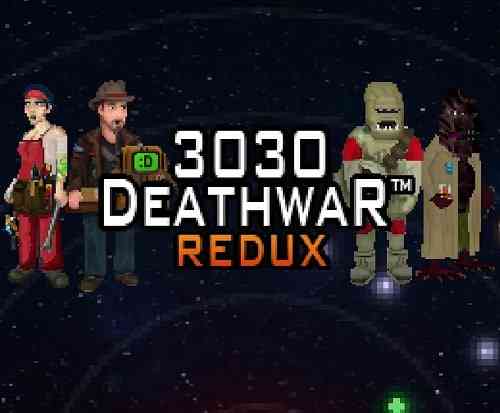