Nintendo is dipping into the library of Wii U games and porting over a second game to their latest console the Nintendo Switch. This time around, Nintendo is bringing Pokkén Tournament back into the spotlight. The Wii U game, which actually started off as an arcade game, features a large cast of Pokemon fighters, such as Pikachu and Mewtwo, in a tournament style fighter. Pokkén Tournament DX brings all the content found in both the arcade and Wii U versions and tops it up with some brand new content. Stick around and see if this is a tournament worth competing in!

In Pokkén Tournament DX, you are a brand new Pokemon trainer looking to make a name for yourself. You’ll first adjust your avatar to fit your style and then pick the Pokemon (21 to choose from) that you’ll want to compete with. You’re soon introduced to Nia, a peppy know-it-all who will teach you everything you need to know about Pokkén Tournament, including all the different game modes. Nia also plays the role of cheerleader during the matches – fortunately, you can tone down or turn off her constant barrage of annoying quips in the options menu. While the focus of the game is competing in different league tournaments in the Ferrum League, Pokkén Tournament also features a backstory that is intertwined throughout the various tournaments. The story is a bit dull, featuring a “mysterious Pokemon” that really isn’t that mysterious, even to casual fans like myself.

“My biggest surprise with Pokkén Tournament DX was the level of difficulty – which is to say, it was ridiculously easy.”

Pokkén Tournament DX presents a unique shifting style of fighting. You’ll always begin the battle in the field phase, which gives the fighters full range of the arena. However, certain moves will shift the battle into duel phase, which acts more like a traditional 2D fighter. Shifting between phases happens quite frequently throughout a battle, so it’s important to know how your fighter handles each phase. All the fighters have their own unique set of special moves, and most are pretty simple to pull off. The game uses a sort of rock-paper-scissors “attack triangle” approach and I’d definitely recommend running through the tutorial to get an idea of how that system works. Before each battle, you’ll get a chance to select a pair of support Pokemon who will be able to provide various attacks or enhancements during the course of a battle. Finally, each Pokemon has a Synergy meter that, once full, can be activated to make your Pokemon more powerful for a limited time and also give you the chance to perform their most powerful special move. 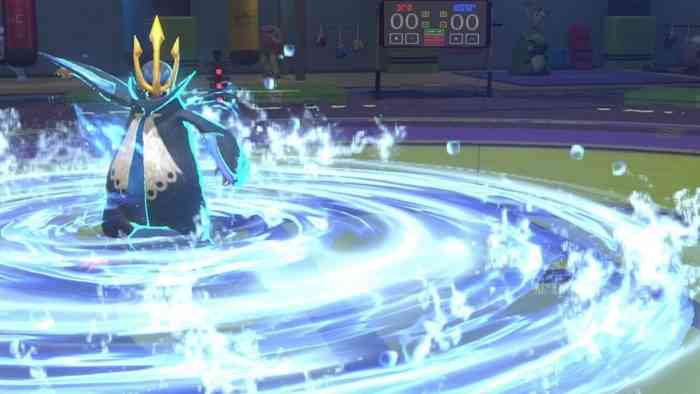 If you enjoyed Pokkén Tournament on Wii U, you might be wondering what new content is available in DX. Unfortunately, not much. There are five new Pokemon fighters, four of which were in the arcade version and somehow didn’t make the cut on the Wii U version. There is one new pair of support Pokemon, Litten and Popplio. There’s a new 3 vs 3 team battle mode and a new Daily Challenge arena. But essentially, you’re getting the same game, with a few minor additions. However, with the success of the Switch, it’s possible that you’ll be able to get more out of the Online Battles with a larger player base, but at this point, that’s only speculation. The other question will be if Nintendo plans to add any post-launch content and considering they’ve added absolutely nothing to Mario Kart 8 DX, I imagine what we see is what we get with Pokkén Tournament DX.

The story is a bit dull, featuring a “mysterious Pokemon” that really isn’t that mysterious, even to casual fans like myself.

My biggest surprise with Pokkén Tournament DX was the level of difficulty – which is to say, it was ridiculously easy. By the time I reached the Chroma League (the highest level in the Ferrum League tournaments), my win/loss record was 77-0. I didn’t lose one match and I never played the Wii U version (aside from the demo). When I fought the “boss” during the story sequences, I lost a few times – but even the final battle only took me a few tries (and those losses don’t count towards your Battle Record). Once you’ve finished all the single player content; ie: the four Ferrum League tournaments, you’ll probably spend the bulk of your time with the multiplayer components. You’ll be able to compete in both friendly and ranked online battles, local battles and wireless battles (for those who have friends with their own Switches!). In my time playing online, everything seemed to work well – no issues with lag. I also appreciated the fact that if the game couldn’t find me an opponent, I’d play against a CPU opponent – yet still continue to search for a human player. 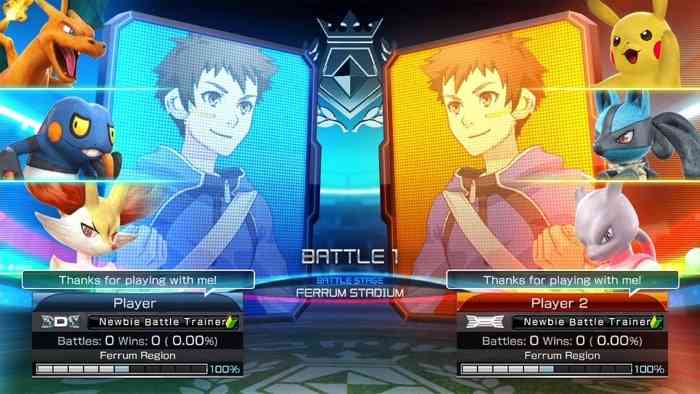 Pokkén Tournament DX is a competent fighter, but more geared for fans of the Pokemon franchise. As someone who’s Pokemon knowledge is casual at best, I felt the story was painfully boring, I really didn’t care about the characters and couldn’t really appreciate all the cameos of Pokemon characters that littered the arenas. The single player component was hardly a challenge, but still consumed a handful of hours to complete. The Daily Challenge arena will give gamers a fun deviation from their normal battles. Multiplayer will be the real winner here, whether it be online or with a friend in the same room. It’s doubtful Nintendo will grace us with any post-release content which is pretty disappointing, but let’s just chalk that up to them working on a potential sequel. Pokkén Tournament DX will be a treat for Pokemon fans and some fighting fans, assuming they never played the original arcade or Wii U versions. Returning fighters might be disappointed with the minimal amount of new content. 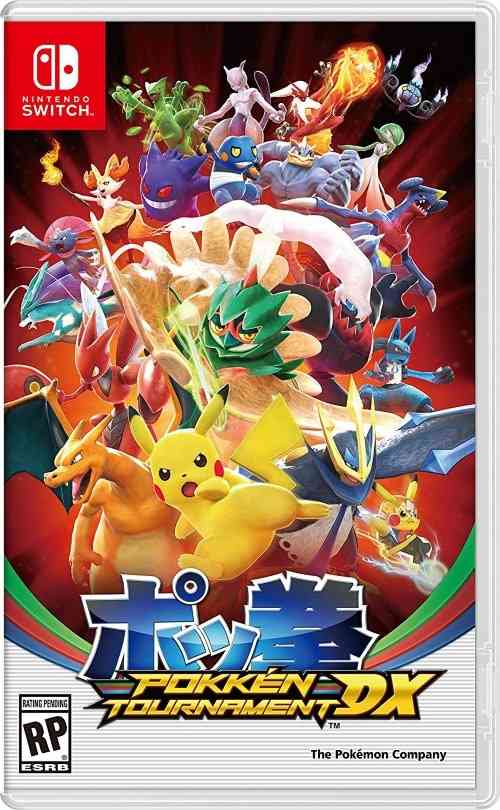