Tekken 7, released back on June 2nd, gets its first DLC in the form of Tekken Bowl that first made an appearance in Tekken Tag Tournament. Although in Tekken Tag Tournament Tekken Bowl was packaged together with the game, Tekken 7 has it priced at an additional $13.99 USD ($18.99 CAD) or part of the $24.99 USD ($33.49 CAD) season pass. So, how do the fighters of Tekken 7 hold up in the bowling lanes? Let’s just say they may be better off sticking to fights instead of bowling.

The DLC offers 3 modes: Single Player, Two-Player Versus, and Striker. The first two are straightforward in which it’s the classic bowling game of ten frames seeing how high of a score you can obtain. Striker is the special mode of the pack where you bowl with a wide range of different pin positions, ball count, and even pin count. It’s like a challenge mode where you’ll never know what the game will throw at you next. There is no online mode, however, so you’re stuck playing alone or with a local friend.

Mechanics are straightforward like any bowling mini-game – adjust your position, throw direction, and hope that your spin, as well as throw power, isn’t too messed up by your reflexes and timing. Interesting enough, every single character in Tekken 7 can be used in Ultimate Tekken Bowl, each having ranks in spin and throw power. Thus, depending on who you choose, the spin and throw meter may fluctuate faster or slower. Base costumes can also be used for each character, but any custom or the included ones in this DLC are not choosable. 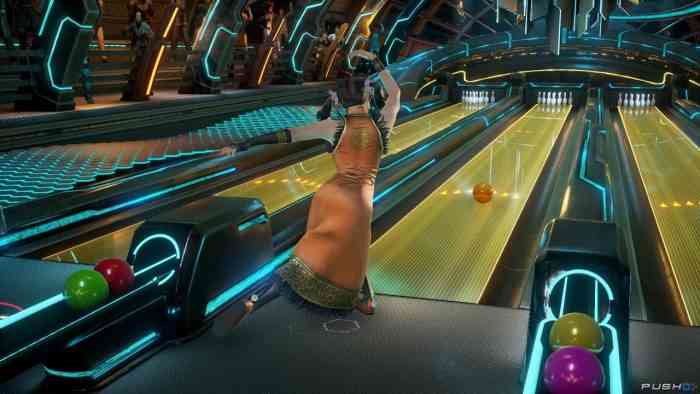 Like any versus mini-game, it’s fun to battle it out and try to defeat the person sitting right next to you. However, since there are no other customization options for two player versus (other than changing characters or the pins to Heihachi heads), it gets boring and tiresome after a while. It’s not difficult to get accustomed to the mechanics so the fun is rather short-lived. And while understandably we’re not expecting the best bowling game ever, but at least a rather fleshed out one that offers a bit more than the bare minimum with such a price tag.

“no new special animations or voice overs are present leaving Tekken Bowl feeling like a copy and paste regurgitation of what we’ve already seen, just in a bowling setting“

Visually, Ultimate Tekken Bowl is the same as Tekken 7 and in fact, all the animations, greetings, and ending animations from battles are used. Some awkward smiling and hand gestures are implemented but are clearly the same animation for all characters. It’s pretty unfortunate as no new special animations or voice overs are present leaving Tekken Bowl feeling like a copy and paste regurgitation of what we’ve already seen, just in a bowling setting. There are some cool beats to jam out to and flashy lights on the bowling lanes when getting a strike, though. 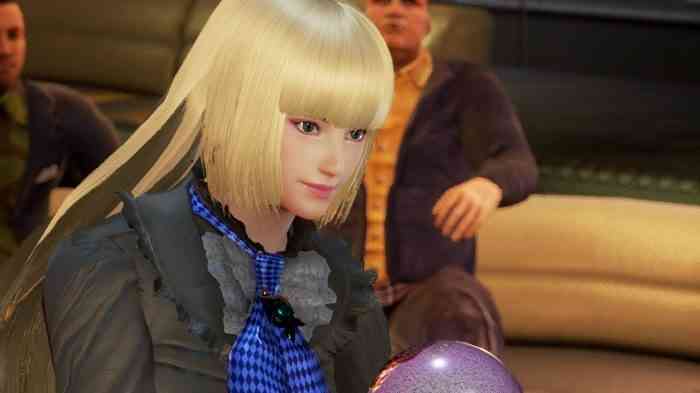 Ultimate Tekken Bowl is exactly what the name suggests: Tekken 7 characters bowling with nothing more. It is the basic of basics that doesn’t offer anything new or exciting to set it apart from the likes of other bowling games. Even if you’re a fan of the Tekken 7 cast, you’ll be rather disappointed that all the animations, greetings, and ending animations are copy and pasted right into the Ultimate Tekken Bowl giving the feeling that it’s a cheap regurgitation of the main game, just in a bowling setting. Nonetheless, if you’re in it for a very light and casual bowling experience to enjoy for small amounts of time once in a while, it doesn’t hurt to add it to your collection (especially if through the season pass). However, if you’re thinking of purchasing it separately, you may want to think twice about it. 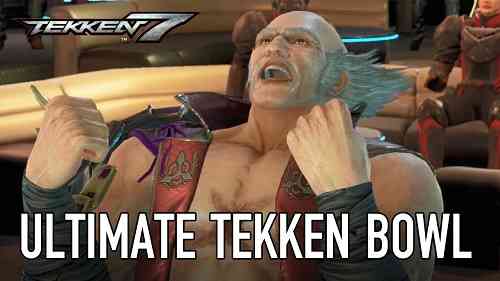