Action-Packed Gameplay That Proves Halo: Reach Is Just as Fun as Ever

Can you believe that it’s been almost an entire decade since Halo Reach was first released? Thankfully, you don’t just have to remember the good old days, because with the new release of the game on the PC, it’s as if you never really stopped playing it. As the first game to come to PC from Halo: The Master Chief Collection, it was important to start out with a bang, and that’s exactly what Halo: Reach is. You can check out our gameplay below as we throw down in a match of Big Team Battle.

Though you might recall all of the Halo titles were exclusive to the Xbox, this heroic story of a group of Spartans has been optimized for better playability on the PC. These improvements include up to 4K UHD, 60 FPS, and a ton of support for mouse and keyboard to make the change from Xbox to PC as smooth as possible. If you weren’t quite able to catch these improvements in the video above, we’ve got another classic game of Team Slayer below for you to enjoy.

If you’re looking to take on the Covenant in a fight to save Earth, this is just what the doctor ordered. Our review had this to say about Halo: Reach. “I’m thrilled that the collection is in a phenomenal place on console, and with PC now being my preferred platform, I’m pumped to experience the remainder of it. Halo’s popularity has undeniably dwindled over the last decade, but it’s not dead yet. After all, Spartans never die. They’re just missing in action.” 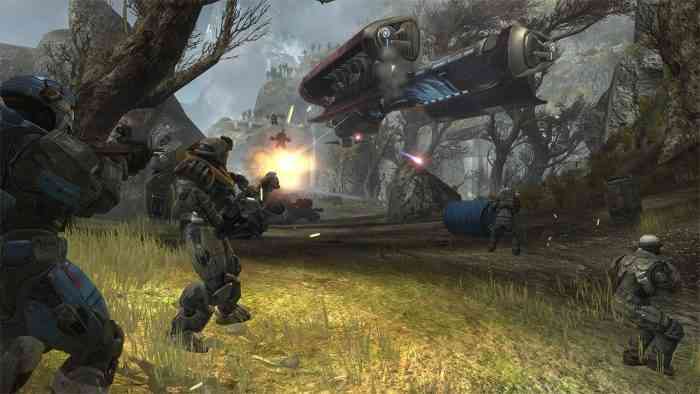 As Halo: Reach was the first of the series to launch on the PC fans can expect to get their hands on the rest of the collection as the six games are released one by one, ending with Halo 4 in 2020. If you want to know more about the game, you can check out the official game website here.