It’s been a wild five years for Halo: The Master Chief Collection. I won’t dwell on the abysmal launch it faced in 2014, but it’s worth recognizing the heart and perseverance that paved the road to its success today. The revolution the collection has undergone on console and its debut on PC is a testament to 343’s passion for the franchise and care for the fans.

As a die-hard, I’m incredibly grateful. ElDewrito was a valiant attempt at fans taking matters into their own hands, but it didn’t quite live up to Halo’s potential on the platform. Fortunately, that intrepid team is assisting 343 with official mod support going forward. Halo: Reach’s surprisingly smooth launch on PC, along with the gargantuan sales numbers on day one have reignited my hope for the future. Halo’s glory days may be gone, but with MCC now fulfilling the promise of its premise and Reach functioning beautifully on mouse and keyboard, it feels as if a new age is beginning. Perhaps I’m overly optimistic, but aside from a few gripes, I’m loving my time with the game.

Oddly enough, Reach isn’t my first foray with Halo on PC. Back in the day, I played through the entirety of Halo 1’s campaign on PC, including countless hours of CTF on Blood Gulch. Going into Reach, I’d hoped it’d function half, as well as Combat Evolved, did at the time. In action, it’s nearly flawless aside from the momentary freeze that occurs every time you unlock an achievement. That bug has gotten me killed in every mode at least once.

My rig’s moderately powerful with an RTX 1080 and 8700k CPU. On average, I maintain between 150-300 fps at 1440p on a 144hz G-Sync monitor. I have the currently labeled “experimental” unlimited framerate option engaged with V-Sync off. At these settings, the game feels spectacular to play. It’s evident that the higher refresh rate option is still undergoing maintenance, as aiming your weapon doesn’t feel quite as silky as other modern shooters at high framerates, but it doesn’t remotely hinder the experience. Sure, playing Halo on mouse and keyboard compared to a controller was initially jarring, but upon tweaking my sensitivity, FOV, and key binds, it feels excellent.

I appreciate a graphically elegant game, but I value performance over visual fidelity. On that front, Reach is thriving on PC. Though nearly a decade old, it looks pretty slick with the enhanced graphics option engaged. It enables greater draw distances and slightly improved textures that complement the moment to moment experience. Facial animations haven’t aged well, but I don’t hold it against an otherwise stellar voice cast.

By default, the audio’s awful on PC. Weapons sound distant and muffled, and the music significantly overpowers everything else. I adore Marty’s score, but I need to hear the impact of guns, enemy banter, and explosive sounds of battle to feel immersed. I’ve read that 343 are actively working toward improving the audio mix, as porting the game from 360 to PC presented a laundry list of issues, as to be expected. Upon adjusting the settings myself, it’s bearable. I thought I’d been recently spoiled by the immaculate sound design in Modern Warfare. As it turns out, I’m not the only one with audio concerns. 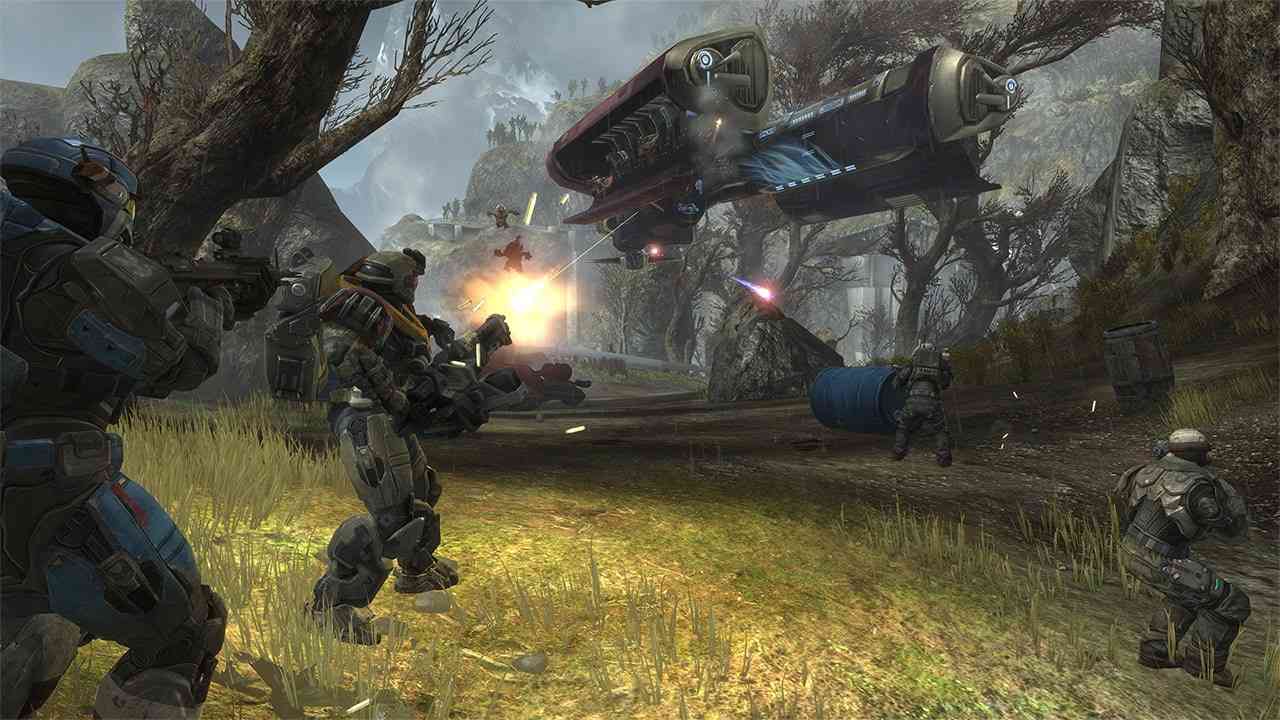 While I’ve long held Reach’s campaign in high regard, I hadn’t once revisited it in the last nine years. Battling the covenant alongside Noble Team has not only reminded me of why I loved the game originally but provided an entirely fresh experience on mouse and keyboard. I still prefer Halo without reticle bloom and armor abilities, but those elements don’t ruin the gameplay for me.

Reach multiplayer is now packed with content, including classic game modes and countless community-created maps in addition to the original twenty. Better yet, you’re able to customize your game preset, size, and mode preferences in the same way you can on console. On Xbox, MCC multiplayer has operated seamlessly for a while now. Reach’s PC flights paid off, as not only are several quality of life features present at launch, but jumping in and out of multiplayer matches is efficient and bug-free. Firefight’s also running well and remains to be incredibly fun and addicting.

Currently, crossplay is only enabled between Steam and Windows 10 versions of the game. 343 have stated they’re actively monitoring the status of the game before deciding to bring Xbox into the fold. I find it odd that a game like Modern Warfare can support crossplay between three different platforms while 343 are hesitant to include at least Windows 10 and Xbox at launch, especially with the existence of Xbox Play Anywhere. In their defense, I don’t understand the network and technical demands of crossplay, and I imagine it’d be complicated to link Xbox and PC players together with the entirety of MCC available on one platform and Reach alone on the other.

I haven’t yet dabbled with mods, but I love that 343 are supporting them. Upon installing MCC, you’re provided the option of bypassing anti-cheat before launching the game. I don’t have anything else to share on the matter, aside from my excitement to see what the community whips up over time for the campaign and custom games. 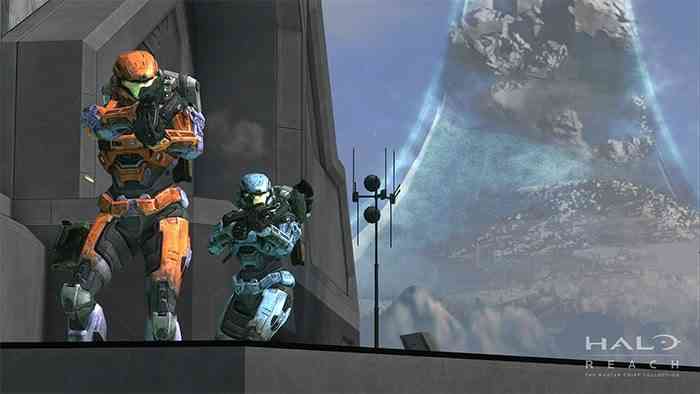 If you’ve played Reach, you’re well aware of the killer armor customization. It’s easily the best the franchise as ever offered, and I’m glad to know Halo Infinite’s drawing inspiration from it. With this version of Reach, 343 have reimagined unlocking gear. Instead of earning credits through progression across all modes like original Reach, you unlock it with Season Points granted through PvP exclusively. It’s pretty disappointing as I loved the satisfaction of working toward that next piece of armor, whether I was progressing through the story, throwing down in Firefight, or playing Slayer. It isn’t detrimental, but I’m struggling to understand the reason for changing it. Sure, it falls more in line with modern battle/season passes, and armor supposedly unlocks at a steadier pace, but I much prefer selecting specific gear at my leisure. As long as it doesn’t require hundreds of hours to earn my grenadier getup, I’ll be a happy Spartan.

While Halo: Reach on PC is actively undergoing maintenance, it’s achieved an exceptional launch and feels great to play on mouse and keyboard. If MCC maintains a large player base as the rest of the collection trickles out and crossplay with Xbox is enabled, the next golden age of Halo could be on the rise as we approach Infinite. I’m thrilled that the collection is in a phenomenal place on console, and with PC now being my preferred platform, I’m pumped to experience the remainder of it. Halo’s popularity has undeniably dwindled over the last decade, but it’s not dead yet. After all, Spartans never die. They’re just missing in action. 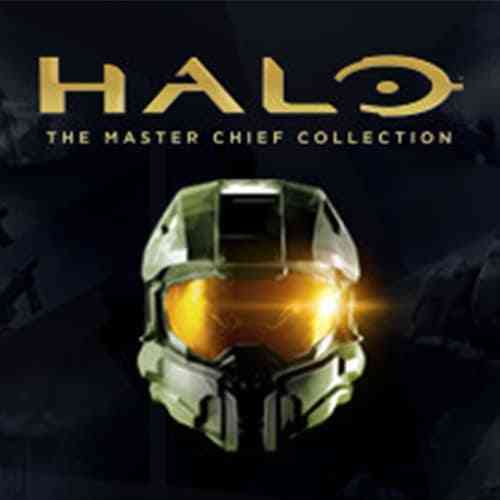