Voodoo Vince for the Xbox is a bit of a cult classic that I’m happy to see a remaster for. While it’s simply an art touch-up, this game was never given backwards compatibility or released on the 360, so it’s been a long time coming for fans. Vince is back, and he’s still got the same Cajun style that helped set him apart from the rest.

You play a voodoo doll brought to life when your owner, Madame Charmaine, is kidnapped by her nemesis Kosmo the Inscrutable. It’s your job to save the day, armed with some basic attacks and one secret weapon: voodoo magic. This platformer differentiates itself by making Vince a primary target for punishment, hurting himself to hurt the enemy. While it was a lot funnier watching him get destroyed a number of ways when I was younger, everything still holds up pretty well for the most part today. Platforming sections are pretty standard, and the collectibles in most levels don’t feel like too much of a chore. Levels can be short, but due to the almost non-existent load times on current consoles or PC, this isn’t that big of a deal.

“Vince himself is looking sharp on my now much larger TV, and the widescreen conversion is appreciated.”

The combat is basic, with a three hit combo, a spin attack, and a head slam. However, for the most part it’s easy enough to keep your meter filled and kill most enemies with your powers. Because of this, you’ll constantly get to see and use all the new powers you pick up throughout the adventure. As long as you go in expecting something more akin to Banjo-Kazooie than any sort of brawler, I’m sure you’ll be pleasantly surprised.

Visually, this touch-up looks great. Vince himself is looking sharp on my now much larger TV, and the widescreen conversion is appreciated. Some aspects, like the skybox  in a few areas, could still use some work, but you won’t be spending much of your time looking in that direction anyway. Most levels though look just as good as my rose-tinted glasses remember them, so the artists have certainly done a bang-up job of bringing Voodoo Vince to 2017 and the land of 1080p or even 4k. 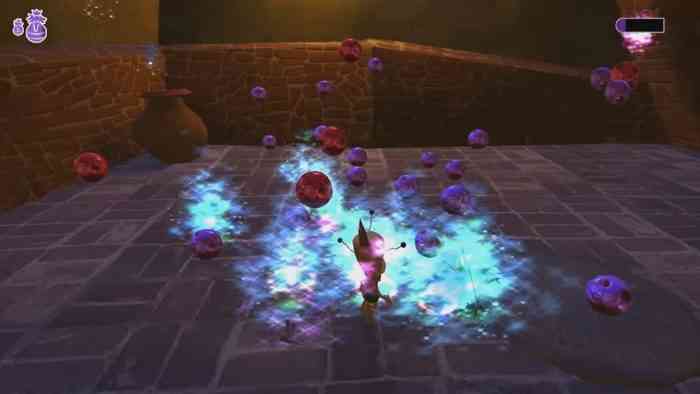 Gameplay and level design remains solid, yet not outstanding. You’ll find small puzzles in most zones, like grab this object to manipulate that one. This is all broken up very nicely via either boss fights, or content with alternate mechanics. The boss fights all follow the same principle of hurting Vince more than normal three times, but the end-goal is accomplished differently each time. Alternate mechanic sections like the rat-riding or rope-sliding aren’t amazing, but they’re all done well enough so that they’re a nice break and not at all frustrating.

“In some cases you need to aim so high up you can’t even see the objective anymore.”

Except for one simple mechanic… The cannon/crossbow shooting. Words cannot describe how annoying this is, and I must have scrubbed it from my memory banks due to the trauma it inflicted on my younger days. Basically, you need to shoot Vince out of a cannon or crossbow a few times, and the amount of lobbing you need to do is absurd. In some cases you need to aim so high up you can’t even see the objective anymore. I completely understand having to aim a bit higher to get the right trajectory, and maybe what’s programmed in is a bit more realistic, but it’s not fun having to walk back and make minor adjustments several times before getting Vince through that hole or over that candle. I really wish they had fixed this.

Regardless of whether or not you played the original, Voodoo Vince: Remastered is absolutely worth picking up. It’s got a low price tag, a decent campaign, and plenty of collectibles to keep anyone satisfied. If you’ve been waiting for Yooka-Laylee but can’t quite afford it right now, then this could definitely be the game to tide you over. 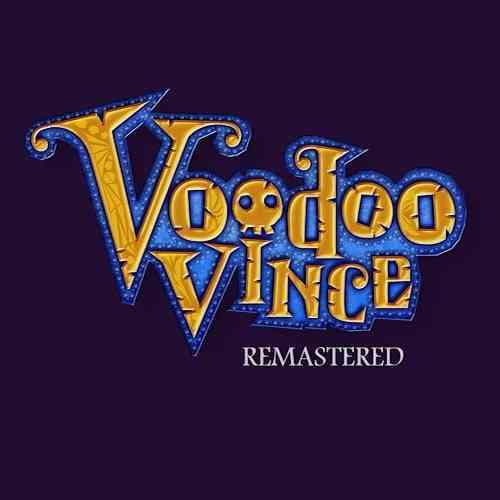