Take Super Lucky’s Tale, add some Crash Bandicoot, and throw in a touch of Moss VR and you’ve got Ven VR Adventure, now on Oculus Quest 2 from Polish developers Monologic, after appearing on Oculus Rift. It’s got some enjoyable platforming gameplay and cute, polished visuals, all of which would make for a delightful experience except for a very annoying camera that kills the fun at times.

You control the protagonist, Ven, as he jumps over chasms and avoids enemy monsters to save his people, the Eki, from the evil clutches of the oddly-named Bruce Nelson. Gameplay is standard platforming but, of course, with the added 3D twist that comes with VR. You maneuver the adorable little Ven, just like you did in Moss, through 12 levels spread over 3 worlds that you unlock as the game progresses.

Playing Ven is fun for a few reasons. Firstly, levels are well designed; they’re an ideal length that feels substantial without being overly long. Checkpoints are judiciously spaced, giving you the incentive to reach the next one but not punishing you too harshly when you die (often). Challenge within levels is nicely balanced, with enemies along the way to keep you on your toes and a gradual ramp-up in difficulty between levels. Ven is a well-designed and executed game.

The production values are also quite high overall. Ven and his little Eki brethren are very cute and cuddly — even if their similarity to other established properties made me wonder how they were able to get away with it legally. All 12 environments are visually pleasant and varied, with different settings that range from bright and sunny outdoor locales to dark and foreboding dungeon-like ones. I also found the music to be an excellent accompaniment to the tempo and theme of the action.

But the camera. Throughout Ven, you’re limited to a fixed, on-rails camera view that really gets in the way at times. It moves forward but not backward or side to side, so you always feel playing Ven that your view is obscured. It’s also fixed in height, so you’re often forced to look at Ven and the level from an odd angle that’s too high or too low. Your neck will get a workout from all the craning you do to see Ven’s action at times. Yes, the developers have added an ability to go back if you miss anything in a level, but Ven must go there for the camera to follow him. While this improves the game somewhat from its earlier versions, I still found myself struggling to see everything going on adequately. 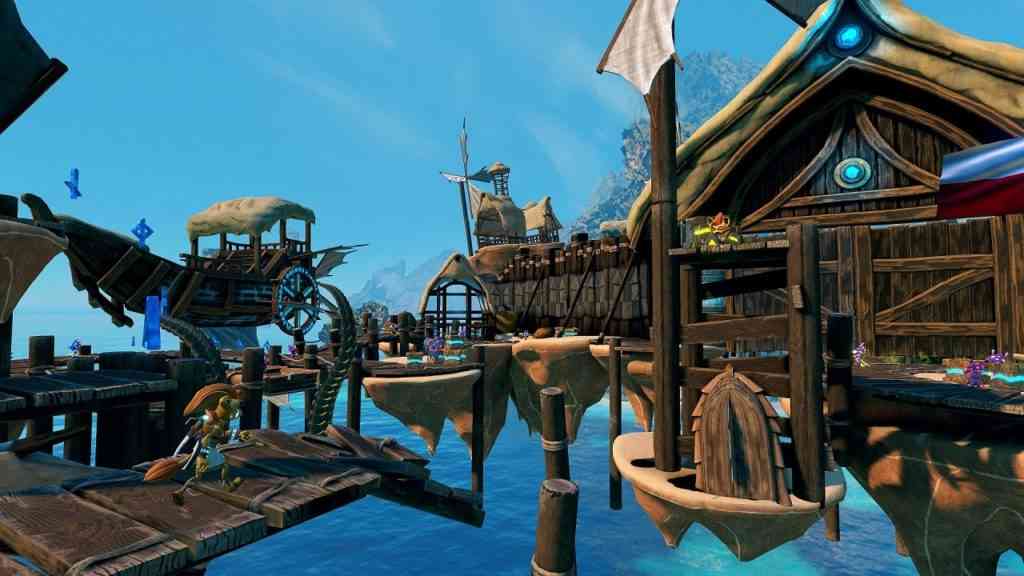 And sometimes, you can’t even see at all. Several times the fixed camera left me with a wall blocking my view of Ven. I had to maneuver him blind, hoping he’d come safely back into view. And the wonky camera also made it hard to judge my jumps, so I didn’t know where Ven would land much of the time. I died many unfair deaths this way. You get the idea; Ven’s camera is a serious downer and having played such great VR titles as Trover Saves the Universe, I know that it doesn’t have to be this way.

I would have also liked to see some more elements added to the gameplay as well. I was disappointed to see that, after a solid first few levels, Ven does little to change things up from that point. You’re given a few twists here and there, like trampoline-jumps and a couple of different enemies, but that’s it. Otherwise, Ven is a very straightforward, albeit well-made, platformer. Only in the game’s Boss Battle moments does it show any variation. I kept expecting more, like some puzzle solving, some new skills to learn, or some nice cut scenes to spice things up, but to no avail. 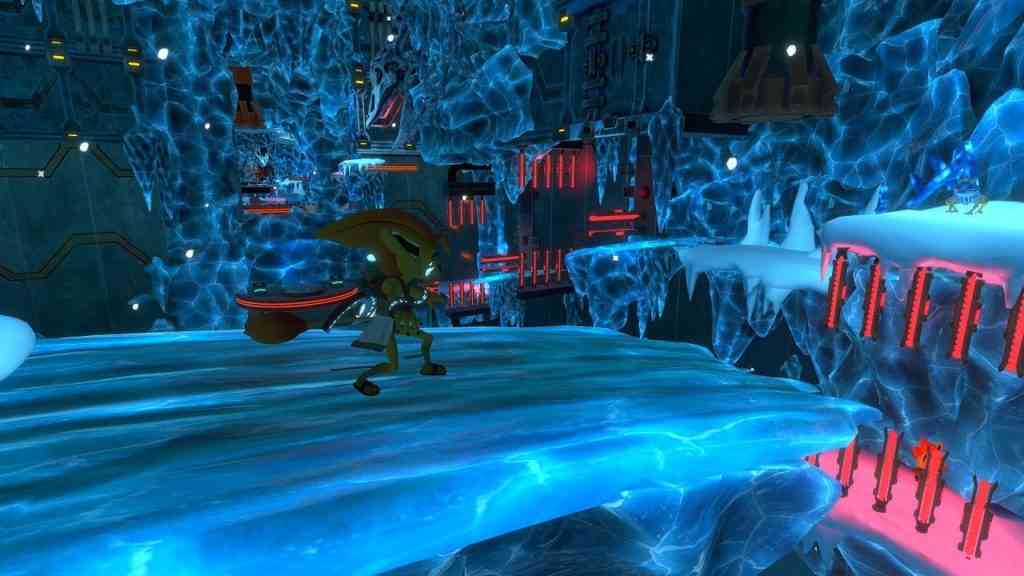 From a VR perspective, Ven VR Adventure is comfortable to play sitting or standing — although, as I said, give your headroom to lean and stretch to see at times, I also felt no motion sickness, and that’s one area where the steady, fixed camera helped. I also like how Ven makes good use of VR and makes it a part of the gameplay, with height and depth figuring into the obstacle courses and how you traverse them.

Ven VR Adventure is overall a solid platforming adventure that uses its many gameplay influences well. There are some nice courses to play through and a visually appealing world to unlock in around 5 hours. They’ve also improved the game from previous versions, allowing you to send Ven backward to retrace missed parts of a level. But I still wish that darn camera didn’t intrude on the fun so much; that issue and a general sameness were a letdown to what is otherwise a game with lots of positives.