Turtle Beach has become a name that is synonymous with gaming accessories. While they’re more known for their excellent line-up of headsets, they’re slowly expanding into other types of accessories, such as controllers.

This brings us to the brand new Turtle Beach Recon Controller. This controller has been designed for Xbox and is fully compatible with Xbox Series X, Xbox Series S, Xbox One, and PC. Let’s take a look at how this wired controller compares to other 3rd party controllers.

The first thing you’ll notice when unpacking the Turtle Beach Recon Controller is just how busy the controller face looks. In addition to the standard buttons you’ll find on the Xbox Series X controller, you’ll also see a collection of buttons just above the Xbox button. This collection of buttons is really what makes this controller stand out from other 3rd party controllers. With these controls, you’ll have full headset audio control, the ability to map the two additional buttons on the back of the controller, and more. I really appreciated this approach. Some third parties require PC software or other means to make their added functions work – Turtle Beach just added all the necessary buttons right there in your face.

Unlike some 3rd party controllers, the two additional, mappable buttons are built into the rear of the controller. They’re located right where middle fingers rest – making them incredibly accessible. For me, I mapped the left rear button to the left button on my D-Pad, making it easier to spot/target in games like Fortnite. The right rear button I opted to use with the Recon exclusive Pro-Aim Focus Mode. While the Pro-Aim Focus Mode is activated, movement with the right thumbstick is reduced substantially, allowing for more precise aiming. Does it replace a mouse and keyboard? No. But if you have the drop on an enemy, you have a much better chance of nailing a headshot with this precision aiming. It’s also worth noting that there are 4 different Pro-Aim Focus mode settings, allowing you to decide how much the movement speed is reduced. 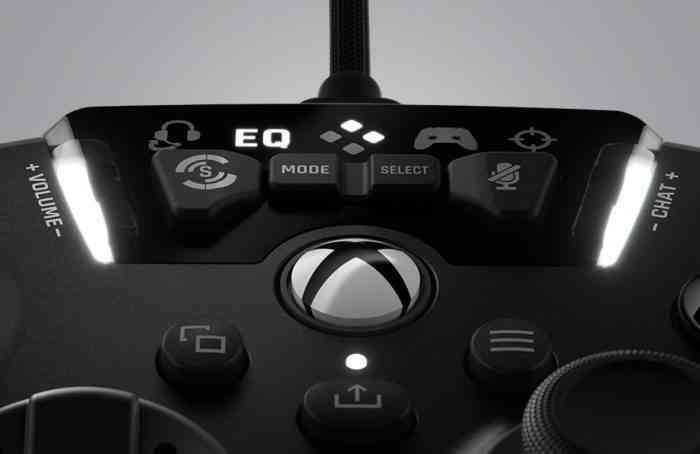 Being a Turtle Beach controller, it makes sense that some of their biggest innovations revolve around headset audio. Once you plug a headset into the 3.5mm port, you’ll be able to toggle some of the additional buttons featured along the top of the controller. There are separate volume and chat buttons, allowing you to increase or decrease the volume for the game or for party chat. There’s four pre-set equalizer settings – Turtle Beach’s exclusive “Signature Sound”, Bass Boost, Bass & Treble Boost, and Vocal Boost. There’s a handy Mic Mute button, perfect for when your partner comes into the room and starts yelling at you about the dirty dishes in the sink. And finally, there’s the Superhuman Hearing button. This button uses what I can only assume is magic to enhance specific in-game sound effects such as enemy footsteps. It’s not perfect – sometimes other less relevant sounds get enhanced (read: louder) too – but it’s still helpful.

Only One Glaring Issue

As noted before, this is a wired controller – and it comes with a 10 foot (3 meter) USB-A to USB-C cable. While a 10′ cord seems to be the standard among wired controllers, it’s not ideal for everyone – myself included. My living room is just too wide, so during my time with this controller, I mostly tested it on my PC. Hopefully, companies will start packing 15-foot cords with their wired controllers at some point. As for the controller itself, this is easily one of the most comfortable controllers I’ve ever had the pleasure of using. The grips include these neat micro-cooling channels that help keep your hands cool during lengthy game sessions. The bumpers, triggers, and rear buttons are coated with a bumpy grip that feels like a cat’s tongue grooming your fingers. I honestly can’t find any fault with the shape or feel of this controller – it’s the perfect size for my hands. 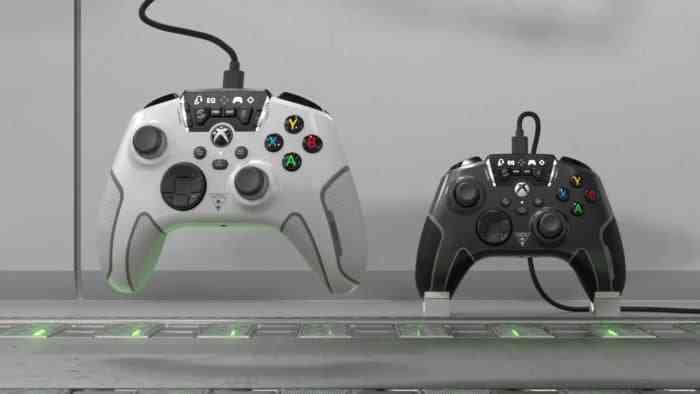 I am thoroughly impressed with Turtle Beach’s Recon Controller. It feels great to hold. The button and grip textures all work perfectly. The two rear buttons are brilliantly placed and definitely enhance the overall experience. While I didn’t find myself using the Pro-Aim Focus mode as often as I thought I might, it’s still nice to know it’s there. The sound features are a nice touch. I can use any wired headset and the controller will handle all the heavy lifting – including both chat and volume settings. The Superhuman Hearing is a very cool and useful feature. Honestly, if the controller came with a longer cable, this would be my go-to Xbox Series X controller. Unfortunately, due to the size of my living room – I’ll have to stick with wireless for now. With that said, if you’re in the market for a new Xbox Series X controller, I would strongly suggest considering the Turtle Beach Recon controller.

Still not convinced? Check out the Top 5 Reasons Why We Love the Turtle Beach Recon Controller.

Cord should be longer
No case 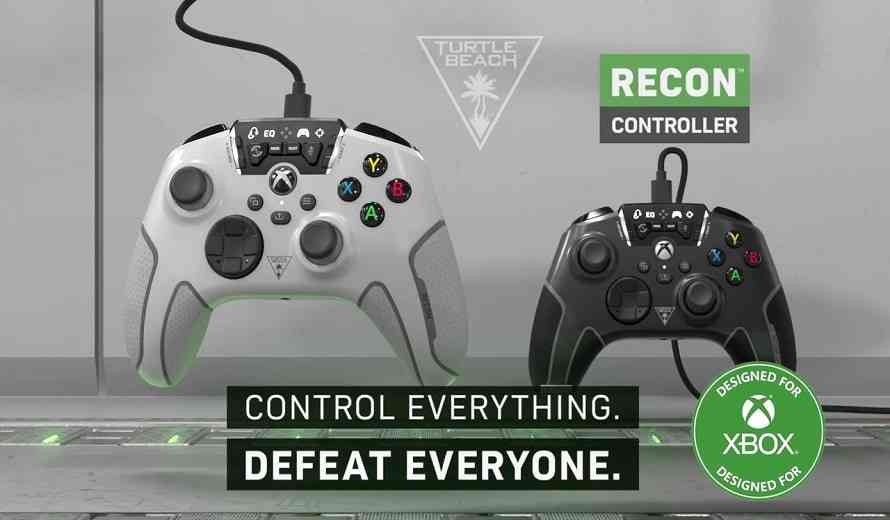