Both published and developed by Monologic Games, Ven VR Adventure Is an adorable, vibrant, and surprisingly addictive platforming title in VR. As the game begins we open with a brief explanation of the history leading up to the start of the game. Ven’s people were a peaceful race until nefarious alien invaders arrived to terrorize and generally cause mayhem. Fleeing into hiding and learning to craft weapons, Ven is soon joined by an alien robot who – unlike the others – does not wish to hurt anyone. If this budding friendship turned colorful platformer sounds familiar, it’s because we have seen this numerous times in the past during that sweet golden age of platforming and to be honest, Ven VR Adventure capitalizes and embodies that same nostalgia.

As a character, Ven ticks all the important boxes: he is stylish and adventurous without being intimidating. He has a mild charm to his design and movement while being friendly and cool. It’s a notable formula we have seen with Ratchet and Jak from their respective franchises, and one that translates fairly well here. He does, however, come across as somewhat generic with no spoken dialogue or defining personality, but it only took a few minutes for me to feel connected to him and his plight.

Gameplay immediately reminded me of a combination of PS2 era platformers and the astounding experience of Moss VR. Whereas famous platformers like Ratchet and Clank or Jak and Daxter had a variety of skills at their disposal (and even Quill from Moss can be incredibly diverse) Ven himself has a simple moveset of jumping, attacking, and a small AoE. This does put him more in par with Crash Bandicoot and to be honest, it really isn’t a negative comparison. Levels get progressively more challenging as you platform ahead, destroy boxes, and collect all the critters that went into hiding. Later levels can definitely be more intense than the cutesy art design might suggest, but it is satisfying nonetheless to get through to the end. 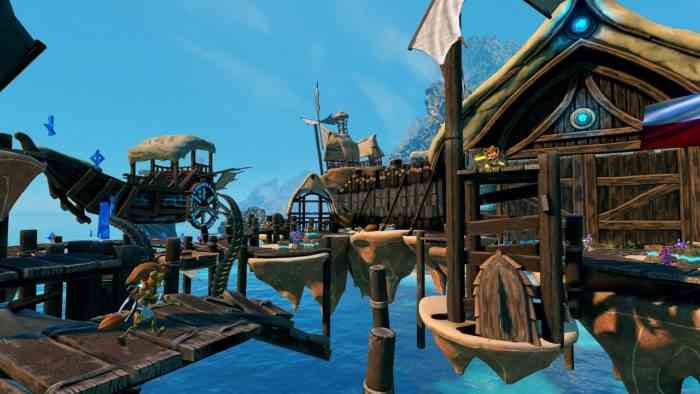 Your key role is guiding Ven through the level and giving him his basic commands via the controller inputs rather than any motion controls. As Ven progresses through the stage, the camera automatically scrolls forward sort of like a stop-and-go rail shooter, but this became the biggest problem I experienced in the game; the camera. Your position cannot be adjusted left or right, nor can you back up. The further Ven moves, the camera automatically moves forward. This was particularly bothersome when Ven would sometimes be directly beneath me, or if I wanted to retrace my steps I was unable to simply move the camera backwards. While it certainly didn’t break the game, I would rather be given some degree of camera control while progressing through the stage because as it stands now it sticks far too close to Ven.

Rather than pausing the game to check out progress, all of the levels information is helpfully visible right on your wrists. Lives, hit points, and the number of Ven’s people you’ve saved in that stage are conveniently there for easy viewing, along with how many boxes you smashed and how much currency you’ve collected. Discovering that the number of kids saved and boxes smashed go towards 100% completion also left me annoyed with the camera, as one wrong move and I would have to restart the level to get that single box which was pushed just out of reach. 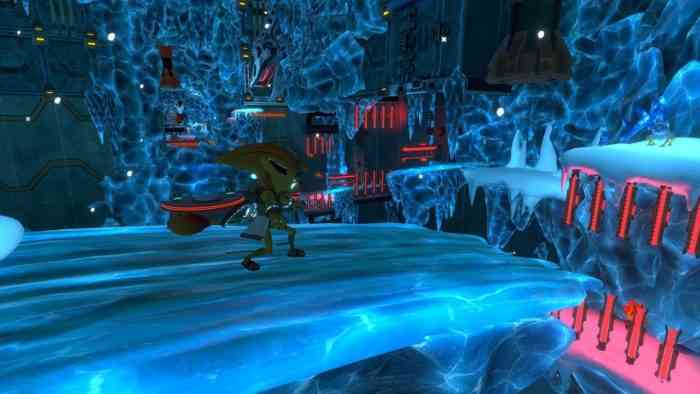 I also can’t talk about Ven without mentioning the soundtrack. The developers at Monologic Games must have had those colorful platformers in mind when designing this experience because the ambient music is an absolute delight to listen to while exploring the various stages, and each unique track drums up all manner of memories from the good old days. The music for each stage sets the tone and is just as effective at pulling you into the game as the VR experience itself. I will say that for as much fun as I had playing the game, I find myself questioning if it needed to be a VR game in the first place, or if it benefited from this treatment at all. It is an absolute blast to play and the fact you can fist bump Ven is a nice touch, but it probably would have been just as fun with a regular controller and conventional camera.

Ven VR Adventure is an amusing, entertaining, and engaging platformer that is easy to get lost in Everything feels familiar enough to strike that nostalgic chord while being fresh and engaging in VR to keep you playing. The game borrows concepts from the likes of Crash Bandicoot, Moss VR, and the classic platformers of generations past, but gives us something just different enough to be enjoyable. I would have liked to see the character of Ven given more personality as this really is HIS tale, and the strangely close camera with no ability to backtrack even just a step or two is more annoying than it should be. As the first VR title put forward by Monologic Games, Ven VR Adventure is an incredibly enjoyable marvel. With a few minor tweaks, it could be a must-have VR experience.