For starters, Super Meat Boy Forever is a direct sequel to Super Meat Boy. In the previous title, players had to play as Meat Boy as he attempted to save his girlfriend, Bandage Girl from the evil Dr. Fetus. Super Meat Boy Forever picks up some time later with Meat Boy and Bandage Girl having a lovely little picnic with their baby, Nugget. That is until little Nugget is kidnapped by, you guessed it, Dr. Fetus! Now it is up to the two parents to take on challenge after challenge in hopes of rescuing Nugget from their arch foe.

While the story may appear to be super basic and extremely similar to Super Meat Boy‘s plot–which is already a parody of Super Mario Bros. in and of itself, the plot is actually fairly nuanced and captivating. Side characters are introduced through the boss battles present at the end of each world–more on these later–all of which have a tangible impact on the plot’s progression, and while none of them actually speak, the characters are layered and loveable. The ending even had me feeling sympathy for Dr. Fetus himself, amongst many other unexpected emotions. The surprisingly well written storyline is only made better by the addition of the incredibly well animated and comedic cutscenes. 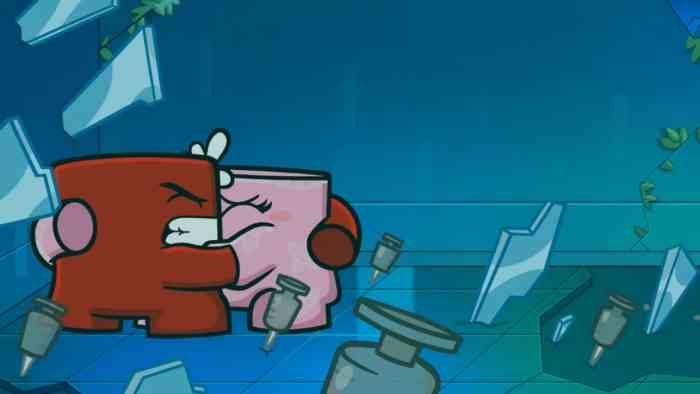 A Love Letter to the Original

The story mode takes you through 5 different worlds, each consisting of 6 levels and a boss. Aside from the boss battles and the few tutorial levels included at the beginning of the game, each of the levels available for you to beat are randomly selected from a pool of thousands–literally 7000 potential levels according to the game’s Steam page description.

Levels in Super Meat Boy Forever tend to be a fair bit longer than those found in its predecessor and there’s a reason for that. The game is able to randomly generate so many levels because each level consists of several chunks that were all individually designed. The levels consist of 5-6 chunks that cohesively work together, transitioning from section to section seamlessly. While they are randomly generated, you will not get two chunks with different backgrounds, mechanics, etc. that don’t fit together–each level will feel cohesive and intentional. I actually forgot that the levels were procedurally generated until the 2nd or 3rd world when I went to look for a guide for a particularly tricky chunk and saw that the walkthrough I was watching was completely different than the level I was playing. So, while you might get a completely different level than one of your friends, it should still feel like a normally designed level to you. Each chunk also serves as a checkpoint, so it really does feel like each level is made up of several mini-levels, though you might not even realize where one chunk begins and another ends unless you die and respawn at the checkpoint. In addition to the main “light” world levels, there are also parallel “dark” world levels to take on after clearing the light world’s time trials. There are also warp gates that take you to fun mini-game levels that can unlock new playable characters, as well as collectible pacifiers that can be found throughout the game. 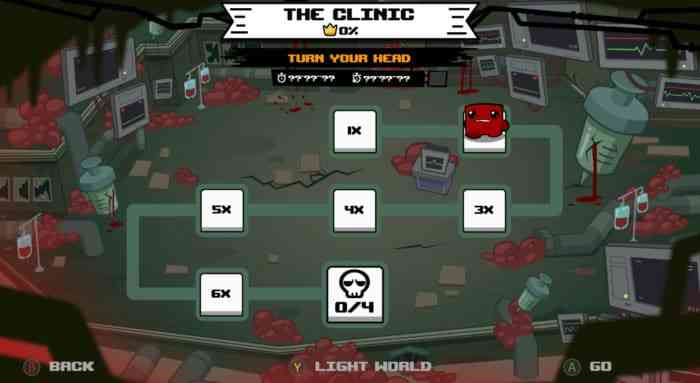 Each save file is giving a new load of seeded levels–meaning you can beat the game and start a new save file for a completely new experience, minus the boss fights that is. Before we get into the boss fights, we should talk about the core gameplay loop.

This is where some people might lose interest in the game. While Super Meat Boy Forever looks like a traditional sequel to Super Meat Boy–it does have one major difference from the last entry in the series, it is an auto-runner. What is an auto-runner? Well, it’s pretty straightforward, the game automatically forces you to keep running in whatever direction you are facing. The only way to change directions is to bounce off of a wall, in which case, you will then be forced to keep running in that direction until you jump off another wall and so on. A lot of people were turned off by this addition to the game, with many players deciding not to pick it up at all and with others requesting refunds upon realizing the game’s new mechanic. It sure makes the game feel different, but is that a bad thing?

Personally, I don’t think so. I’ve played Super Meat Boy and I thoroughly enjoyed it, and while Super Meat Boy Forever is definitely a bit different, I actually really enjoyed the auto-running aspect. Well, to be fair I didn’t at first. However, after the first couple of levels I realized the advantages of it.

Super Meat Boy Forever focuses on fast-paced, puzzle platforming. It takes the concept of trial and error and puts you through the ringer with it. Every death brings you one step closer to reaching that final goal as you master each little component of a section until you are able to consistently beat it and move on to the next part. One thing to note about the auto-running mechanic is the fact that you can and will miss your chance to beat a particular section on occasion. There are sections that require you to hit the correct obstacle or power-up, or else. Sometimes you might feel like you can save yourself as you jump off a wall and start running into the opposite direction but reaching the left side of a section will also cause you to die as there is no going back to the chunk before.

Finally, let’s talk about the boss fights. As I mentioned earlier, there are 5 boss fights throughout the game, each taking place at the end of one of the worlds. Surprisingly, I somehow stumbled my way through the first boss fight with ease, not dying a single time. However, I cannot say the same thing for the rest of the boss fights. A couple of the later fights took me almost an hour with roughly 400 deaths. Repetition is key in mastering these fights as you have to have precisely planned out movements in order to consistently deal damage while dodging the one-hit KO attacks. Remember there are no checkpoints during these fights, so you have to start over every time. They may seem a bit overwhelming at first, but like I said, you will learn and improve your method to perfection and it is so satisfying when you finally land that killing blow. 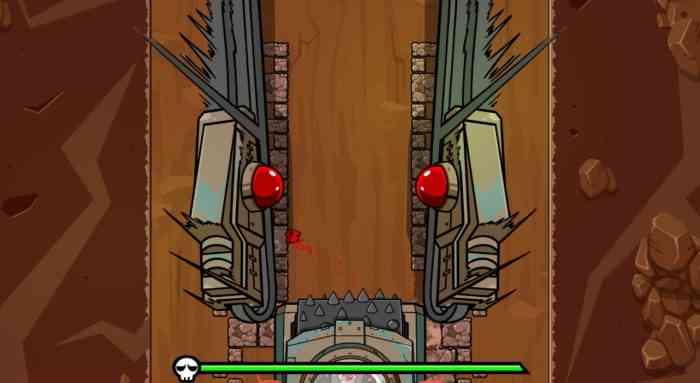 The game’s graphical upgrade is a natural evolution for the series as it stays true to the simplistic look of Super Meat Boy but improves upon it. The game looks really good and the cutscenes are even better.

You will also want to listen to the soundtrack while you’re playing as the game has some awesome tunes to get you in the zone. The game has one of the best soundtracks I’ve heard this year, especially as far as rocking indie tracks go. Overall the game’s sound design is fantastic, with punches and kicks feeling nice and meaty, exactly what you want to hear when beating the crap out of Dr. Fetus.

Super Meat Boy Forever may be a little bit of a controversial sequel to some Super Meat Boy fans. Even if you are disappointed or turned off by the addition of the auto-running mechanic, I encourage you to give the game a try–especially if you are a fan of the original. The game has a massive amount of variety and replayability, a charming and fun storyline to follow, and some incredibly difficult boss fights to take on. While a game like The End is Nigh might be more similar to Super Meat Boy, Super Meat Boy Forever is one of the best indie games to release this year and shouldn’t be overlooked or looked down on for taking a different direction than previous titles in the series. 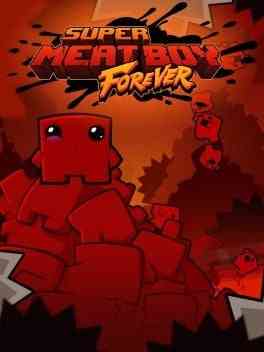