Newcomers, who are fans of story-based puzzle games, are best served playing the original first. The reason for this is its story is a direct continuation of the original. If you’re a puzzle-hungry game player who doesn’t care about story, then Professor Lupo: Ocean will stand on its own, but I would still suggest playing the original for no other reason than its greater amount of content.

Those who don’t care about the story would be missing out on a very compelling one, which follows the ending of the original game. The characters from Horrible Pets left for an adventure in that game’s finale, and Ocean begins with their space station crashed underwater. Without playing Horrible Pets, the player won’t even know why the game is called “Professor Lupo”, because the only characters the game begins with are a cloned maintenance worker named “Clone”, and an AI computer system named “Pluto”. What happened to put the space station underwater, and what happened to the characters from Professor Lupo and his Horrible Pets is the mystery that drives players through Professor Lupo: Ocean. 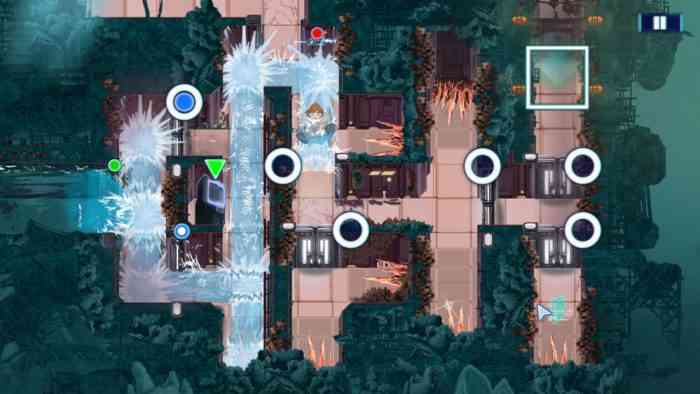 Professor Lupo: Ocean is a point and click game, and as such features controls reminiscent of the Nintendo Wii’s. Players have to point and click Clone around the space station. The left joystick can be used to move Clone instead, and the right joystick can be used to look around the map. I can see how this setup would work perfectly with a keyboard and mouse, but with a controller it was a little clunky and took a bit of getting used to. However, the controls are simple enough that it won’t be much of an issue for most players.

Any puzzle game will live and die on the quality of its puzzles, and Professor Lupo: Ocean’s are good. They’re all water flow-based. Clone has to open and shut doors to create a flow of water that won’t drive it into spikes or a hungry alien. Each mistake results in the Clone’s death, and all doors are reset for a quick continue right where the player died. Levels feature documents, which require a different solution to retrieve, and reward the player with backstory information. As the game progresses, the puzzles increase in complexity, but that’s the gist of them. I appreciate a large variety in my puzzle games, and Professor Lupo: Ocean is more about mastering this particular style of puzzle. It’s one that I didn’t love or hate. I got a little bored by the end, but the game is short, which helps. Someone who would thrive on this style of puzzle has a very well-explored puzzle sequence ahead of them.

Aesthetically, Professor Lupo: Ocean is a gorgeous game. It has crisp hand-drawn graphics, and an ambient, jazzy, Metroid-like soundtrack that suits the mysterious, dark-ish tone quite well. The characters are fully-voiced and well-acted, and the dialogue between characters is sharp and often humorous. 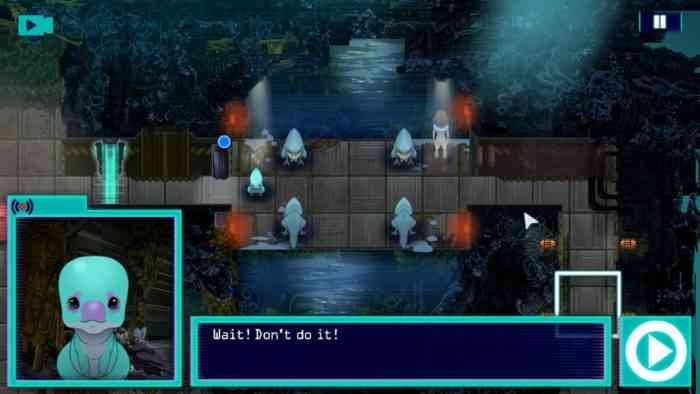 Professor Lupo: Ocean will be a treat for fans of the original. It continues the story, sets up a compelling mystery, and it looks and sounds fantastic. The puzzles are of one kind, however, and the game is short. Luckily the price tag is small, and it really is a continuation of the ideas/ story of Professor Lupo and his Horrible Pets. Puzzle fans should enjoy the length and variety in that game, and come back for more of a very specific-kind of puzzle in this sequel.