I’ve Been Waiting For You

I have searched a long time for something like the Antlion Modmic USB. In case you didn’t know, I’m a member of COGconnected’s ‘Press X to Podcast,’ wherein my colleagues James Paley and Paul Sullivan absolutely demand that my audio be crystal clear lest ye be confined to the cellar for another supperless night.

Given that I’ve now done over a year’s worth of shows with a headset/microphone combo that cost me just north of $27, you can imagine there’s been many a cold evening in the basement. But, alas, good ole Rhett might be able to eat at the big boy table tonight because the Antlion Modmic USB has completely flipped my podcasting-game around. Antlion Audio truly is on to something here with their line of affordable studio-quality microphones, and I look forward to years of broadcasts with this baby at my side (or, between my fingers, Bob Barker style).

I’ll be the first to tell you that I was an utter skeptic when I first heard about the Antlion Modmic. I’ve tried a dozen or so microphones over the last fifteen months in an effort to improve my recording quality. Nothing has worked. I realize I should have just bought something expensive and rid myself of the headache. But I stubbornly hung onto this wilting notion that something would descend from the heavens and – in a perfect moment where the universe unfolds as it should – I would find what I had searched seemingly all my life for. It more so went down with Paul Sullivan telling me to use the Modmic to replace whatever piece of trash I’d been using to record the podcast with, or I was fired, but that’s neither here nor there. It’s not the journey that matters; it’s the destination, contrary to what you’ve been told. And now that I know the destination is the Antlion Modmic, I never want to leave.

Whisper In My Ear

I’ve recorded over two dozen hours of audio with the Antlion Modmic USB, spanning podcasts, musical accompaniments, and a series of COGconnected themed erotic fanfictions that are sure to make the hairs on the back of your neck stand. And it all sounds superb. I’ve seen many headsets that have been touted as having top-of-the-line microphones, but when you get them onto the frontlines, they simply don’t cut the mustard. The Sennheiser 601s that we just reviewed come to mind. A $300 set of cans shouldn’t leave you wanting more out of your microphone. But I guess that’s where Antlion comes in.

The beautiful thing about the Modmic USB is that it comes equipped with a couple of ridged “sticky pads,” as I like to call them. They’re about the size of a chocolate chip, and they’ll attach to any surface you’d like them to. The microphone itself is then able to be magnetized to these pads as needed. It’s a smart design that I’ve found has been able to be applied to several recording positions, including in front of and above me. I would have liked to see a few more of these “sticky pads” included, but you do get replacement adhesive pieces. You’ll at least get several years out of the ones you have. But the biggest issue is that the microphone stem itself isn’t as long as it needs to be.

There’s a decisive difference in clarity when I’m speaking into the Modmic directly, as opposed to when I have it attached to a set of headphones, using it in a more traditional sense. It’s not that the Modmic sounds bad when the microphone is to the left or right of my mouth; it’s just that it conclusively sounds crisper when in front of me. For this reason, I’ve found no better way to use the Modmic than in that classic, thumb-middle-forefinger grip made famous by one Robert William Barker. And you know what? That’s fine. That’s sexy. If you need convincing, feast your eyes on the garden-fresh 2020 Game of the Year edition of Press X to Podcast. The cameras were rolling, and some of it was too hot for free TV. 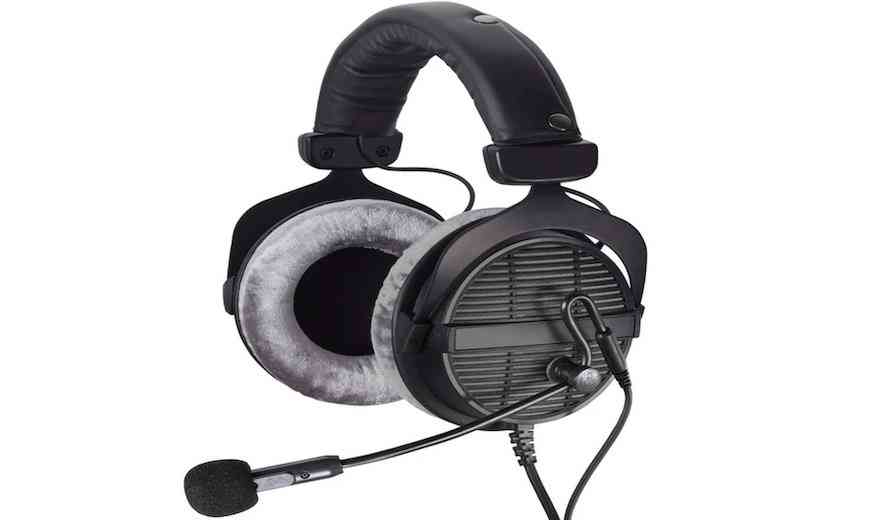 What’s not too hot for TV is the fact that the Antlion Modmic USB has been a dream. It’s effortless to set up, being plug and play, and you simply can’t beat the audio quality for the price. Antlion is claiming this as the best wired Modmic ever made, and needless to say, that’s factual. Yes, I would have liked for the mic stem to be a bit longer. And I certainly could have used more “sticky pads,” only because I’m lazy and like to make moving things from room to room as painless as possible. But if you’re like me and have been struggling to find an affordable mic that won’t leave you with embarrassing levels of audio quality for the entire internet to mock, the Antlion Modmic USB is the ticket. 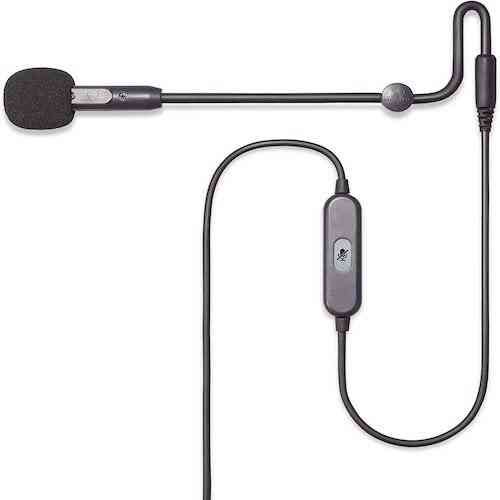