The game offerings for the VR platform have been a mixed bag thus far – ranging from surprisingly good ports of established titles like Skyrim to simplistic mini-game compilations that amount to barely more than demos of the nascent medium. But in Moss, from developers Polyarc. the PSVR finally has what can be fairly called its first great game title. With a lovable protagonist, a heartfelt and endearing story, and a presentation that takes full advantage of VR like no game before, Moss represents a major step forward for the platform.

Moss begins much like the fairy tales we had read to us before bedtime by our parents – a storybook floats in front of you, and using the Dualshock 4’s motion abilities, you reach out and flip the pages to get started. An evil serpent has overthrown the Kingdom, and a tiny murine hero named Quill must embark on a quest to save her uncle.

What unfolds is a satisfying and well-crafted RPG that has puzzle solving at its core, but also has some combat as well. To move from area to area, Quill must – with your help – solve problems that allow her to continue on her journey. And the player, far from being uninvolved, is a crucial fellow-traveler on this adventure, a partner without whom Quill could not survive.

“Moss represents a major step forward for the platform.”

Moss involves you like no regular game has in my experience. You as a player have a role to play in the tale, acting as the “reader,” to help Quill solve puzzles, travel through the world and even defeat enemies. Unlike many games – including those in VR – you are not just a passive observer of the action. You must manipulate objects, rotate spaces, and help Quill find objects by looking around in 3-dimensional space. You are a true partner to the adorable little mouse in this tale, and you’ll begin to feel very emotionally invested as your fates intertwine throughout this magical adventure.

A highlight of the game is its brilliant use of 3D to create vivid, enchanting environments that feel real in ways that no “ordinary” game can. Polyarc has clearly taken great pains to put details and environmental depth into each level, encouraging you to lean forward, turn your head around corners, or stand up to take in all that Moss has to offer. You’ll be rewarded for taking the time to discover everything this game has hidden away within its multi-dimensional depths.

Playing Moss just makes you feel good. And that’s partly because of the adorable little protagonist at its center. You become close with Quill, helping her get where she needs to go, and you grow to really care about what happens to her. If you reach out and pet her fur, she responds and shows appreciation. You’ll bond with this game’s main character in ways you haven’t in video games for a long time. 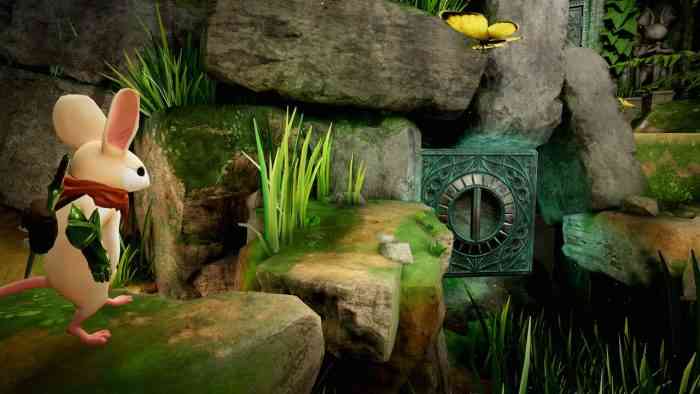 Puzzles in Moss are challenging, but not impossible. They start off easy as pie, but will gradually have you really furrowing your brow in order to unlock their secrets. Combat is similarly gradual in its learning-curve, and I liked the fact that I sometimes even had to incorporate enemies into the puzzles in ways that were quite creative. Kudos to Polyarc for creating an intelligent game that does more than use the VR element as a gimmick.

You’ll enjoy your time playing Moss, and there aren’t too many things I would change about the game. One downside isn’t really the fault of the game itself, and that involves the visual clarity. The resolution of the PSVR headset could be better, and I sometimes wished there were more pixels while playing. That’s not something unique to Moss, though, and the developers definitely make the most of their visual limitations.

“This is one VR bedtime story that you’ll never want to put down.”

But speaking of what Polyarc could have done better, it would have been nice if the experience of Moss was a little bit longer. Your entire playthrough will be around 4 hours, depending on whether you try to get all those secret scrolls or not, and that’s definitely on the short side. This is a brilliant game that left me wanting more – much more.

Moss will enchant you and win you over with its undeniable charm, artistic beauty, and the well-crafted 3D world. You’ll fall in love with Quill, whose tiny frame packs a big heart that will leave you sad to say goodbye to her by game’s end. This is possibly one of the first VR games I have played where I can honestly say that by strapping on my VR headset, I felt like I was escaping into a truly real, alternate world. This is one VR bedtime story that you’ll never want to put down.

** A PSVR code was provided by the publisher ** 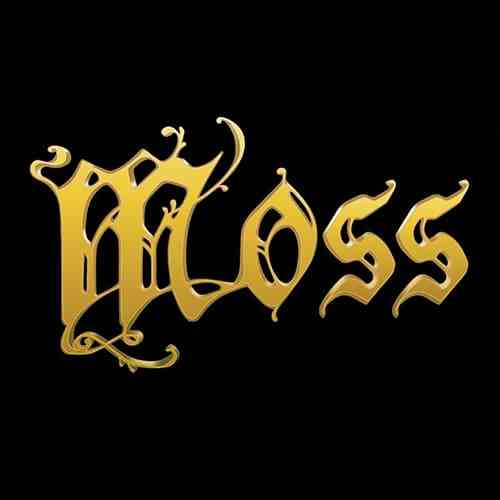