Tunche Review – Fighting Through the Forest

Side-scrolling beat em’ ups have been a staple of the industry since its inception. From Renegade to Double Dragon, the genre dominated consoles and arcades in the 80s and 90s. Whilst there has been somewhat of a resurgence with games like Streets of Rage 4 and River City Girls, modern examples have stuck to conventions. Looking to inject new life into the genre, Tunche has implemented rogue-lite mechanics that add strategy and unpredictability but will this intriguing combination overhaul an aging genre?

Set in the Amazon rainforest, you play as one of 5 protagonists searching for the mysterious spirit Tunche. During your quest, you’ll encounter numerous monsters that have infested the sacred land. Your task is to vanquish the creatures in order to reach the titular character.

A Punch to the Face

The simple yet fun combat has a layer of depth that makes each battle feel unique. Whilst combos aren’t overly complicated, there are a bunch that will damage your opponent in a variety of ways. Each member of the roster has their own fighting style making them feel different. Although only subtle, animations and attacks vary giving the incentive to experiment with different characters especially if playing co-operatively. With the skill tree, differences become more apparent. Fighters have specific moves and finishers which are unique to them. The melee strikes are complemented with magic-based ranged attacks. These become increasingly more important when trying to manage the overwhelming number of foes on the battlefield. Unfortunately, I did experience the odd bug that halted the intense action. At times an enemy would get stuck off-screen requiring me to blindly perform magic attacks in the hope that they would connect. If that didn’t work then it’s back to the start.

There are several ways to avoid harm. You can perform aerial and ground dashes to zip across the area or take a more offensive approach by performing a launch attack that sends enemies into the air, allowing you to then juggle between those above and below. This adds strategy to each run as you’ll need to survey your surroundings and create a plan of action. Similar to others in the genre, the 2D plane means that strikes may fly past your opponent rather than land due to being slightly out of line. Whilst LEAP Game Studios have been generous with the hit detection, it is an annoyance that can occur. 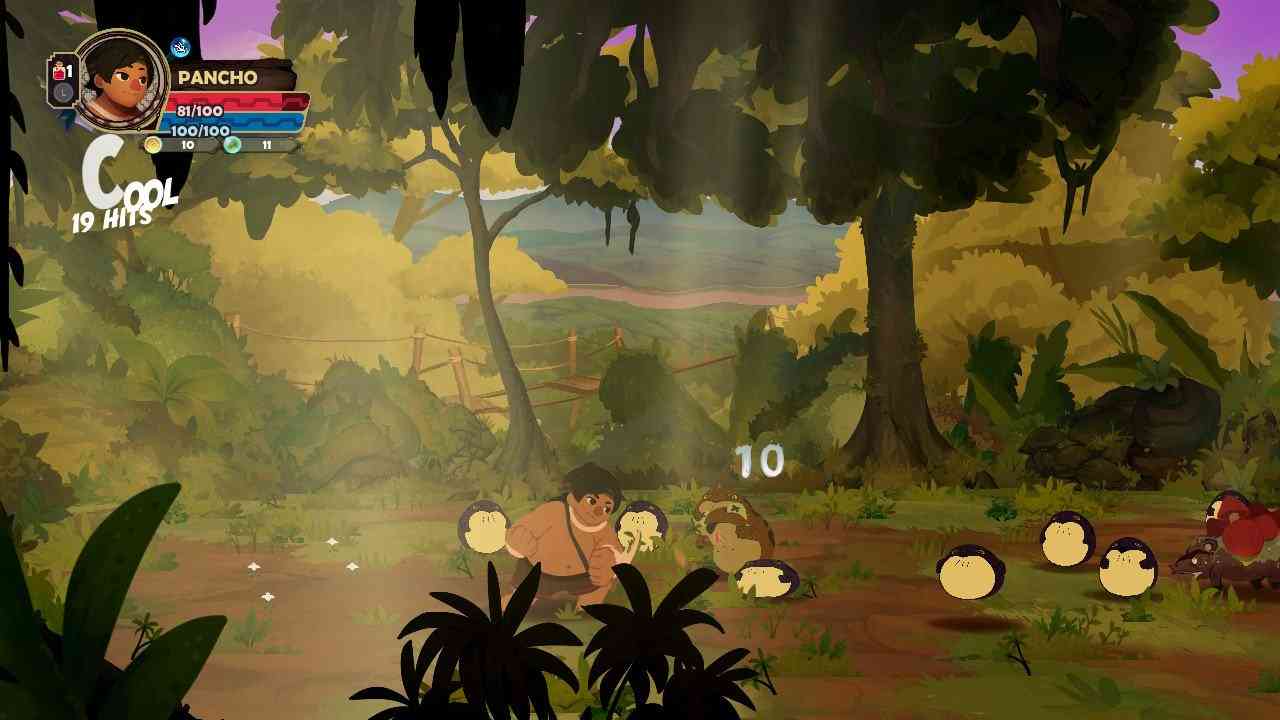 Tunche promotes fast and frantic action via the combo meter. Dashing from one enemy to another in quick succession is rewarded with a grade at the end of the stage. The better you do, the higher grade you achieve which will grant you a special kind of currency that allows you to add unique rooms in your run, giving you a range of boosts. Although there are many layers in play here, the game is still repetitive due to the core combat relying on simple elements. The lack of complex combos means that you will resort to a cycle of similar inputs to inflict damage.

The wonderful array of adversaries you encounter is a highlight of the game. From bloated frogs to suicidal birds, each enemy has specific attacks that require you to read animations and react accordingly. This is most evident with the screen-filling boss fights. At these points, you must avoid the barrage of attacks, whittle down the shield of the imposing beast and eventually conquer the colossal creatures. With bosses concluding each area, it can be extremely frustrating when a hard crash occurs and alas, this happened several times after toppling the monstrous foes.

Similar to other rogue-lite titles, when you die, you return to your hub to prepare for another run. It’s here where you will be able to upgrade your character, making successive treks easier. With the currency you earn during your journey through the Amazon, you can upgrade abilities that appear at random during runs. These are massively important and help to make each trip feel different. Collecting orbs will add stat boosts and modify attacks aiding you in your search for the lost spirit.

Avatars possess their own motives to meet the Tunche which is presented in comic book-style panels as you progress through the four main areas. The art direction is flawless with incredibly detailed assets and smooth animation which replicate that of a modern Cartoon Network production. The greenery of the jungles leaps off the screen, further establishing the endearing complexion of the world. Luscious vistas celebrate the natural beauty of South America, pulling you deeper into the rainforest enticing you to venture further. Adding authenticity is the earthy soundtrack that perfectly compliments the visuals. The music does a great job of helping to establish the atmosphere without feeling overbearing.

Tunche is a refreshing take on an established genre. The incredible aesthetics will immediately make this one stand out amongst its peers but its faithful implementation of mechanics hinders the experience. Whilst the rogue-lite features put a fun twist on every run, the repetitive combat can quickly become tiresome. Although there are a few issues, it’s certainly an interesting game that shines when playing with others.

*** An Nintendo Switch key provided by the publisher ***

• Incredible Design
• Easy to Pick Up and Play
• Progressively Getting Stronger 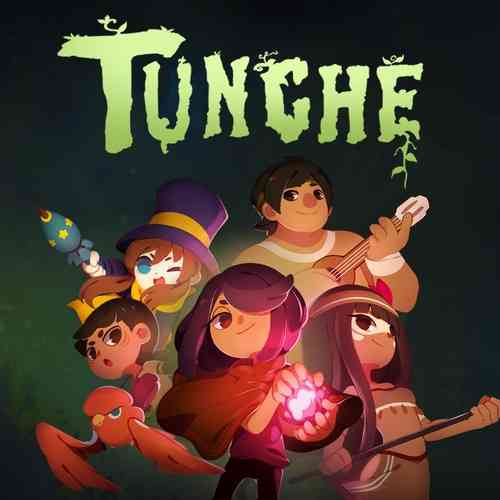