Tony Hawk’s Pro Skater 2 was a cultural phenomenon. I would give it major credit for the current hugeness of skateboard culture, and extreme sports being popularized in general. If you’re a fan of the original games, then you definitely want this collection. It’s an enhancement and celebration of everything you already know and love about those games. If you’ve never played any of the Tony Hawk’s Pro Skater games before, Tony Hawk’s Pro Skater 1 + 2 is the best place to start.

There’s so much content in this game, including: multiplayer, create-a-skater, create-a-park, an experience system, points challenges, score boards, etc. One could easily get lost in the many modes offered. My only problem with the game is that I’m still burnt out from playing too much Tony Hawk Pro Skater 2 on Nintendo 64, and I found things got repetitive quickly. Anyone new to the franchise, or anyone who didn’t burn themselves out back in the day, are in for a real treat though.

Almost the entire original soundtrack is represented in Tony Hawk’s Pro Skater 1 + 2. Every single track I remember is here (including the most important: Superman by Goldfinger). There’s even a newly created soundtrack, which is honestly pretty weak, but the game has enough customization options to make it so you’ll only hear the tracks you want to. 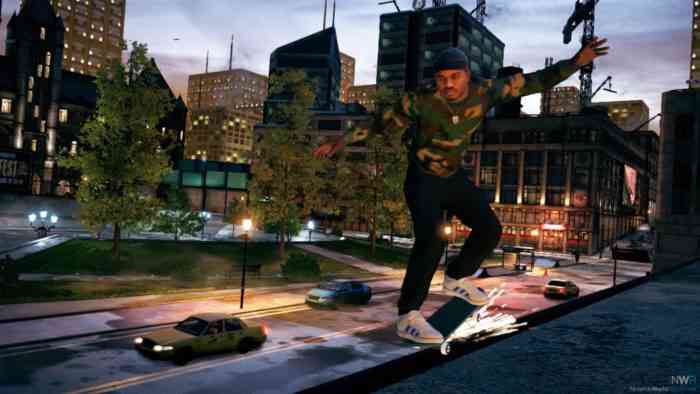 Even though the controls are closer to newer Tony Hawk Pro Skater games, there’s still the option to switch to the controls to those of the original two games. Everything is so customizable that the only piece of the Pro Skater puzzle I was missing was the secret Spider-Man character from Tony Hawk’s Pro Skater 2. My only huge complaint is I wish they’d given more robust create-a-skater options. For sure players will be able to make their dream board, but the skaters themselves are very limited. For a fatty ding dong like me, it was a bit of a bummer to not be able to make a skateboarder that looked anywhere close to me. The best I got was an anorexic Seth Rollins look-alike.

The Switch version doesn’t have as good of graphics as the PS5 or Xbox Series versions, but they’re still fine. I doubt most people are playing Tony Hawk’s Pro Skater 1 + 2 for the mind-blowing textures and realistic character models anyways. What’s much more important is that the framerate is solid, and the game plays smooth. It works just as well in portable mode, so if you’d like an on-the-go version of Tony Hawk’s Pro Skater 1 + 2, you’ll be happy to know that the Switch version is as great as one could hope for.

Whether you’re a fan of the originals, or a curious party looking to get into skateboarding games, Tony Hawk’s Pro Skater 1 + 2 is a must play. All the original content, a smooth framerate, portability, loads of in-game customization, and a pinch of new content are a recipe for skateboarding success. Only a lack of create-a-skater options and lack of Spider-Man mar this fun flashback. This is what it’s like when worlds collide. 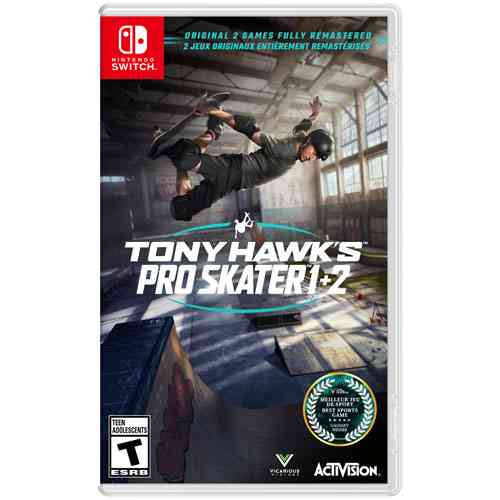