Snake Man! Not exactly a name that generates the same vibe as, say, Spider-Man. It just comes across, on first blush, as kind of creepy. Especially when you see the character model – an unmasked snake man in a pair of tights being marketed for kids. It’s a fundamental misstep of the German video game developer, Dososoft. A new company, they came on the scene in 2020, their stated goal is to create fun and colorful games inspired by 8 and 16-bit games. The Super Mario comparison is quite obvious, even though marketing material references Metroidvania.

Snake Man has traveled from his homeworld – simply called snake planet – to save earth from a deadly invasion. That’s a tall tale for one single man, even if he is a Snake Man. So what’s his first assigned task? Find a missing dog. To be fair many a great adventure have started from small beginnings. Younger players will probably accept this narrative with few qualms but more discerning ones will likely roll their eyes. So Snake Man sets out on his quest, making friends along the way, fighting enemies – a variety of mushrooms, bats, spiders, snails, birds and boss creatures. There are also some alien creatures that look a lot like the baddies from the Pacman games.

There are four levels Snake Man must navigate to accomplish his mission and while they are mostly generic – forest, desert, caves – there is a moon level. On the technical side for presentation, Dososoft earns high marks. The character models, sans Snake Man, are colorful and cute. They also bear a striking resemblance to the characters from the PBS series Arthur.

The foreground/platforming areas are done in a hand-drawn style similar to platforming games of yore. The backgrounds are handled in a different and striking manner. They are photo-realistic environments done in parallax layers to create a 3D effect. Very reminiscent of the effect created by Viewmaster slides. The look of the game is it’s main strength. It’s a very visually pleasing game. 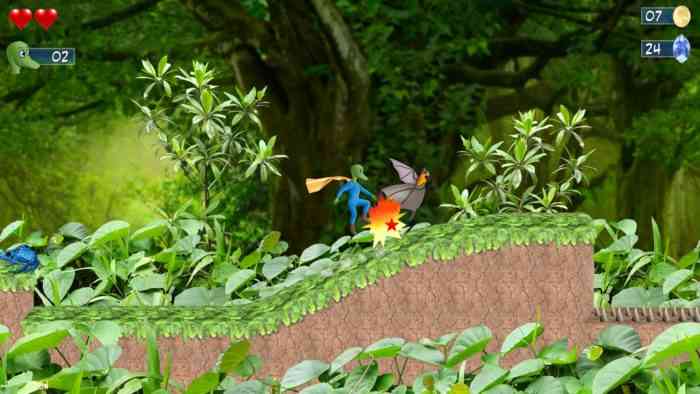 Snake Man starts out with only a jump ability. The game can be played with either a keyboard or a joystick though a joystick is highly recommended. While the game looks great, unfortunately, it controls very poorly. There is an incredibly off-putting floatiness to the jump action. You can almost levitate. I suspect the jump was designed this way to make the game more accessible to children. But the reverse effect is created. The floatiness of the jump makes the action so slow. This amps up the difficulty of traversing sections of the levels where quicker speed is desirable.

The sluggish jump is offset somewhat when you acquire a dash ability later on. However, that ability is limited to horizontal movement only. So going vertical still remains too slow. Later power-ups, in addition to the dash, include a double jump and an attack action that allows you to smash through blocks that hinder your progress. Unfortunately, none of these additional power-ups are mentioned until you’re well into the first level. This is annoying especially since you can see areas where you cannot access. For younger players this could lead to incredible frustration. 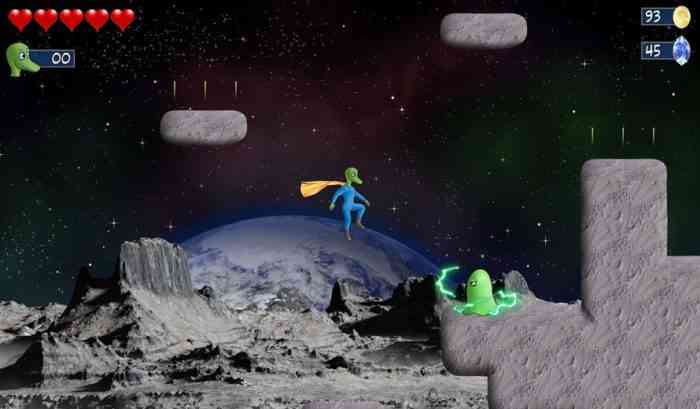 Power-ups are achieved by clearing levels of objects such as coins and crystals. And defeating bosses. Bosses can be unnecessarily tough because of the soft controls. Plus you don’t start out with much health and it only takes two hits at the start of the game to kill Snake Man. The save system is also too strict. While the levels are not overly large, the inability to save at any point makes for unwanted replaying of sections because of the sluggish controls.

Snake Man’s Adventure feels exactly like what it is. A first attempt. While Dososoft may have a handle on the technical side of things, the company needs more experience and/or creative aid in the fashioning of their games. As Snake Man stands or slithers, it is too difficult for young players and too simple narratively for older ones. 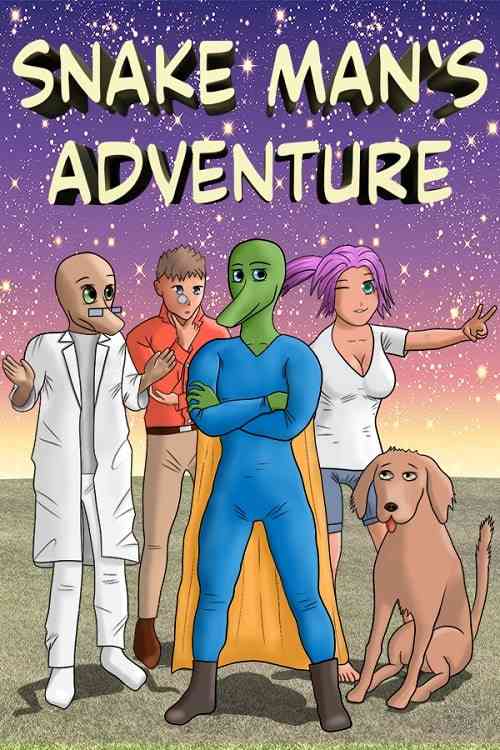