If it stretches credulity to imagine a single athlete medaling in over a dozen, disparate sports, then try to wrap your head around that same athlete being a balding, geriatric, bespectacled dude with all the weight and muscle tone of the Stay-Puft Marshmallow Man, competing in an outfit consisting of a hard hat and Fred Flintstone leopard skin. To its credit, Sega’s Olympic Games Tokyo 2020 encourages that kind of silliness via a character creator that focuses almost exclusively on appearance over physical prowess.

In Olympic Games Tokyo 2020, neither the whacky costumes or any other visible attribute have any impact on your character’s ability to win at whichever of the game’s 18 sports are being played. Instead, success at each of the arcade-style simulations is the result of well-executed and timed button presses, pretty much absent of any significant deeper strategy (though the game does offer some hidden timing tips). Winning the qualifying round moves you to the semi-finals, and then on to the medal competitions. Each win awards coins that can be spent on outfits, many of them ridiculous in the context of the Olympics, at least. This is not a deep dive simulation into any sport, so you won’t be tweaking or upgrading your athlete for optimal performance in judo, let’s say, over BMX racing, although your stats do change during the course of your Olympic career. The stats — either mine or those of my competition — never seemed particularly relevant to the way I approached the match or round or race. 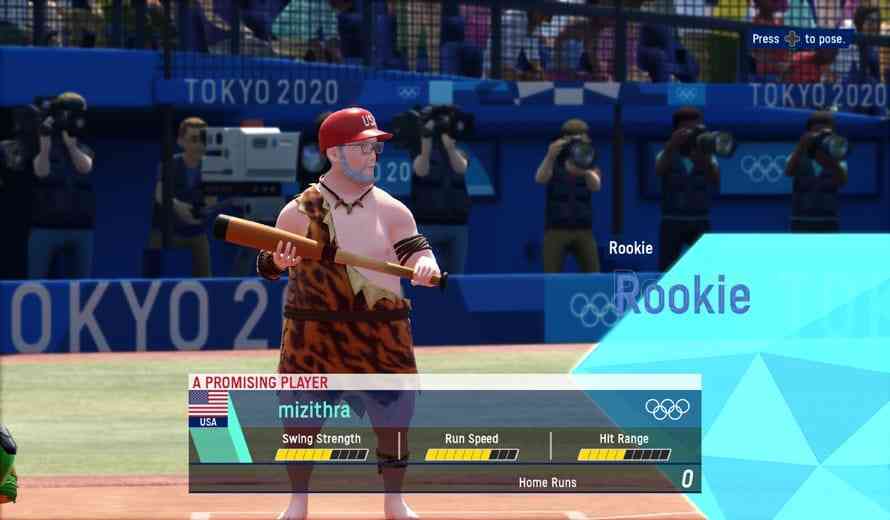 Some of your favorite sports are probably here, but it’s a safe bet that many won’t be. Olympic Games Tokyo 2020 includes 18 sports over a pretty wide range of types, from swimming and boxing to track and field, to team sports like baseball and basketball, to more recent things like wall climbing and BMX racing. There’s no diving or fencing or skateboading, no shooting or pole vault or any form of gymnastics. It seems like there is a missed opportunity for either using some of those coins for accessing new events instead of cosmetics, or, god forbid, even microtransactions to unlock them.

Olympic Competition Minus The Years of Training

Graphically, Olympic Games Tokyo 2020 has a pleasant and vibrantly colorful semi-cartoon aesthetic that captures the flavor of each event, and the soft-around-the-edges look matches the controls, which are generally simple and direct if not always precise. Few of the sports have more than a few different inputs, instead mostly relying on timing, which grows increasingly demanding over the course of each stage. In fact, the difficulty curve between the joke-like prelims and the medal rounds is pretty precipitous and maybe even a bit frustrating. Ultimately, while it’s refreshing and fun for a while to just sample and enjoy the different events and arcade-simple controls, the lack of depth works against making a long term commitment to finishing on the gold medal stand in everything. Just like in the real Olympics, not every sport is equally engaging. The team sports hold up much better than some of the solo events. 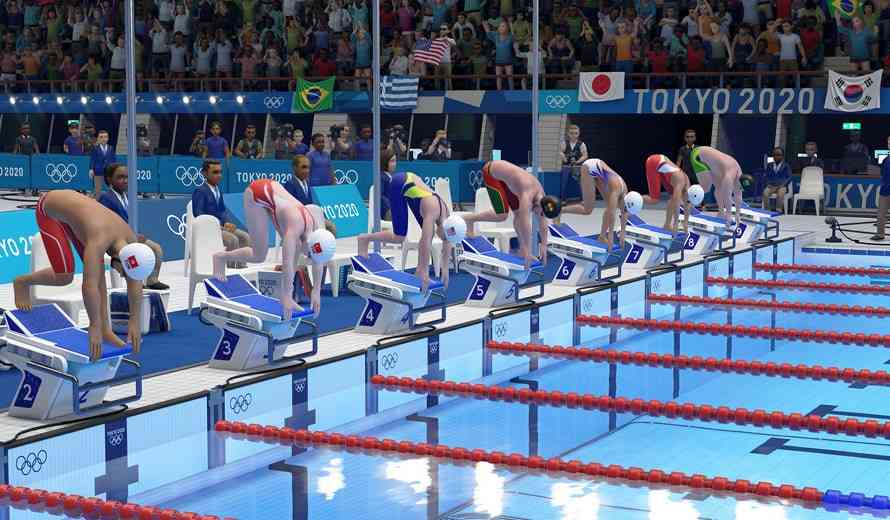 Peripheral to the core of Olympic Games Tokyo 2020, the game offers the chance to compete against or with other humans, which can also be silly fun if they’re imaginatively costumed and the practice mode offers up a number of real-world athletes to compete against. Apparently, the licensed and iconic Olympic fanfare was unavailable, but the game’s music and sound are fine, if totally unremarkable, with announcers that are entirely lacking the pretentious gravitas of the real Olympics, probably for the better. 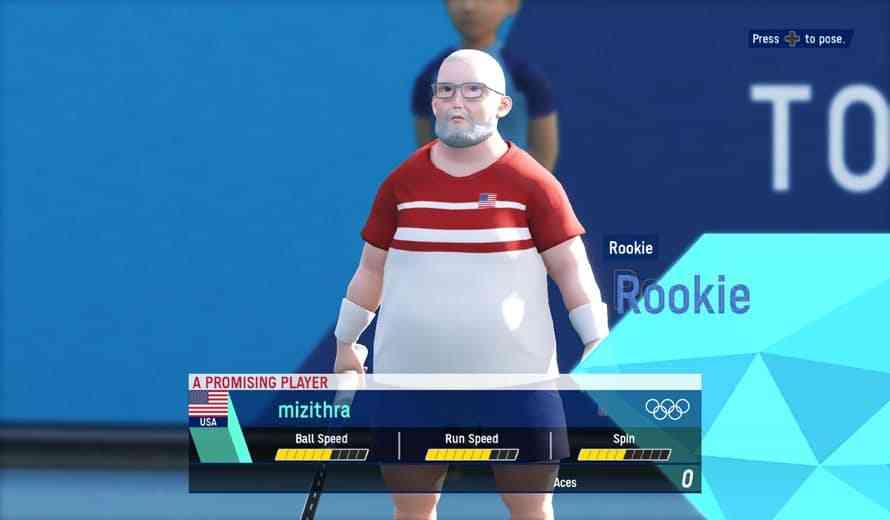 Although not the deepest diving pool, Olympic Games Tokyo 2020 is still entertaining enough to splash around in for a while. The variety of events is broad, if not comprehensive, missing both some niche sports and more popular mainstream favorites. The controls are easy to grasp if not necessarily master, with mechanics that now and then demand a bit of strategy and skill. The character creator is a lot of fun and the multiplayer implementation elevates what could be a pretty barebones experience into something more engaging. Olympic Games Tokyo 2020 is considerably better than just a cash grab game tied to a singular cultural event, but it’s not the gold medal winner of sports sims either. Hey, there’s nothing wrong with going home wearing a bronze medal. 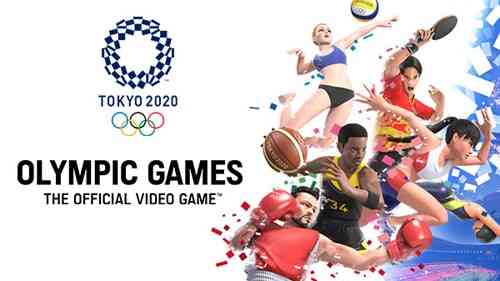