This Is the Police Review – Good Cop, Bad Cop

This Is the Police Review

Weappy Studios’ This is the Police comes at a time when issues of police brutality and corruption are running rampant, whether on the news or on social media. And while this adventure management sim dabbles into these topics, don’t get your hopes up for any sort of intelligent social commentary around the matter. That’s because This is the Police is mainly interested in telling its own story, and that is of soon-to-be retired police chief, Jack Boyd, voiced wonderfully by Duke Nukem himself, Jon St. John.

Having been forced to step down by the city of Freeburg’s shady new mayor, John has 180 days left on the force and in that time has to earn himself half a million dollars. Attaining that goal doesn’t come quite as easy as he had hoped as Freeburg is more ripe with criminal activity than ever before. Jack, riddled with his own personal struggles, must now balance between good cop and bad cop as ties to the local mafia grow stronger by the day.

“Juggling between maintaining an efficient and happy crew while doing my best to answer every call is part of the fun, even if I sometimes couldn’t answer all of them.”

It’s this balance between doing what’s right and what’s wrong that makes This is the Police very compelling to play. As Jack, I had to keep on top of crime going on in Freeburg by way of a top-down view of the city. This is done by sending police officers out in response to frequent emergency calls. Some are more serious than others, and some may even be false alarms. A successful mission means apprehending the suspect and having your cops return to the station unharmed. The trick is deciding who and how many of your cops can complete the job, since sending them out results in them being inactive for a duration of time. Send too many out at once, and you may be short staffed just when a major crime or event occurs. Occasionally, a call may take an unexpected turn. For instance, I sent out one of my best officers to handle a routine robbery only to have it escalate and turn into a hostage situation. I sent backup and was treated to one of three possible scenarios to handle the assailant. Since both of my officers had a high score in Professionalism, they were both able to easily subdue the attacker and come away unscathed. Other times I wasn’t so lucky.

In addition to a skill rating, your officers also have a fatigue level and a unique trait that shouldn’t be overlooked. One of the biggest blows was when I ignored one of my officers’ drinking problem, indicated by a bottle on her profile card. She always performed well on her shifts, but she would regularly ask for a day off to recover from last night’s hangover. Putting Freeburg’s safety above my own staff, I always declined her request. It all went south when I sent her out on a call expecting another job well done only to have a window pop up telling me she was still drunk and crashed the cop car, killing herself in the process. It was an unfortunate gut punch but it made me more painfully aware of how I treated my staff. It isn’t always so dark, though. Some officers in blue are just lazy or make excuses to not come into work. I was particularly amused when one of my rookies needed a day to finish his romance novel. Juggling between maintaining an efficient and happy crew while doing my best to answer every call is part of the fun, even if I sometimes couldn’t answer all of them.

Keeping on top of your team is only half the battle. As police chief, I had to make sure I was keeping requests from City Hall in check to net some extra cash. These present tougher morality based decisions like having to fire all of the black officers on the squad, or whether to interfere during a large feminist rally. Abiding to City Hall demands earns the respect from the mayor which means more money in your pocket. Refusing offers tightens your relationship with them and the less they will honor your own requests for extra training, staff parties, etc.

What makes Jack’s predicament so interesting is when he begins to start playing into the mafia’s hand. The quickest way to earn the big bucks is turning a blind eye to the criminal workings of the local mob boss. While I was definitely paid handsomely, there are consequences as well. Some of my staff chose to quit or take up the bottle, more civilians were dying, and so on. Sometimes I felt that the game was pushing me to help out the bad guys instead of giving me the choice, but it didn’t really hinder my enjoyment.

“The excellent visual novel-style, animations, and minimalist character designs give off a surprising amount of personality, and the voice acting is, once again, top notch.”

If this all sounds a little overwhelming, it sometimes can feel like that but This is the Police is also refreshingly laid back. I’m not fond of games that have time limits but This is the Police never felt strenuous. During those times when I knew I had a lot on my plate — whether it was managing calls, municipal requests, mob demands, or solving investigations — I was genuinely surprised at how well the systems gelled together. Maybe it’s the cool collection of vinyl you can select from at the beginning of each day to play in the background, but I always felt calm playing This is the Police.

With all of these systems at play, as well as a never-ending cycle of choices, it’s a shame that This is the Police tends to overstay its welcome. The 180-day time limit is far too long and eventually, the game runs out of ideas somewhere around the halfway mark. The repetition kicks in and the day-to-day gameplay loses its steam. Thankfully, the story of Jack Boyd stays interesting enough to justify reaching the end. 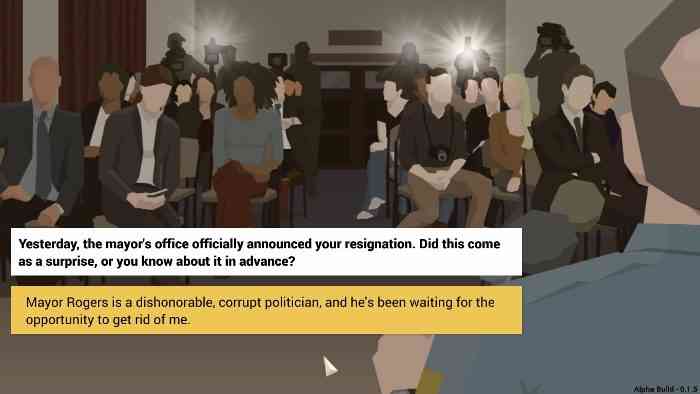 As far as presentation goes, This is the Police is a definite treat for the eyes. The excellent visual novel-style, animations, and minimalist character designs give off a surprising amount of personality, and the voice acting is, once again, top notch. The dialogue is strong too, especially Jack’s narration filled with metaphors and his opinions on the people around him.

This is the Police nails its efforts in mashing up a management sim with an engaging noir story. However, top notch presentation aside, the gameplay tends to grow a bit weary somewhere in the middle. Having said that, fans of management sims should still give this a look. There are interesting systems at play and most of them make This is the Police worthy of your time. 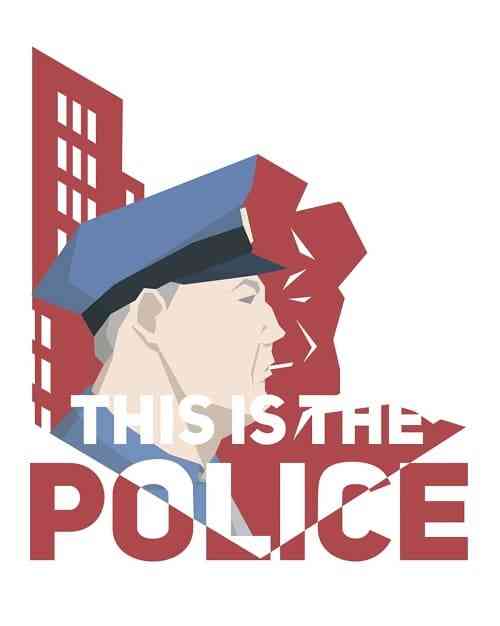