Today I was a galaxy. Yesterday I was a swarm of Krill. Who knows what I’ll be tomorrow. I love Everything. Well, not everything, but Everything… ugh, let me start again.

Playing the new art-game, learning tool, zen meditation, universe simulator thing from developer David OReilly is a very special experience. It’s a game where being is the primary goal and seeing the world in new ways is profound in its regularness. It will change your life if you let it.

Where does one begin when attempting to describe Everything? Traditional descriptions are pedestrian and don’t really touch the majestic core of this thing. If I were more enlightened maybe I could manage it, but unfortunately, I think I’m doomed to simply scratch the surface of the emotions this game evokes.

Everything is a game about scale. The microscopic, the tiny, the small, the less small, the large, the huge, and the enormous are all bestowed with an equal amount of importance and wonder. Everything wants you to explore the full scope of the universe. A universe that we often forget consists of much more than our own short and small lives. There’s something inexplicably transformative about roaming the verdant hills as a grizzly bear, then shrinking down into a lone stalk of barley, and then shrinking down to the aphids crawling on the barley, and then shrinking into the particles that make up the aphids crawling on the barley. In this way Everything has the power to viscerally alter the way you relate to the world. That probably sounds like a lofty bullshit claim, but Everything has this uncanny ability to show life from a million different perspectives, each one just as valid and important as our own.

“Everything wants you to explore the full scope of the universe. A universe that we often forget consists of much more than our own short and small lives.”

Soundtracking this profound experience is the equally profound — or frustrating, depending on perspective — Alan Watts. He speaks in riddles and metaphorical oxymorons yet you can’t help but believe he’s onto something, at least some of the time. Then again, I’m not certain the things he says are meant to be understood on an intellectual level. When he spouts lines like “You are an aperture through which the universe is looking at and exploring itself,” it’s easy to simply wave a hand and laugh it off as some hippy-dippy nonsense, but if you take a moment to try and actually see life in this way, it is possible to experience a drastic shift, if only for a moment. And Everything acts as a tool to help with that shift; a sort of interactive Buddha guide.

If all this ‘being’ proves too much work for you the game can also play itself if you prefer (another metaphor perhaps?). It can serve as a compelling screen saver. Right now I’m watching the game march a trail of ants and cockroaches through the lined grooves in the sidewalk. Earlier a lone strawberry was rolling around in circles thinking thoughts about lenticular galaxies to itself. I was laughing at it. With it?

If I were being less airy I would describe Everything as barely a game. It’s an interactive thing where you move through a digital world and just be. There is no real goal or purpose to it all, except the goals or purposes you choose to overlay – much like real life. The things you choose to be can’t do anything other than sing or dance, which hardly have any real impact on the game, but if you’re coming to Everything with any expectations you’re setting yourself up for disappointment. It’s a game that makes you think things and feel things that you aren’t used to thinking or feeling. And it has a good sense of humor about it all as well. Life doesn’t have to be this big serious thing that needs years and years of deep thought devoted to it. Actually maybe it does… but time is just as well spent enjoying and experiencing it. And Everything is a surprisingly pleasant way of doing just that. 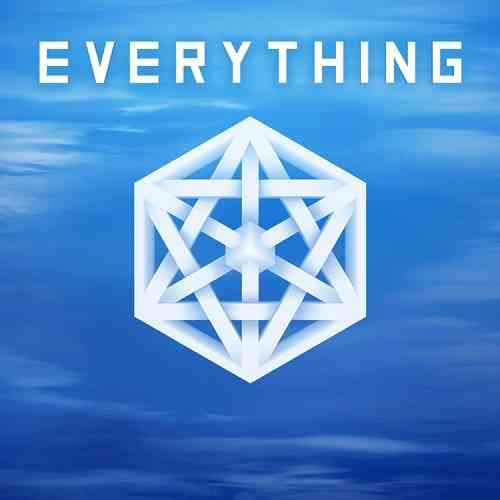