With the recent release of the highly anticipated Nintendo Switch, many of us are still looking for just the right equipment to optimize our individual experiences with the versatile console. While Turtle Beach’s Earforce Stealth 350VR headset was originally designed for VR gameplay, the company had recently announced that the Stealth 350VR was one of their headsets that were compatible with the Switch out of the box. This review will focus on its use for Nintendo’s newest console as we continue our mission to find just the right cans for the Switch.

In spite of its long name, the Stealth 350VR is a clean and simple headset, with no RGB lights, suspension, or other doohickeys to speak of. It comes in a understated matte black with white accents, with silver Turtle Beach logos tastefully stamped on the inside of the ear covers for a splash of glamour. While this plain design might be a negative point in other cases, it is fantastic in the context of using this headset for the Switch — you can easily wear this out and about without being too ostentatious about it. After all, whipping out a Switch and propping it up somewhere will do enough of that for you.

“In spite of its long name, the Stealth 350VR is a clean and simple headset, with no RGB lights, suspension, or other doohickeys to speak of.”

The Stealth 350VR has 50mm speakers, a 3.5mm connector, and a plethora of cables so that you can play your way. For the Switch, you only need the audio cable when playing, and Turtle Beach has helpfully supplied cable management straps to keep everything tidy as you hold the tablet within arm’s reach. And I’m not sure if we’ll ever need this on the Switch, but the Stealth 350VR also comes with a noise cancelling mic that can be detached when not in use. The two buttons on the left side of the headset are hard plastic switches for tactile control, though the two wheels that control audio amplification and bass boost are a tad slippery. 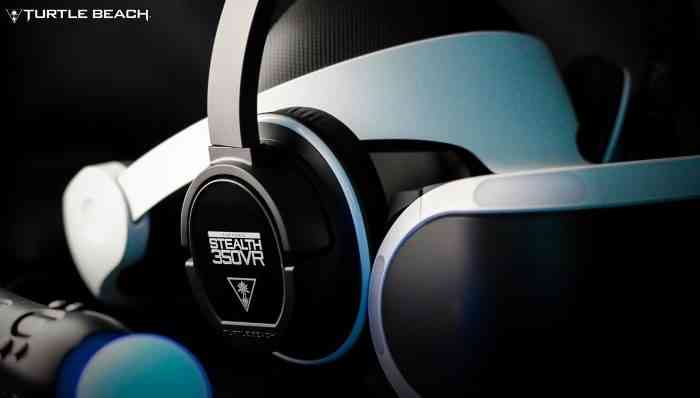 With its light design and breathable foam ear cushions, the headset is incredibly comfortable to wear for long periods of time. The Stealth 350VR has an adjustable headband which lightly clicks into place, feeling solid while being easy to tailor to your preference. The memory foam cushion on the inside of the headband (a vestigial VR feature that was meant to comfortably go over HMD cables and bands) feel a little strange as it presses onto the top of your head, but it isn’t too much of a detractor.

For a value priced headset, the audio department is where the Stealth 350VR really shines. It comes with a built-in rechargeable audio amplifier that made me realize I never fully appreciated the sound design of The Legend of Zelda: Breath of the Wild until now. Suddenly clear to me was the tingle when discovering a Korok, the booming bass of monsters exploding after defeat, the rain and thunder and lightning in the Faron Province. The wacky soundtrack of Splatoon 2 pops on this headset, and the Switch UI sounds crisp and clean. The headset also comes with an integrated bass boost wheel, further enhancing in-game audio. The downside of the Stealth 350VR is that it isn’t sound cancelling at all, which is might actually be a good thing if you are playing the Switch on the go — please pay attention to your surroundings! 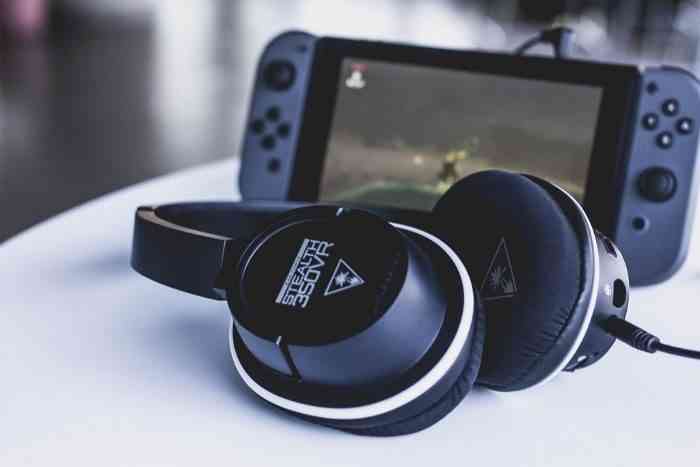 The Stealth 350VR also packs a battery life that far outpaces the Switch, so feel free to listen to music to your heart’s content when your system dies. Turtle Beach claims that the headset will last for over 30 hours, so that’s enough to drain your Switch and recharge it a few times over. This headset is also simple and easy to use, with no gimmicks and no software you have to fiddle around with.

“Overall, Turtle Beach’s Stealth 350VR is a solid value priced headset that forgoes unnecessary features and instead throws in some much appreciated bonuses.”

Overall, Turtle Beach’s Stealth 350VR is a solid value priced headset that forgoes unnecessary features and instead throws in some much appreciated bonuses. Its sleek, yet understated design makes it fashionable to wear outside with your Switch tucked under your arm, and is generally comfortable with its light weight and fabric-covered ear cushions. Alongside it’s integrated audio boosters and a detachable mic, all at an affordable price, what more could you ask for?

***The Stealth 350VR was provided by Turtle Beach for review*** 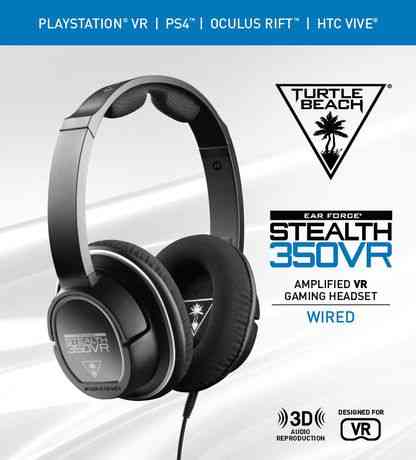 Animal Crossing: New Horizons Will Have At Least 383 Villagers
Next NeuroVoider Review – An Addictive Roguelike Adventure
Previous Everything Review – Everything You Want to Know About Everything