NeuroVoider predicates itself on the will to survive in a way that other roguelike games fail to instill in the player. There’s a palpable sense of fear through the loss of progression when going through NeuroVoider’s campaign. This twin-stick shooter shares elements with other games in the roguelike genre, but NeuroVoider raises the stakes and in doing so provides a more challenging and rewarding experience as you make your way through the void.

Skills, classes and randomly generated worlds are the bread and butter of roguelike games, and NeuroVoider doesn’t deviate too much from the formula. Mixing and matching between the classes and skills, on top of the constant change in scenery, results in an experience that is consistently fresh and challenging. My main loadout consisted of the tank-like fortress class, a slower-moving but more powerful variant, coupled with the ability to replenish a third of my health every so often. I immediately noticed the subconscious change in tactics I employed as I tried different classes and had to deal with incoming enemies and bullets a little bit differently each time. NeuroVoider’s close camera makes it so that enemies charge from one part of the screen in a flash, forcing the player to be on their toes at all times while monitoring the position they’re in and where they are heading.

“Movement upgrades and a plethora of weapons to choose from enable the player to feel as though they are growing more powerful with each level.”

To make things more interesting, NeuroVoider throws a plethora of different enemy types with different shooting abilities. Standard minion units with fast moving laser fire combine with mid-sized units that may have a slower, punchier laser or a time-sensitive grenade that teasingly moves towards the player at a slower, more deceptive rate. NeuroVoider is as much a game of fast eyes as it is of fast fingers, especially in the occasional boss fights that hurl plenty of bullets and bullet types at the player alongside a mass of enemies.

You’re tasked with collecting points as you make it through missions, blowing up reactors as you go along, to then use them to upgrade your rig in a deep and rewarding customization system. Movement upgrades and a plethora of weapons to choose from enable the player to feel as though they are growing more powerful with each level. 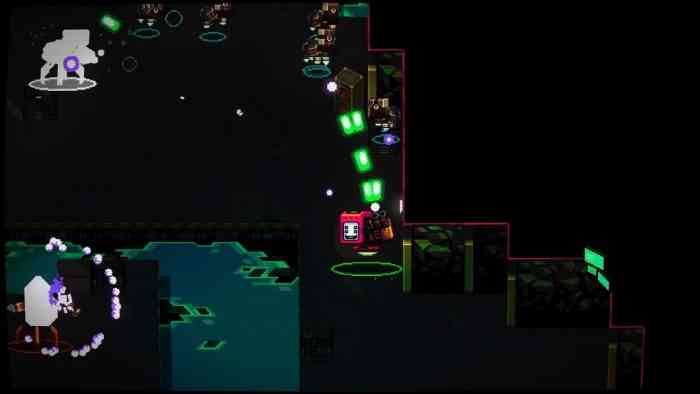 The actual movement and firing mechanics feel perfect and I noticed a tangible improvement in my abilities from one level to the next as I grew more powerful. Getting into situations where enemies are coming from all sides eventually turned into setting traps and luring elite enemies away from a horde one by one. NeuroVoider allows the player to approach levels in their own way and use their arsenal of weapons and upgrades to change the style of play in each level. This is most apparent when attempting to conquer the Metaverse levels that offer huge loot rewards in return for an increased challenge. These levels tease the player with high rewards but could lead to a ‘GAME OVER’ screen if your rig isn’t well-equipped enough to handle them.

“All manner of electronic tunes, that somehow always fit the level and scenario, elevate the experience tremendously.”

More impressive than all of that is NeuroVoider’s soundtrack and breadth of environments. Glowing neon cities, dark underground expanses, and grassy meadows scattered with debris on top of one of the best soundtracks of this generation make an already wonderfully mechanical experience transform into a must-play game. Were it that NeuroVoider attempted to do something different within the roguelike genre, I might have considered it one of the best games of this generation. All manner of electronic tunes, that somehow always fit the level and scenario, elevate the experience tremendously.

NeuroVoider doesn’t do anything particularly different, but everything that’s there is executed with brutal efficiency. Tight combat, deep customization, a breadth of different gameplay styles, an astounding soundtrack, breathtaking environments, and an addictive gameplay loop that always pushes past the ‘GAME OVER’ screen makes NeuroVoider one of the best games I’ve played this year and a must-play for fans of the roguelike genre. 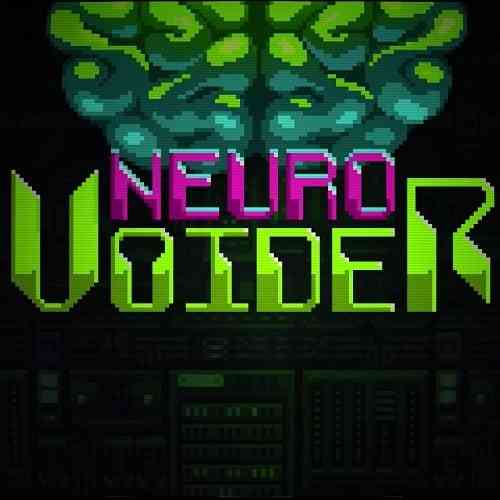 
Stasis: Bone Totem is a Return to Grungy Sci-Fi Horror