The Witcher Adventure Game Review – Digital or Board Game Version, This is a Great Game

Creating board game versions of popular franchises has been popular for ages, but I rarely end up purchasing them. I pass them by in whatever local game shop I’m frequenting and think “hmm that’s probably fun” and then carry on. After playing The Witcher Adventure Game’s digital version, this is the first time in a long time that not only am I contemplating running out and grabbing a physical copy, but I find myself wanting to play more and more with my friends. The offline mode taught me, a couple online games had me hooked, and now I seriously need a physical copy for my living room.

The objective is simple, and can be altered slightly to change the length of the game. Players start the game as one of four characters who should be familiar to fans of the Witcher: Geralt, Triss, Yarpen, and Dandelion. Each character’s objective is to gain the most victory points possible before anyone finishes one, three, or five main quests. Points are earned multiple ways, with the most common being to complete side quests, slay monsters, and draw cards. Once a character completes the set number of main quests, the remaining players have one final turn to attempt to surpass the leader in points. The player with the most VP at the end of the game wins. It’s a pretty simple concept to grasp, which is one of the most important things about board games. Thankfully there are plenty of mechanics to make this a much deeper and interesting experience than your average game of Monopoly or Risk. 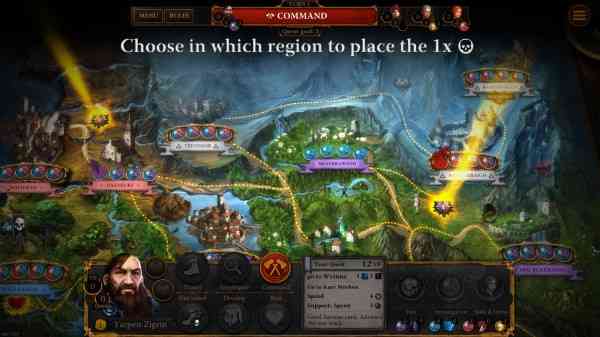 “The offline mode taught me, a couple online games had me hooked, and now I seriously need a physical copy for my living room.”

Players are given a set amount of dice to roll in combat, including combat and hero dice. Combat dice are either attack, defence, or blank. Hero dice are based on the character’s skills, and can give you extra options in combat based on your Development cards. A hero needs to match the dice with the enemy’s stats to successfully block and/or defeat monsters. For example, a bandit might have a requirement of three attack dice to defeat it and zero defence dice. If the player fails to roll the appropriate dice, they get a negative effect such as lost gold, or a wound. Wounds hinder a player’s ability to perform actions, and generally need to be treated quickly or they’ll pile up. I found the system to be rather fun, and as long as you’re careful and stock up on Development cards early, you’re rarely in any real danger from combat. It’s a fun system that remains simple yet diverse if your character is upgraded. 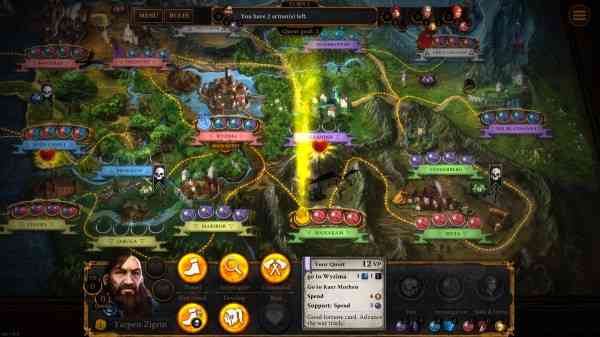 There are four main types of cards that can influence your hero: Development, Investigation, Good Fortune, and Foul Fate. Development cards improve your hero and are unique to each character, offering different bonuses for each personality. While everyone gets combat advantages, these cards can also impact the game board in numerous other ways such as moving Foul Fate tokens or taking an extra movement in a turn. Investigation cards are your main way to advance the game and complete your main quest, generally offering leads for you to save up. Good Fortune cards are always granted when completing a main quest, and are typically single-use cards that give bonuses like extra gold or proofs. Foul Fate cards are generally bad unless you get lucky, and set you back in numerous ways such as wounding you, making you fight an enemy, or placing monsters in the region. 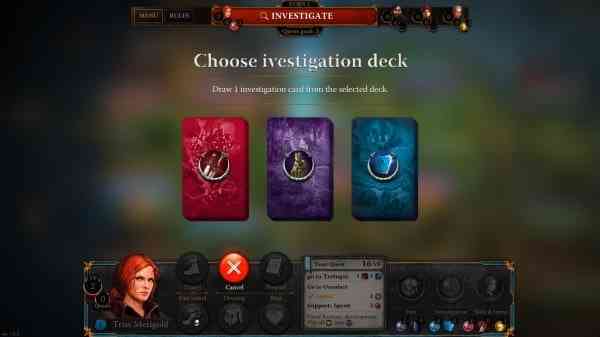 One of my favorite things about this game as opposed to many others is that each character certainly feels and plays differently from the others. Geralt focuses entirely on combat, and can easily defeat any monster. It’s a very straight-forward approach that’s a great way to learn the game. He gets extra hero dice in combat. Triss is a little different, but still focuses primarily on combat using her spells that can be charged up. She has a couple abilities used out of combat like an extra movement each turn which allows you to stock up on proofs quickly. Yarpen is interesting, as he gets extra wound slots so he can carry on longer before needing to rest which helps him a lot in the early game. He’s also a bit more based around combat and control, as one of his skills allows him to look at the top of cards and he can summon dwarven companions to help with obstacles. The most unique character in my opinion is probably Dandelion, with the least amount of development cards that help with combat. Instead, Dandelion focuses on sticking close to other players and using their success to further bolster his own. 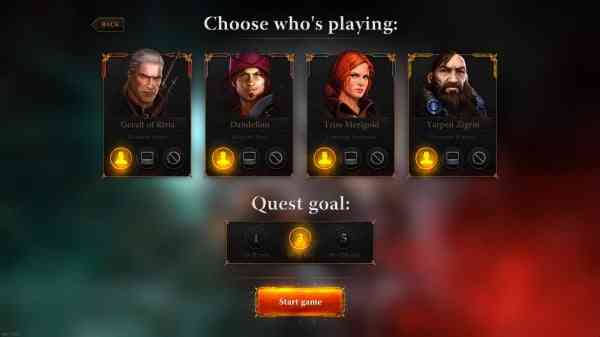 So, why buy the digital version? Well if you have a tablet, this is simply a better choice over the physical copy. No cleanup or setup. Actions happen without having to fiddle with physical pieces. People can’t cheat or bend the rules somehow. For those without a tablet, you can still easily play this locally on one PC or online with friends or randoms using private or public games. I personally found the offline games a great way to learn the mechanics and develop my own play style. The AI isn’t bad and a new player will likely lose. They certainly peak quickly though, and any Hero can be used to achieve victory somewhat easily once you know what you’re doing. There are a couple small problems that could have used some polish, like how the Hero pieces move awkwardly across the board or how other players’ turns sometimes go by too quickly for you to read or understand everything that’s going on (especially when it’s your first few games). These are distracting, but I wouldn’t say the game is terrible or unplayable because of this at all.

Online so far seems somewhat balanced, and is why I now want a physical copy. I enjoy playing this game a lot by myself in offline, and online is fun but at the end of the day I’d personally rather play with a friend that’s right in front of me. If more of my friends follow suit and pick this up, I could definitely see it becoming a staple when we don’t want to spend eight hours playing Civilization or Risk. The variety of win requirements really helps sell the experience, as quite often we’d rather play three short games than one long one so that a few people have a chance to win.

Another really nice feature about the game itself is that it’s not directly a player versus player experience. When people aren’t busy stabbing each other in the back or doing whatever it takes to win, the end result is typically a positive one that leaves people wanting more. Losing by a few points because you made some mistakes isn’t nearly as heart-wrenching as losing because your best friend decided to attack you on what was once a peaceful border. This is a great game for friends and family to pass some time with, whether you’re scattered across the world or conveniently located at home. Do yourself a favour and pick up a copy or four, there are monsters to be slain and victories to be had!

***Reviewed on PC via a code provided by the publisher*** 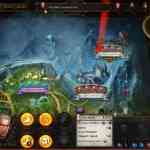 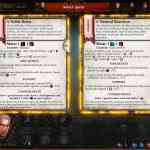 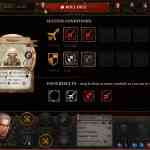 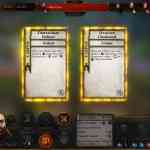 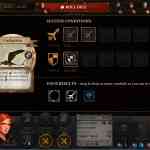 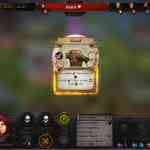 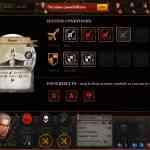 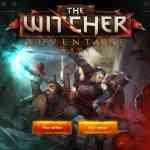